What are sacred objects for? 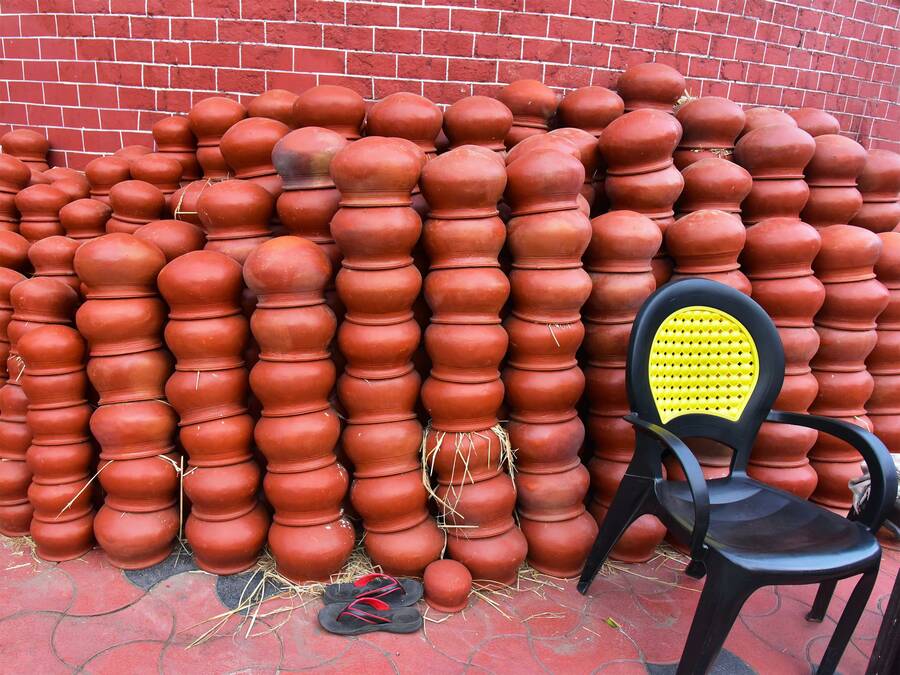 Across the south Indian state of Kerala, Hindu devotees often bring lamps and other sacred utensils with them on pilgrimages, in order to offer these items as donations. Who knows, I may once have been among these donors, on one of the dozens of temple visits I made as a child. The devotees’ gifts have accumulated over so many years that some temples have overflowing storage rooms full of utensils in disuse.

The Travancore Devaswom Board (TDB), which administers 1,248 Hindu temples in Kerala, has long wondered what to do with these utensils, but the situation became newly dire this spring. India’s disastrous coronavirus lockdown ostensibly protected the nation from being overwhelmed by the pandemic, but ultimately left millions at the mercy of hunger, poverty, and state violence. The lockdown also halted temple revenue that came in the form of devotees’ cash donations, even as state governments began asking temples, mosques, and other religious institutions to contribute to public coronavirus relief funds. The people suddenly needed to be fed by the temples and the priests, rather than the other way around. Not for the first time, the TDB considered auctioning off sacred objects and selling or cultivating unused temple-owned lands. The utensils would be more efficacious as a liquid revenue stream, the board reasoned, than as so many forgotten hoards lying in temple storerooms, and the land more valuable in the hands of those who could use it.

What are sacred objects for? Who owns them? How should they be cared for, and what kinds of care do they secure in turn? These questions emerge in Tetzaveh, the eighth parsha of Exodus. The Israelites, of course, are still wandering in the desert; they have not yet erected their Temple in Jerusalem. They are, however, tasked with increasingly elaborate instructions for the building of a Tabernacle, the portable edifice in which God wishes to dwell. While God’s directions to Moses in the previous parsha, Terumah, focus on the Tabernacle’s structure and contents, Tetzaveh focuses on its care and maintenance, which engender complicated new relationships of power and dependence. The Israelites will henceforth rely on the Tabernacle for guidance in the wilderness, the Tabernacle will rely on a newly anointed priestly class to turn regular objects into holy ones, and the priests in turn will rely on the Israelites for their own survival. Tetzaveh suggests that this system can function only when precious objects go from being useless to being sacred.

Much of Tetzaveh amounts to a job description for the high-stakes occupation of Tabernacle priest. Priestly duties, God informs Moses, include entering the Tabernacle regularly, keeping the lamp inside burning eternally, and obtaining oracular decisions. (See the Book of Leviticus, which follows Exodus, for a comprehensive list of responsibilities associated with this position.) Qualifications are simple but inflexible: Those not descended from the priestly line—for now, it comprises Moses’s brother Aaron and his male descendants—need not apply. Applicants must be careful and detail-oriented or risk certain death, as Aaron’s own sons will discover in Leviticus, when they use the wrong kind of fire to make their offerings. Finally, uniforms are required while on the job—and what a uniform. Thirty-six of the 101 verses in Tetzaveh describe the vestments Aaron must wear at the Tabernacle: a breastpiece, an apron-like garment called an ephod, a robe, a checkered tunic, a turban, and a sash. The ephod’s lower hem is studded with bells that tinkle whenever Aaron ministers to the Tabernacle. Entering and leaving the site can be a dangerous business, and it is inadvisable to sneak up on God.

The Bible painstakingly describes the making of each item in the priestly outfit, and it is here that Tetzaveh explains the role of common Israelites in this sacred economy. The people must provide the raw materials—fine gold yarn, precious stones—for the vestments, as for all the other items in the Tabernacle. These materials have been ethically sourced—the Israelites plundered them from their neighbors as they fled Egypt and slavery—and only “those who are skillful” are to be entrusted with upcycling this loot into finery. As Carina put it in her letter on Terumah, the Lord wants “designer wear only, no knockoffs.” And as with all designer wear, the story of its making deliberately obscures the work of the spinners, weavers, and tailors further down the supply chain. We learn later in Exodus simply that the directions were followed, the items produced.

This parsha ends before Moses brings the Israelites word of their new obligations, but they have been enmeshed in a system of mutual obligation with God—faithfulness in exchange for quail and fine, flaky manna—ever since they crossed the Red Sea. In the parsha Beshalach, the divine snack began to appear every morning, like frost on the ground, for the Israelites to gather. Everyone gets as much as they need for the day but no more; saving for the future is impossible. This is not the dependence of a settled society, in which people ask a deity to bring them good rains or a successful harvest. In the wilderness, the Israelites are always aware of their complete reliance on God for food. Later in Exodus, they industriously carry out His intricate building instructions, perhaps because they witness daily the magic necessary for keeping their bellies full.

God demands garish objects made into couture for clerics; the people, in return, will continue to receive their monotonous daily rations. This seems, at first glance, like a bad deal for the Israelites—but is it? The answer depends on how you conceive of value: After all, you can’t buy much in the wilderness with even the finest loot. If the goal is simply to survive in the desert, turning gold yarn and precious stones into sacred objects for the promise of GPS navigation and nutrients seems like a decent exchange. Who besides the priests would have any use for a fine ephod, or an exquisitely wrought breastpiece encrusted with 12 precious stones? The economy sketched in Tetzaveh is tailored to the Israelites’ peculiar predicament, in which there is plenty of gold yarn to spin, and little to eat.

These conditions will no longer obtain once the Israelites arrive in the promised land and turn their provisional Tabernacle into a permanent Temple. In a settled agricultural society, divine magic alone will not be responsible for making food appear; God’s power to guarantee a good harvest will be inextricable from humans’ backbreaking work. By the same token, the life-and-death power of sacred objects will become less totalizing. In the complex economy of a kingdom, precious objects can still be consecrated to God, but they might also serve as commodities to trade with other people. Precious objects do not acquire their power only through priestly intervention; they have value for anyone who possesses them. As the Israelites continue to feed the Lord and clothe the priests, the latter will be transformed from ad hoc conduits with the divine into administrators of a complex institution concerned with its own continuity.

Back in Kerala this year, as storerooms overflowed with brass lamps and the population went hungry, a fight is unfolding over whether or not holy items could be made useful to the people through their liquidation. The TDB’s proposal to auction off the temple utensils was opposed by Kerala’s Hindu Aikya Vedi (United Front), a Hindu nationalist organization, which argued that the objects were too sacred to be sold. Regarding the sale and use of temple lands, too, the TDB faced opposition from local Hindutva organizations, which argued that the agricultural use of these lands ran counter to custom.

In Tetzaveh, useless objects are made sacred, but in Kerala today, it is the other way around: Hindutva organizations insist on keeping sacred objects useless. In doing so, they claim to protect the deserving future from the greedy hands and hungry mouths of the present. These groups insist that temples will retain their holiness only if their endowments—even their stockpiled lamps—are used exclusively in the service of institutional self-preservation. This approach to stewardship renders sanctity synonymous with posterity.

Ultimately, though, even if the TDB were to auction off utensils rather than hoard them, the protection of the temples themselves would remain paramount. If and when the people will be fed, it will be after and through the temples’ own maintenance. In this regard, the temple utensils are not so different from all the other things that are from us and ostensibly for us but not to be used by us. City budgets, university endowments, and other supposedly public stores of wealth likewise require the mediation of modern priesthoods. What would happen if the people were not only obligated to make sacred vestments, but were also initiated into the mysteries of wearing them?

Thanks to Marjorie Lehman for the conversations about manna and priestly vestments in Tractate Yoma (the subject of her forthcoming book, Engendering Yoma). 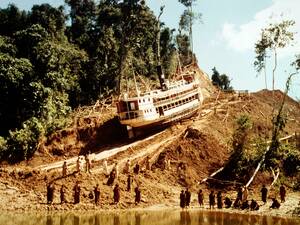 Pratima Gopalakrishnan is a historian of late antique Judaism, and is currently the Perilman postdoctoral fellow in Jewish studies at Duke University.