Despite their antisemitic beliefs, the killers may have more in common with typical mass shooters than with white nationalists. 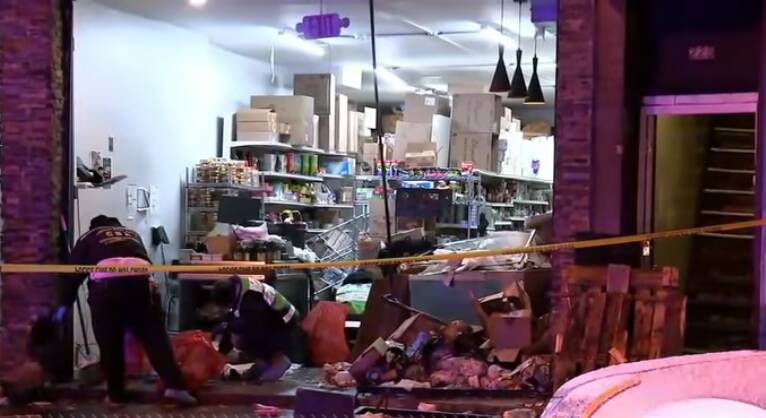 TWO DAYS AFTER a heavily armed couple engaged in a violent standoff with Jersey City police, killing four people at a small kosher market in a growing Hasidic neighborhood before they themselves were killed, law enforcement and elected officials labelled the shooting “terrorism.” New Jersey Attorney General Gurbir Grewal said the two perpetrators had a documented “hatred of the Jewish people, as well as a hatred of law enforcement,” based on the suspects’ social media posts. Amid the subsequent news coverage, the ideological motivation of the shooters has become a central focus of discussion.

One of the suspects has been identified as a possible follower of the Black Hebrew Israelite (BHI) movement, a black separatist religious sect familiar to residents of large East Coast cities, where members set up on corners to preach at and harangue passersby. According to the Southern Poverty Law Center, a minority of Black Hebrew Israelites preach hatred of Jews and white people. It’s tempting to lump this week’s attack together with the recent synagogue shootings in Pittsburgh and Poway, California, both of which were carried out by avowed white supremacists. Understandably, to many Jews it seems like part of a mounting wave of deadly antisemitic terror. The Jersey City shooting appears as evidence that Jews are beset from all sides, hated up and down the social hierarchy and across the ideological spectrum.

At a glance, there are obvious parallels to be drawn between white supremacists and BHI, and a superficial analysis would suggest they are part of the same overarching threat to the safety of Jews. But while they may share antisemitic hatred and deadly outcomes, the way these threats function is different, and there are dangers to lazily equating them. Some pundits are already using that conflation to undermine analyses of structural racial inequality, as Yascha Mounk does in a piece for The Atlantic. Besides unhelpfully stoking racial resentment, analyses such as Mounk’s elide important distinctions. Pittsburgh and Poway fit neatly into the white power movement’s ideological tradition. Jersey City, while no less horrific and tragic, shares more in common with the scores of other American mass shootings intended to serve a range of political or personal ends.

As I’ve previously argued, mass shootings have been committed in the service of all kinds of ideologies or rationales, or none at all. Observe enough of these massacres, and the interchangeability of perpetrators, victims, and motivations can begin to feel like morbid Mad Libs. The particular details of each atrocity vary wildly, especially with regard to the shooter’s stated motivation. But mass shootings have a consistent form and are preceded by similar warning signs regardless of whether they are carried out by a neo-Nazi, a black radical, or a disturbed teenager.

Perpetrators overwhelmingly share traits of social isolation, violence toward intimates, threats toward acquaintances, an obsession with guns, and suicidal ideation. Researchers agree that the most relevant risk factor to outbursts of violence is usually past outbursts of violence and antisocial conduct, not political or cultural influences. Indeed, untold thousands of people, perhaps millions, immerse themselves in bigoted propaganda and spew hate speech without ever committing acts of violence themselves. It’s the clues in perpetrators’ personal conduct that are of greatest diagnostic value to understanding the plague of mass shootings, and thus to preventing them.

As vile as the antisemitism and sundry other bigotries held by certain Black Hebrew Israelites may be, the movement has no tradition of mass slaughter. This is the first public mass shooting committed by an adherent to BHI, strands of which have existed since the 19th century. More typically, BHI adherents get into shouting matches on street corners where they preach. Though the Southern Poverty Law Center classifies some BHI groups as hate organizations and warned a decade ago that many members were growing more militant, it only documented a single instance of violence involving BHI, a homophobic nightclub brawl.

In contrast, mass shootings are foundational to the contemporary white power movement, implicated in Poway, Pittsburgh, and numerous other mass killings targeting Jews and other minorities. Since the early 1980s, the white power movement has developed a particular strategy known as “leaderless resistance.” Following this doctrine, individuals or very small cells may share propaganda and tactics, but they commit spectacular acts of violence alone. The object is to spark a broader racial consciousness and race war while evading law enforcement crackdowns on the movement at large. Since the 1990s, the white power movement has amplified leaderless resistance through the development of an online ecosystem dedicated to appealing to, radicalizing, and mythologizing exactly the kind of people who might be inclined to commit a mass shooting anyway, giving their inchoate rage focus and meaning.

Not much is known at this early date about the strength of the Jersey City suspects’ connection to BHI, or their personal histories of violence and threats, if any. But it’s doubtful they were enmeshed in a social context equivalent to that of the white power movement that goaded members to commit mass shootings: there’s no evidence that such a tradition exists among BHI. Instead, the Jersey City suspects appear like so many American mass shooters who easily acquired assault weapons to shed blood in the service of an incoherent sense of grievance.

For that reason, American Jews worried about rising antisemitic threats need to take a broader view when considering the current landscape of American mass violence. It’s not that the Jersey City shooting should be dismissed as an outlier. But if we want to prevent mass shootings—those that threaten anyone who goes to a public event as well as those that target particular communities—we must have a clear picture of the actual threat.

Alex Yablon is a writer and reporter in Brooklyn. His work has appeared in The New York Times, The New Republic, Business Insider, Foreign Policy, CityLab, Politico Magazine, Splinter, The Atlantic, Vice, Slate, New York Magazine, and The Trace.

Review
A City Without a Country
Mayor, a documentary about Ramallah mayor Musa Hadid, is a devastating satire of local governance under occupation.
Alex Yablon
Sign up for our email newsletter, featuring exclusive original content