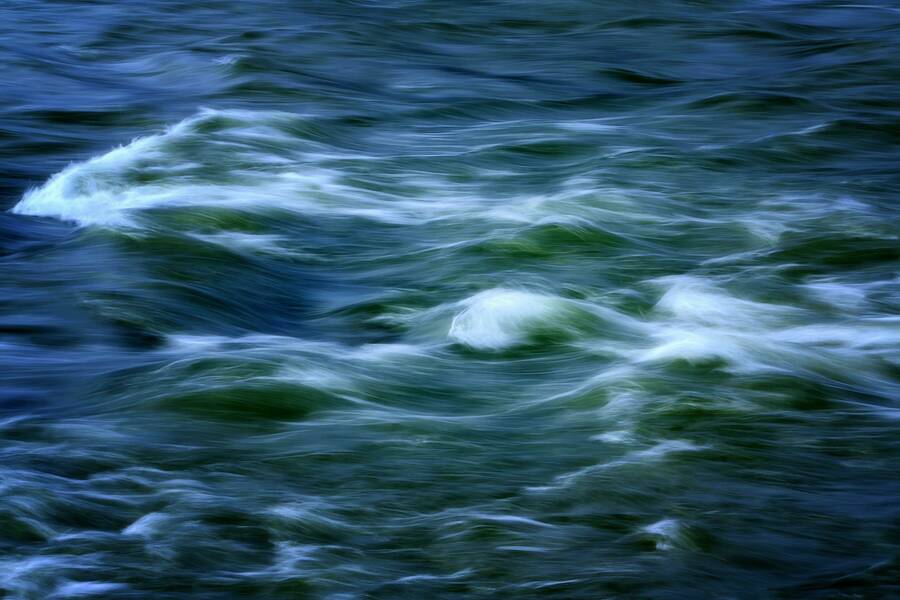 This article appears in our Winter 2022 issue.

In his book The Sabbath, Rabbi Abraham Joshua Heschel distinguishes between two domains of human existence: space and time. He associates space—a realm where one’s gain is necessarily another’s loss—with conquest and displacement, in contrast to the shared realm of time, “where the goal is not to have but to be, not to own but to give, not to control but to share.” Peter Cole’s poem “As:” plays with the tension between these two orientations. When I first encountered it, I read the title as marking a simile, which abides by a spatial logic. Even in claiming proximity, a simile indicates distance—as, after all, is not is—and hierarchy, as one element is subordinated to another. (Isn’t this the very condition of language, Adam wandering the Garden of Eden doling out names to the animals to master nature and know what he is not?) Cole’s poem, too, begins with edenic differentiation: “The river’s parting into four / rivers running through the world.” And yet, as I move through the poem, space and time jostle—first explicitly (“to the ends or end of the world”), then folded into a double meaning (“the light of beginning beginning to end”). When I return to the title now, I can see its temporal dimension, evoking simultaneity rather than displacement. By the last line, it is not Eden’s rivers, but “Eden’s song” that holds us, a movement driven by the poem’s own sonic play. By bringing words into song, the poet suspends language’s denotative capacities—summoning a strangeness that might lead us back toward each other.

Listen to Peter Cole read "As:"

Reprinted from Draw Me After, published by Farrar, Straus and Giroux. Copyright © 2022 by Peter Cole.

Peter Cole’s most recent book of poems, Draw Me After, is just out from Farrar, Straus and Giroux.

Poetry
Song of the Scent of the Beloved
“No one sensory mode sufficed. No / one / sense was enough.”
Nathaniel Mackey
Poetry
Hinotama
“The women were coyotes / in the early hours of night // blood already forming / on their teeth”
Brandon Shimoda

Poetry
Meditations on Celan
Reflections on mystery, translatability, and the limits of the speakable in single Celan poems
Chase Berggrun, Aria Aber, Michael Hofmann, and Peter Cole
Sign up for our email newsletter, featuring exclusive original content
What’s good?
Signup for our weekly Shabbat Reading List for recs on what to read—and why.