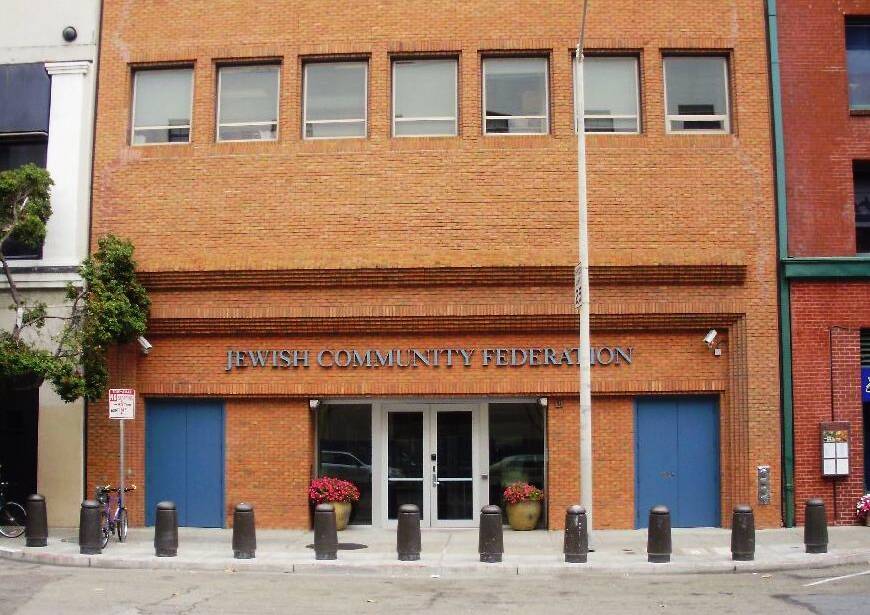 THAT THE ISRAELI GOVERNMENT and patrons of the American Jewish establishment work closely together is common knowledge. Securing a $38 billion military aid package, using the American mission at the UN as a backing block, and shipping hundreds of thousands of young Jews to Israel on Birthright tours—American Jewish leaders have long been steadfast and influential supporters of Israeli government policy, and have tried (with some success) to push their enthusiasm on younger generations.

In recent months and weeks, however, the cooperation between Israel and American Jewish institutions has somehow taken an even more sinister turn. Reporting by Josh Nathan-Kazis in The Forward on the anonymously run anti-Palestinian blacklist site Canary Mission reveals that the group has financial ties to the heart of the American Jewish establishment, and that Canary Mission’s database of US student activists has effectively been weaponized by the Israeli government.

The Canary Mission website launched in 2015, assembling a database of more than 150 academics and campus activists sympathetic to the Palestinian cause by the end of that year. The group did not disclose the names of either its funders or operators, which is why headlines about the site almost always included the words “shadowy” or “secretive.” The database entries themselves included few individuals exhibiting genuine “racism” or “antisemitism” (as Canary Mission has claimed), but instead focused on members affiliated with Students for Justice in Palestine, Jewish Voice for Peace, and other pro-Palestinian groups. Some students and academics, who publicly supported measures to divest funding from Israel, attended lectures by Palestinian professors, or protested the Israeli government, soon found themselves in Canary Mission entries; the database abounds with individuals with Arabic names. A 2015 promotional video produced by the group makes its goals explicit: “Ensure that today’s radicals are not tomorrow’s employees.”

Since its inception, journalists and activists have sought to figure out the people behind Canary Mission, and over the past few months, some answers have finally sprung forth. The Grayzone Project and Electronic Intifada have tied the American lawyer Howard Sterling and real estate financier (and high-profile AIPAC supporter) Adam Milstein to Canary Mission. And on Wednesday, Nathan-Kazis and The Forward connected $100,000 from the Diller Family Foundation, which is mostly known for funding American youth programs in Israel, to the blacklist group. In the story, the Diller Foundation is identified as a “supporting foundation” of the Jewish Community Federation of San Francisco “conducting or supporting activities for the benefit of” JCF-SF, which confers certain tax benefits on Diller. Hours after The Forward’s story first appeared, the Federation and Diller released their own statement, saying they would not fund Canary Mission in the future.

Federations are tentpole organizations for American Jewish communities, disbursing millions of dollars for local Jewish community centers, synagogues, youth programming, Jewish media, and so on. Traditionally moderate, given their deep reach into American Jewish life, federations, like many other Jewish institutions, are increasingly dependent on smaller numbers of wealthier, older donors whose politics tilt significantly toward the right. The exact degree to which the San Francisco federation and its staff had a hand in funding Canary Mission is not known, but that there is any connection at all reflects American Jewish leaders’ and funders’ acquiescence to or enthusiasm for the Israeli government’s campaign to target critics of its policies.

One arm of this campaign is the Israel on Campus Coalition (ICC), which was created by the Schusterman family foundation, a key supporter of AIPAC, and Hillel, the umbrella organization for Jewish student centers across the US. The ICC openly promotes its coordination with Israel’s Ministry of Strategic Affairs, which is primarily known for combatting criticism of the Israeli government abroad, and the Coalition publicly praised the work of Canary Mission as “a strong deterrent against anti-Semitism and BDS activism” in its annual report last year. Although the ICC is seemingly omnipresent in campus Jewish life, working with pro-Israel activists at universities across the country, other groups including Hillel itself, the American Jewish Congress, and the Anti-Defamation League have criticized Canary Mission’s tactics as counterproductive and a step too far.

But whatever division exists over Canary Mission in institutional American Jewish life has done little to stop the group’s work. The Israeli government actively uses the Canary Mission blacklist to prevent those on it from entering the country, however spurious the claims on the list are. In a story from early August, Nathan-Kazis reported that Columbia University Law School professor Katherine Franke and others had been deported from Israel after being presented with their Canary Mission profiles, regardless of whether the information contained there was out of date, incomplete, or factually incorrect.

The revelation of Canary Mission’s ties to the heart of the American Jewish establishment marks the latest development in the unfolding saga linking American institutions to the worst excesses of the Israeli government. The ADL has put together training conferences in Israel for American police, and the American government subsidizes donations to violent, right-wing Israeli settlers in the West Bank. Under the Trump administration, which has applied less than zero pressure on the Israeli government for its military occupation of Palestine, there is little standing in the way those who wish to connect American Jewish institutions to Israeli atrocities.

For example, this week, a 22-year-old American student of Palestinian descent who had already been granted a visa to enter Israel to study for a master’s degree at Hebrew University, Lara Alqasem, was denied entry into the country. In an interview with Haaretz about the incident, Alqasem said that her Israeli government interviewers claimed that she was a BDS activist. The reason they knew this, they told her, was because they had read about her on Canary Mission.

This article has been updated to include a statement from the Jewish Federation of San Francisco.

Conversation
American Anti-Communism Abroad
Vincent Bevins, author of The Jakarta Method, discusses the legacy of US intervention in Indonesia and Brazil.
Noah Kulwin
Analysis
Let the Right Have the Conference of Presidents
Liberal groups have an opportunity to reassess their membership in a body designed to rubber-stamp right-wing policy.
Noah Kulwin
Sign up for our email newsletter, featuring exclusive original content
Want original reporting and analysis on Israel/Palestine?
Sign up for the Tuesday News Bulletin.