When Torture Is a Health Precaution

Across the country, prisons are using solitary confinement as a quarantine measure, at great cost to prisoners. 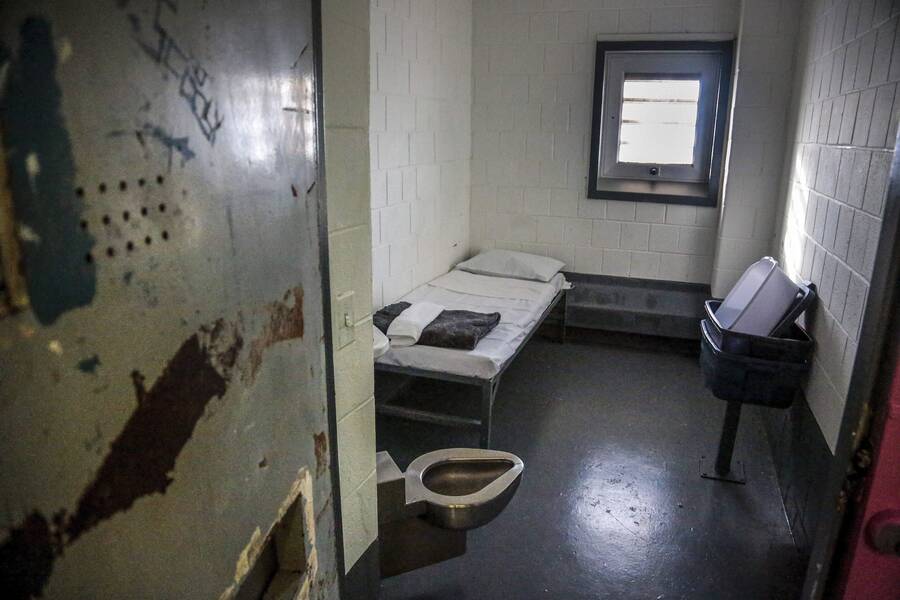 ONE, TWO, THREE, FOUR, FIVE, TURN . . . One, two, three, four, five, turn . . . Pacing back and forth in the six-by-ten foot cell, LJ, a prisoner at Washington’s Monroe Correctional Complex (MCC), counts each step in an attempt to mask his mounting frustration and retain his sanity. He’s trying to process the fact that he has been placed in solitary confinement for medical reasons three times in the months since Covid-19 struck MCC, where he and I are both incarcerated. LJ, who asked not to use his last name for fear of retaliation for sharing his story, has spent a vast majority of the last 90 days on a “23/1 lockdown”: 23 hours in his cell and one hour out.

Bang! A guard slams the large steel door next to the cell where LJ resides. It is so loud it shakes the concrete walls that imprison him—he can feel the vibrations in his bones. His concentration is broken. He becomes angrier and angrier every time the door slams. “Why can’t they close that door like a normal person?” he wonders. He wants to cry out, to unleash his anger, but he stops himself. He knows if he is to negatively interact with the guards, he will become a target, and that they control his limited access to food, phone, showers, and other supplies. The loss of these items is unthinkable. Other prisoners begin to lash out at the repeated crash of the door being slammed. “Are you a fucking idiot? Stop slamming that damn door!” one prisoner yells. As is common in solitary units, this starts a chain reaction, and other prisoners take the moment to vent their pent-up frustration.

The administration continues to tell LJ this isn’t a punishment, that by placing him in solitary, they are only trying to protect him and the rest of the prison population. But for LJ, being placed on lockdown 23 hours a day—restricted from using the phones and showers, unable to see outside or even turn the lights off—feels like punishment in its rawest form. Recently, the prison has begun providing TVs for isolated prisoners, but during LJ’s first pandemic stint in solitary, that wasn’t available.

This situation is not unique to MCC, or to Washington State. Since the start of the pandemic, the use of solitary confinement has increased an estimated 500% across the country—with about 300,000 people placed in solitary confinement during the first three months of Covid-19—as Departments of Corrections use a practice that has been internationally recognized as torture as a stand-in for a safe and humane means of quarantine. Health experts warn that the use of punitive medical isolation can deter prisoners from reporting symptoms, and that solitary confinement has been shown to weaken the immune system, making its use an obstacle to protecting health. A report from the anti-solitary-confinement coalition Unlock the Box recommends that prisons use widespread rapid testing and group prisoners based on testing status to avoid the use of isolation as much as possible, and that institutions provide sufficient entertainment, communication, and exercise opportunities whenever isolation is absolutely necessary. But LJ says that in his experience, the contact tracing and quarantining procedures at MCC are flawed and inconsistent, requiring him to spend unnecessary time in isolation—though the Washington State Department of Corrections (DOC) disputes many of his allegations.

LJ continually ends up in isolation because he works on the medical floor at the prison as a porter, where he is paid $55 a month to clean the area where prisoners receive medical services. He has been placed in isolation for passing a sick person in the hallway or being within 50 feet of them, though it is impossible to avoid these scenarios in the course of his work. If LJ were to quit this dangerous job, he would not only lose many privileges but would also lose his earned “good time,” meaning he would have to stay in prison for longer.

On two occasions, he was placed in solitary for no other reason other than that he had come into contact with a prisoner who is receiving cancer treatment at local hospitals. Each time the prisoner with cancer tells medical staff he feels sick, those who have spent time around him, including LJ, are taken to medical isolation. So far, the prisoner has ultimately tested negative for the virus. Yet, LJ and others are forced to spend weeks in solitary even after the test results have come back negative.

In an email to Jewish Currents, Janelle Guthrie, communications director for the Washington State DOC, disputed many of LJ’s allegations. She said there is a distinction between “quarantine status,” where individuals are placed when they’ve come into contact with someone with suspected Covid-19, and “medical isolation,” which is reserved for those who “present with symptoms, have a temperature greater than 100.4°F, or test positive for Covid-19.” However, based on a memo prisoners received from prison staff in June—and on LJ’s experience—“quarantine status” still takes place in the prison’s solitary confinement area. The main difference between “quarantine status” and “medical isolation” is that people in “quarantine” are provided with phone and recreation opportunities daily (as little as an hour a day, in LJ’s experience), as opposed to just three times a week in “medical isolation.”

Guthrie also wrote that Washington State DOC began regularly testing prisoners and staff in July. But in my experience, that is not true—I only know one fellow prisoner who has been tested, and it’s because he was preparing to leave the prison for medical treatment.

The prison administration tells prisoners that it uses contact tracing to determine when prisoners like LJ must be medically isolated. But LJ says the prison’s contact tracing efforts are scattered and selectively enforced. One of LJ’s many trips to solitary resulted from him coming into contact with a prisoner who later tested positive for the virus, and who had visited the medical unit while LJ was at work. But at the point where he came into contact with LJ, the patient had already been sick for days—he had already been around hundreds of other prisoners, correctional officers, and medical staff. And yet, after “contact tracing,” only LJ and one other prisoner were taken to medical isolation. This left him and many others wondering why they were targeted while hundreds of others were not.

The policy also raises concerns about why contact tracing and isolation is only enforced among prisoners. Correctional officers and medical staff could just as easily spread the virus to anyone they come in contact with. Yet, nurses and other staff continue to work even after coming into contact with prisoners who are later confirmed to have the virus. LJ told me that the nurse who treated a sick prisoner was taking LJ’s temperature only three days after he’d been sent to medical isolation for coming into contact with the same prisoner.

Guthrie said that “Contact tracing is challenging and can always be improved, and health officials across the country are reporting similar challenges. The Department errs on the side of caution when it comes to quarantining incarcerated individuals who may have had contact with a COVID-19 positive individual.”

LJ says that every time he is sent to medical isolation in solitary confinement, he tries to prepare by reassuring himself it is only 14 days. However, on more than one occasion the 14-day mark has come and gone, and he has been forced to start filing grievances or hounding anyone that happens to be walking by for answers. The extra time is unbearable. “Once you have mentally prepared yourself to only do 14 days,” he said, “there is nothing worse than when you are still sitting there on day 15 and 16.” But under the current practices of the Washington State DOC, LJ and other prisoners are vulnerable to this treatment, again and again.

Report
Jamaal Bowman’s Trip to Israel Sparks Debate in DSA Over Electoral Strategy
The congressman’s divergence from DSA’s line on Israel/Palestine has led the socialist group to reexamine its approach to endorsements.
Alex Kane
Report
George Washington University Employees Offered Support to Palestinian Students. Now They Say They’re Paying the Price.
After criticizing “Israeli apartheid” and offering a processing space to Palestinian students in June, a campus office has been prevented from serving its regular functions, according to a civil rights complaint.
Alex Kane