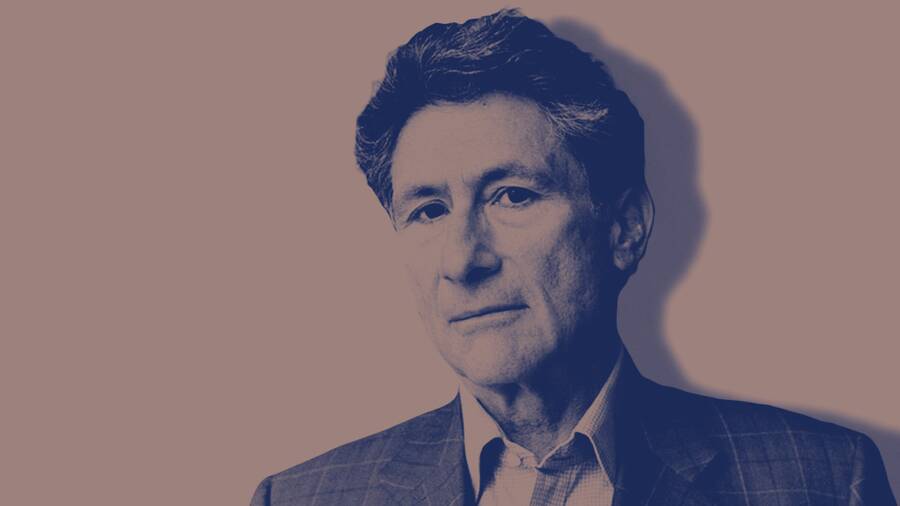 “The way before us is quite clearly marked,” Edward Said wrote in 1989, in an unpublished “Open Letter to American-Jewish Intellectuals.” “We are either to fight for justice, truth, and the right to honest criticism, or we should quite simply give up the title of intellectual.” Said was responding to what he saw as an epidemic of bad faith among the American Jewish intellectuals of his time with regard to Israel’s dispossession of Palestinians. By offering support for Israel via the “dehumanization, dismissal, and, after the mid-1970s . . . demonization of the Palestinian people,” Said argued, these intellectuals had “played a critical role” in providing the Jewish state with ideological cover for its destruction of Palestinian life.

I read Said’s piece late in 1989 when he was trying to decide whether to publish it. Edward Said and I had been close friends since the 1970s; he was intrigued that I, an Armenian from Egypt, was involved in Palestinian movement politics in Beirut. I secured the rights to publish his book Orientalism in Arabic, and together we collaborated on many efforts in the struggle for justice in Palestine. I favored publishing the piece, but other friends and advisors—the socially well-connected writer and editor Jean Stein, literary scholar Masao Miyoshi, and Pakistani political theorist Eqbal Ahmad—disagreed. Entries from the diary I kept during that period record that these interlocutors thought the article was “not constructive enough” and that it “would expose him to great criticism.” They were right in the sense that, had Said gone ahead and published his entreaty, angry denunciations from Jewish intellectuals would have filled the pages of The New York Times, The Wall Street Journal, The New Republic, Commentary, and The Atlantic.

Yet I ultimately found their caution misguided, because Said, the most prominent Palestinian in the US, was already under attack on multiple fronts. Liberal and right-wing Zionists alike were provoked by his stature as an intellectual and critic, one who successfully challenged their image of Palestinians as dismissible terrorists. Liberal Zionists like the historian Walter Laqueur dismissed Said’s 1978 The Question of Palestine, the highest profile work in English at that time to explain the Israeli colonial project from a Palestinian point of view, as unworthy propaganda. Many Jewish American critics feared engaging Said intellectually; he told me on several occasions that Robert Silvers, the longtime editor of the New York Review of Books, informed him that he would not be permitted to publish in the NYRB as long as Silvers’s brother lived in Jerusalem. Instead of challenging him on the merits of his arguments, these critics launched ad hominem attacks intended to diminish his reputation.

Said’s open letter was most directly occasioned by a slanderous 1989 Commentary article by the critic Edward Alexander entitled “Professor of Terror.” Alexander, an American Jew who had lived for several years in Jerusalem, was affiliated with Herut—a right-wing political party in Israel that eventually merged with the Likud party—and served on the advisory committee of the group Americans for a Safe Israel, which rejected any negotiations with Palestinian leadership and saw a two-state solution as a mortal danger. In his Commentary essay, Alexander dubbed Said “a literary scholar and ideologue of terrorism,” and a “hitman for the PLO.” Though Alexander represented the views of the extreme right, it must be noted that none of the liberal Zionists in American letters at the time chose to distance themselves from these preposterous accusations.

Given this reception, one might expect that Said himself had opposed rapprochement with Israel. In fact, the opposite was true. Until 1999, Said argued in favor of a two-state solution as a historic compromise. The open letter he considered publishing in 1989 was written after the First Intifada, an uprising that had inspired the Palestine National Council (PNC) to change their policy toward Israel the previous year. Said participated in the PNC proceedings and tried, after the session, to explain to anyone who would listen the seriousness of Palestinian aspirations toward peace. As he writes in the letter, the PNC, prompted by the leaders of the intifada, proposed “recognition of Israel, a resolved partition of mandatory Palestine into two states, acceptance of UN resolutions 242 and 338, renunciation of terrorism, [and] a formal undertaking to end the conflict by political negotiation, not by violence.” At the same time, his letter does not shy away from the extent of Palestinian dispossession since 1948 at the hands of Israel, and argues that the American Jewish critical establishment has opted to deny that dispossession through a “horrifically diminishing process” of demeaning Palestinians.

Said’s open letter was written with a sense of urgency. He was engaged in a cultural battle to reframe and restore Palestine in the public imagination. He reasoned that he and his compatriots needed to rise to the occasion to confront the monopoly of discourse established by the Zionist establishment. Perhaps had he published his letter, his observations would have solicited support from some Jewish intellectuals—the famed linguist and political thinker Noam Chomsky, political economist Sara Roy, or Judaic scholars Daniel and Jonathan Boyarin, for instance—even as others condemned it. A few years later these brave souls were joined by other Jewish intellectuals like Tony Judt and Judith Butler, and more recently, Peter Beinart, along with a younger generation willing to dissect and deconstruct the claims of the prevailing Zionist discourse.

In the years that followed, the attacks on Said continued apace. In 1992, when Harvard tried to recruit him again, Martin Peretz, then the editor of The New Republic, employed an undergraduate research assistant, who assumed that he was simply researching an article, to compile a dossier of Said’s political writings and send them to Harvard administrators in another attempt to block Said’s appointment—a fact Said learned from the research assistant himself, who was disturbed by the task. As late as 1999, just a few years before Said’s death, Commentary invited Justus Weiner, an American Jewish lawyer who worked for Israel’s Ministry of Justice, to question Said’s Palestinian roots. Shortly before the publication of Said’s memoir Out of Place in 1999, Weiner published a piece on Said called “‘My Beautiful Old House’ and other Fabrications by Edward Said.” Weiner had earlier excoriated Said’s The Question of Palestine, but his new critique went further, challenging wholesale Said’s roots in Palestine (a strange argument coming from a Bostonian who immigrated to Israel).

Much as Golda Meir had audaciously declared that Palestinians do not exist, Weiner—another American-born Jewish intellectual who went on to work directly for the state of Israel—claimed that Said was not really Palestinian and thus his family had not really become refugees in the 1948 war. In a riposte, Said summed up Weiner’s argument: that Palestinians are liars and no one should “believe all those peasants who say they were driven off their land,” and that in fact “the land all belongs to the people of Israel [because it was] given to them by God.” Yet strikingly, as he did so many times, Said ended his article by insisting on the peaceful coexistence of Palestinians and Israelis. In The Question of Palestine, Said insists that the past and future of the people of Palestine, Arabs and Jews “ties them inexorably together.” He adds that this encounter has yet to occur, but eventually will, “to their mutual benefit.” 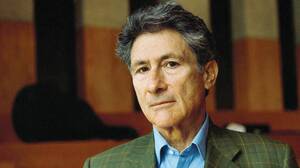 Essay
An Open Letter to American-Jewish Intellectuals
In an unpublished 1989 letter, Palestinian American scholar Edward Said calls on his Jewish counterparts to take a stance against Israel’s abuses of Palestinians.
Edward W. Said 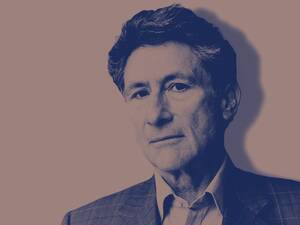 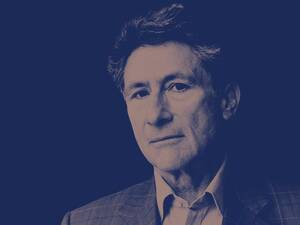 Essay
Answering Said’s Call
While discourse on Israel-Palestine has shifted for the better since 1989, meeting Said’s challenge will require American Jewish intellectuals to recognize that Palestinian equality and Jewish safety are ultimately intertwined.
Peter Beinart

Nubar Hovsepian teaches political science at Chapman University in Orange, CA. He is finalizing his forthcoming book, Edward W. Said: The Politics of an Oppositional Intellectual.