Teachers share thoughts and resources on how to talk to students about antisemitism and intersectional justice in the wake of the Squirrel Hill shooting. 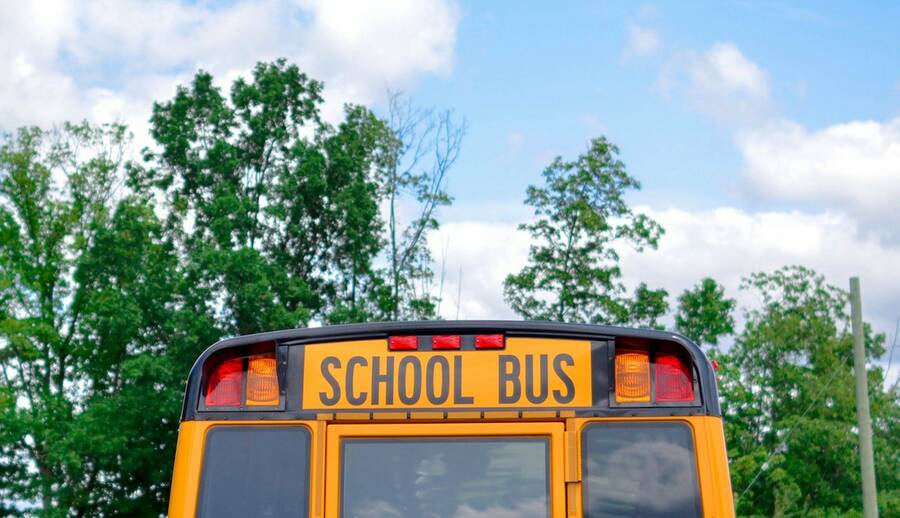 THE MORNING AFTER the shooting at Squirrel Hill, 30 sleepy children walked into our 3rd and 4th grade classrooms at the Jewish Reconstructionist Congregation (JRC) in Evanston, Illinois. One kid immediately flopped face-down onto the pile of pillows in Abby’s class. This was unusual for our students, who are normally filled with mischievous energy.

After hearing about the mass shooting at Tree of Life in Pittsburgh, we felt that, as Jewish educators, it was our responsibility to teach our students about what had happened and create space for reflection, dialogue, and community connection. We knew that these children would already know or would soon learn about what had happened and would have questions and feelings that they needed to process. We wanted to model turning feelings into community action.

Immediately after the shooting, there were emails between our institution’s rabbis and parents about how the religious school teachers would discuss this topic. Some parents expressed fear that their children were too young to talk about it. We felt, however, that it was important to acknowledge the fear our students would inevitably feel, and create a sense of hope and comfort. We were both in 4th grade on 9/11 and remember teachers whispering about what had happened—it was scary to see adults upset but not know if we were allowed to talk about it. We didn’t want that for our students. We decided to combine classrooms in a powerful display to our students that we stand together in community when times are hard. We modeled support for each other as teachers and as friends and soon the students were listening and sharing with profound respect and love for each other. They quickly became less sleepy and more serious than we’d ever seen them before.

We opened our discussion by leading the children in song:  “I woke up this morning with my mind, set on freedom, hallelu, hallelu, hallelujah,” an adaptation of an old gospel song created by Reverend Robert Wesby of Aurora, Illinois, while in the Hinds County jail during the Freedom Rides. We have both experienced the incredible power of singing together as a community, and the importance of marking space as distinctly Jewish with song. We asked the kids why we sing and the board quickly filled with their answers: because it’s fun; singing helps us express our feelings; singing inspires us.

We then asked the students if anyone knew what had happened the day before. Expecting a few timid hands, we were shocked to see all but one hand shoot up with lightning speed and several kids start to tell the class about the shooting. We felt it was important to control the message so we quieted the class and Kayla said:

“Yesterday in Pittsburgh, a man filled with hate walked into a synagogue and shot and killed several people. We know that there are many different kinds of hate in our world: there’s hatred against people of color, against LGBTQ people, against immigrants, and there's also hatred against Jews. When someone hates someone else just because they’re Jewish, it’s called antisemitism. We want you to know that you are safe here and that there are so many adults in your lives who protect you and who are fighting to make our world safer for everyone. Abby and I both came in today having a lot of feelings and probably many adults in your lives will be thinking and feeling about this today and so we wanted to create space for you to talk about your feelings and ask any questions you might have.”

What followed was an incredibly powerful 30 minutes where the kids asked questions and made comments that reflected their fear, disbelief, hope, and resilience. Towards the end of our time together, one student said, “I was scared to come here this morning and was crying, but I’m glad I’m here and that we’re having this conversation.”

We were motivated to face this conversation head-on with our young charges for several reasons. We recognize that it is a privilege for our Jewish community in Evanston to have a conversation about hatred against our community with 3rd and 4th graders—many communities have to tell their children about violence that might touch them much earlier. We were directly inspired by, and learned from the brilliant writing by black and undocumented parents about having to talk to their young children about the threat of police violence, white supremacists, and ICE. As white Jewish educators, it is our responsibility to talk to our children about injustice in the world and how we are all responsible for it. In response to one child’s question about whether or not Robert Bowers was mentally unstable, we responded that, we don’t know, but that he was filled with hate and that it is important to think about how our society created a culture where this could happen. Our culture’s tolerance of gun violence and racism allowed this to happen.

We know the direct effects of censoring difficult subjects in the American Jewish community: many young Jews have grown up forever marked by family members and teachers whose fear of antisemitism and very real trauma became silence, confusing anxieties, and unquestioning support for Israel or other authority. We know that this silence can sacrifice the immigrant, black, brown, queer, trans, and marginalized members of our communities. We know silence in the Jewish community is a destructive force and we knew we didn’t want to participate in it.

In our conversation, the students mentioned other acts of hatred from recent years, and we talked about how it might feel more personal when the Jewish community is attacked. We discussed the importance of showing up, being proudly Jewish, and having difficult conversations so that we can better fight for justice for ourselves and others. Pretending that bad things don’t happen does not make us stronger or build a community that can work together toward justice. In the time we spent together, our students were able to recognize how tragedy can lead to a stronger sense of community, and how community can build a more just world. We acknowledged that we could talk about this for hours and even days, and that our students should continue to ask questions and process their feelings with us, each other, and their parents, but we wanted to give them the opportunity to put this conversation into action in age-appropriate ways.

When we went back to each of our classrooms, the 3rd grade students expressed gratitude for our conversation and were then able to go back to being kids—doing an art project, fighting over markers, and begging for more snack. The normalcy that was lacking before we had this big conversation had returned. The fear that some of our students held was not completely washed away (and why would it be?), but they seemed braver, more confident and easygoing by the end of class.

In the 4th grade classroom, the students thought about what Jewish prophets might say to the Jewish people in this moment and they wrote letters to senators Dick Durbin and Tammy Duckworth, advocating for stricter gun control laws. If they didn’t want to write letters, they could draw a comic about gun control or free draw.

One child raised her hand and said, “None of this will work. This won’t change anything.” This was striking cynicism  to hear from a nine-year-old, but a feeling many of us share after disasters like this week’s—what can anyone do? Is anything ever going to change? Are human beings just terrible? We explained, again, that even when we don’t have all the answers, we gather in community, we do what we can, and we take care of each other—this helped her feel a little better.

Thankfully, we work in a synagogue that believes that working for justice and Judaism are intrinsically linked, so we are able to wrestle with these questions. Our community is made up of leaders, parents, and students who ask questions and grapple with the intersections of Judaism, racism, homophobia, and immigrants’ rights through a Jewish lens. We did not fear for our jobs (as other Sunday School teachers might) because we chose to have this conversation with our students.

Although we have framed all our lessons with a justice lens throughout the year, this is a new beginning to these difficult and sometimes uncomfortable conversations because the pain has become personal to some of our students in a new way. We know that we must teach our young students about marginalized communities, ones that we are part of and ones that we are not, so that we can continue to build a more just world. We want to make space for all of our students: for all of their questions, all of their concerns, and all of their hopes. We want to speak directly with our students and create classrooms where they can wrestle with their identities, fears, and joys. For us, creating this space in our classrooms is holy and Jewish to its core.

For more information on Kayla’s and Abby’s classroom strategies, you can read a brief list of resources and techniques here.

Kayla Ginsburg and Abby Harris-Ridker are teachers at the Jewish Reconstructionist Congregation in Evanston, IL and members of IfNotNow. This piece reflects their opinions and not the institutions they represent.

Kayla Ginsburg is a comic artist and all around maker of things. She lives in Chicago with her wife, two cats, and too many art supplies.

Comic
The Haircut
The author reflects on the experience of giving her grandparents haircuts amid the pandemic.
Kayla Ginsburg
Comic
Portrait of the Artist in Quarantine: Day 14, Post-Grocery Run
What can you make with matzah meal and some old potatoes?
Kayla Ginsburg
Sign up for our email newsletter, featuring exclusive original content