Gioconda Belli Translated from the Spanish by Mark Eisner
September 18, 2020 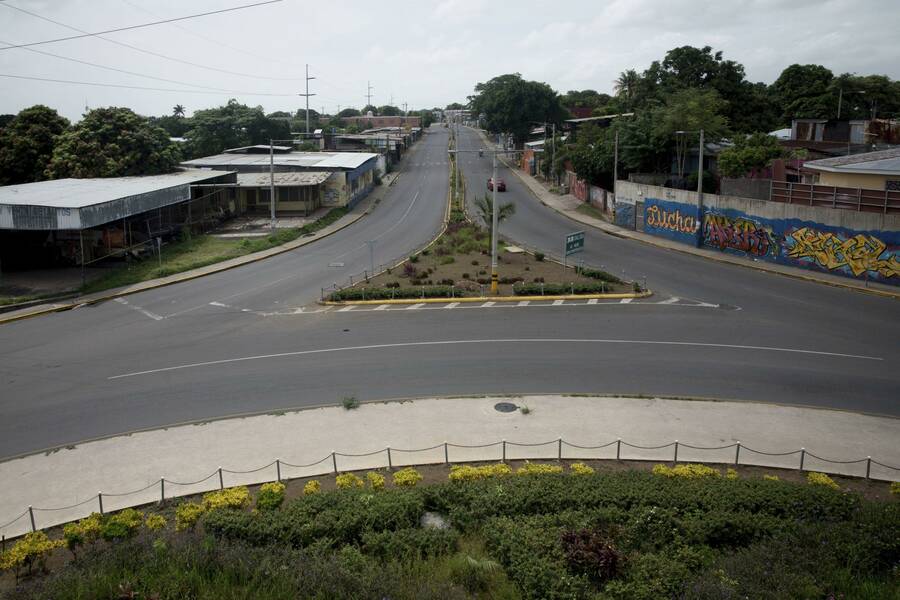 (English follows the Spanish, below.)

Refusal, abolitionists remind us, is a door to another world. Denying violent structures the nourishment of your labor offers an opportunity to reorient toward another way. In this sense, a strike is a profoundly creative act. Gioconda Belli’s “Huelga” (“Strike”), translated by Mark Eisner, performs these twin projects of refusal of what is and preparation for what else might be. A former member of the Sandinista National Liberation Front and, more recently, a member of the Sandinista renewal movement, as well as a prolific writer, Belli has long been part of a creative political project.

As “Huelga” seeks a total strike that includes both animate beings and inanimate objects, I am moved not only by the formal reconstitution as the language falls into columns—enacting on the page the strike’s reorganizational dimensions—but also by the wide noticing of the strike’s participatory roll call. “I want a strike . . . born from every body. // I want a strike / of workers of doves       of drivers          of flowers,” Belli writes, and I am made mindful of how many beautiful things comprise a world in which the tyrant persists, which is to say: how much might be turned toward the call for a new world. When we reach the poem’s end—“a strike where silence is born / so you can hear the footsteps / of the tyrant as he walks away”—it is that recurrent word, “born,” that lingers in my ear. If the strike “born from every body” is also the strike where “silence is born,” then this is not the silence of absence, but rather the interrogative silence of a radically connective presence. When the footsteps of the tyrant fade and that silence is completed, how will we be with each other?

I want a strike where we all walk out.
A strike of arms, of legs, of hair,
A strike born from every body.

A strike of eyes, of hands, and of kisses.
A strike where it is forbidden to breathe,
a strike where silence is born
so you can hear the footsteps
of the tyrant as he walks away.

Gioconda Belli (b. 1948) is a Nicaraguan writer and political activist. The author of eight poetry books and eight novels, a memoir, a book of essays, and four children books, Belli is the president of PEN International, Nicaragua, and a member of the Spanish Royal Academy of Letters and Chevalier des Arts et des Lettres of France.

Mark Eisner is a co-editor of Resistencia: Poems of Protest and Revolution. He previously spent nearly two decades working on projects related to Pablo Neruda. The last of them, Neruda: The Biography of a Poet, was a Finalist for the 2019 PEN Prize for Biography.