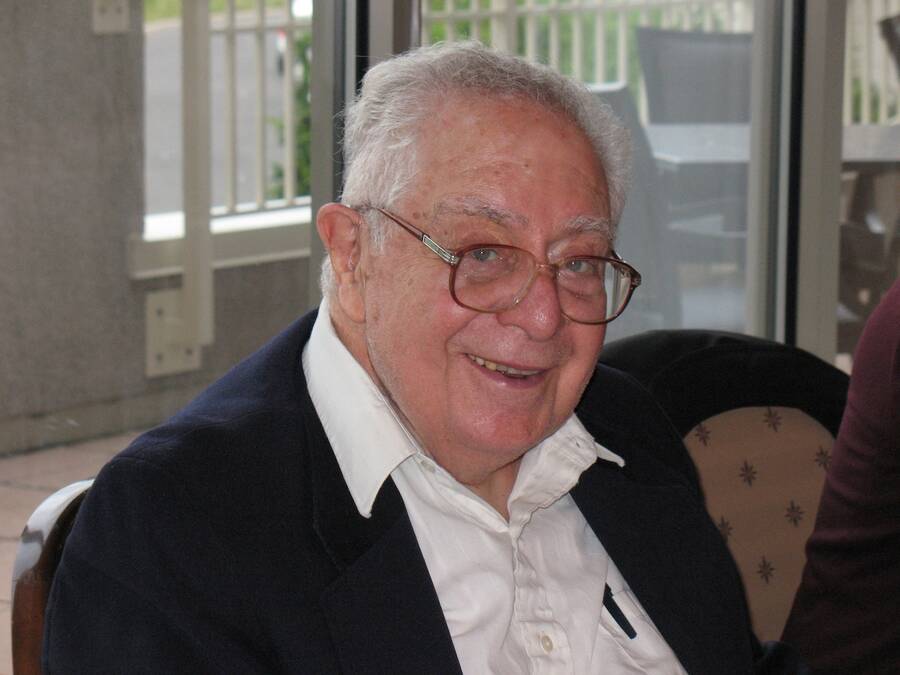 As a child, Nathaniel Saul (Hebrew name: Noson'l Nuchum) Lehrman—known to the Lehrman family as "Nucky," to others as "Nat"—was remarkably bright, receiving the highest or second highest scores in all of NY City/State on several IQ tests administered at that time. Skipping semesters six times, he graduated Erasmus Hall High School at 15, and entered as second youngest of 1200 in Harvard Class of 1942. He attended Harvard on full scholarship, majored in chemistry, played violin and then viola in the orchestra, and was the only member of both the local chapter of the Young Communist League and the Avukah (predecessor to Hillel), of which he became Secretary. One of only ten to attend his 75th Reunion in 2017, he "made the minyan," but then had to explain that term to all present, as no other attendees were Jewish, due to the 15% quota Harvard President Lowell had installed. Throughout his life, Nat would be both an activist for justice and a faithful, though proudly atheist, Jew. At first enthralled but later disillusioned by the false gods—Marx, then Freud—he developed a concept of God as "the sublime metaphor," valuing ritual, study, and constant commentary. He was active in the Brotherhood of Temple Sinai in Roslyn, NY, Great Neck Forum, Great Neck Committee for a Sane Nuclear Policy, the National Emergency Civil Liberties Committee, the American Humanist Society, and the International Physicians for the Prevention of Nuclear War.

Unable to find a job in chemistry, due to the antisemitism of Harvard's job counselor, he worked for the signal corps and then got his M.D. at Albany Medical College, courtesy of the US Army, which then sent him to Ft. Riley, Kansas in 1948-50. Returning to New York, he interned at Bellevue and Creedmoor, completed psychoanalytic training at Flower & 5th Ave. Hospital, and began private psychiatric practice in Great Neck in 1954. One of his first published articles condemned the Catholic Church's "Psychological Warfare Against Long Island's Public Schools." After a visit from the FBI left him fearful that his office was being bugged, in 1964 he moved his practice to his home in Roslyn, where he and his wife Emily lived from 1954 until moving to the Amsterdam in Port Washington in 2011. He passed away in his sleep there, nine years later. A week earlier he had sung and played violin, commemorating the fifth anniversary of Emily's death. (He also played in several Long Island orchestras and in the 2014 US premiere of his son Leonard's opera, Hannah.)

In addition to Jewish Currents, he wrote over 140 articles and letters (housed and cataloged by Albany Medical College) for many other periodicals. (You can read the full version of this tribute to him here.) In 1989 he participated in a Jewish Currents Readers Forum. Five years later he served seven months in prison for Medicaid fraud conspiracy, which he had been duped into committing at a clinic in Harlem by two tax dodgers he had mistakenly trusted. During his incarceration, he encouraged fellow prisoner Carl Berk to submit a number of poems to Jewish Currents, which published them.

In 2014 Nat's daughter-in-law, Helene Williams Spierman Lehrman, set up a website for him, including a link to some of his papers and a video of a talk he gave on April 21st, 2014 on “Psychiatry and Its Problems: A 67-Year Retrospective.” You can view videos of his funeral here; concerts in his memory can be found here and here. The New York premiere of the Blitzstein-Lehrman opera Sacco and Vanzetti, with the Metropolitan Philharmonic Chorus (of which he was a charter member) and funded mostly by the Prof. Edgar H. Lehrman Memorial Foundation for Ethics, Religion, Science & the Arts (which he founded in memory of his brother), was scheduled to take place on September 13th, 2020 in his memory, staged by his step-grandson Benjamin Spierman at the Hofstra Italian-American Festival, but has been postponed due to the pandemic.