An endorsement of the BDS movement would be another indicator of just how much Israel’s apartheid system disquiets academia in the US. 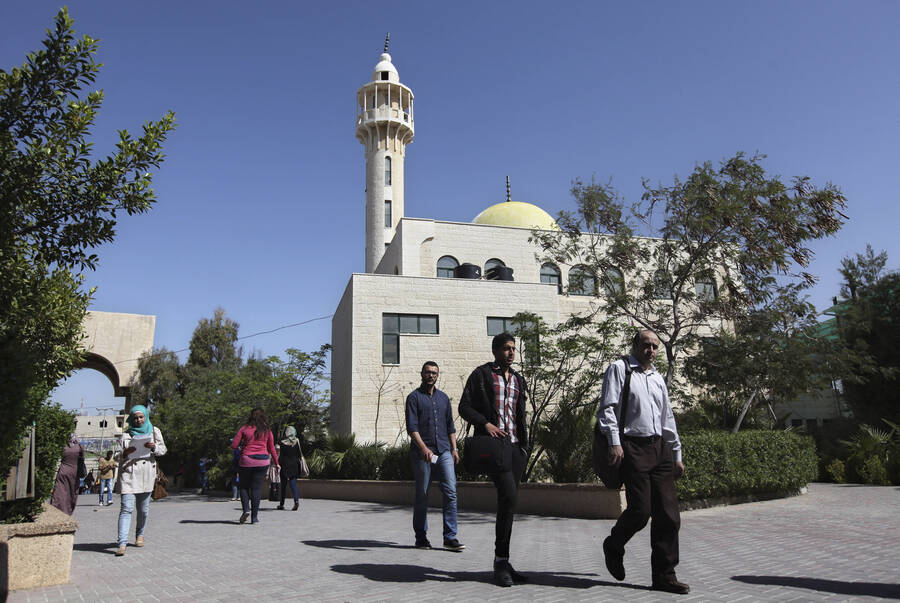 Last Thursday, the Middle East Studies Association (MESA), a scholarly group of Middle East-focused professors housed at George Washington University, passed a measure to present a resolution endorsing the Boycott, Divestment, and Sanctions (BDS) movement—which targets Israel over its human rights abuses against Palestinians—to the entire MESA membership in early 2022. Of the roughly 400 members who attended MESA’s annual meeting, 93% voted to advance consideration of the resolution. (In total, MESA counts about 2,500 members, all of whom will have the chance to vote on the measure next year.) “This represents a sea change within MESA. Even those who have historically been in opposition have moved on the issue,” said Noura Erakat, a MESA member supportive of the resolution and an associate professor of Africana Studies at Rutgers University.

MESA’s move sets up a landmark vote at the scholarly association to take place next year, placing the preeminent Middle East studies group in the United States on a path to consider endorsing BDS. The BDS movement originated with a 2005 call from a large swath of Palestinian civil society organizations. It calls on people around the world to boycott Israeli products and state institutions, to divest funds from corporations doing business with Israel, and to sanction Israel until the country complies with three demands: end its military occupation; grant full equality to Palestinian citizens of Israel; and allow Palestinian refugees the right to return to homes they were driven from in 1948, the year of Israel’s founding.

An endorsement of BDS would add MESA to the ranks of other scholarly associations, such as the American Studies Association (ASA), who have also endorsed the movement. It would be another indicator of just how much Israel’s brutal military occupation and apartheid system has disquieted academia in the US, and would also no doubt lead to a backlash against MESA from right-wing forces in the US and the American Jewish establishment.

The upcoming vote will be the culmination of a process within MESA that started in 2014, when MESA members voted to “affirm” the right of MESA and other organizations to debate and endorse—or not endorse—BDS. Notably, the resolution did not offer MESA’s own position on the matter, in sharp contrast to the ASA, whose 2013 endorsement of BDS sparked a right-wing backlash that included a lawsuit and attempts by state legislators to defund the association. By contrast, the 2014 vote set off a six-year debate on BDS and whether MESA should take a position on it.

“The debate has moved slowly, but consistently,” said Beth Baron, a former president of MESA and a history professor at the City University of New York. “We were doing our due diligence, so that everyone could have an opportunity to speak and to learn about the issues.” That “due diligence” was also carried out in part to “assure those who were concerned about MESA’s future” that “the association would be able to withstand the backlash,” said Baron.

The resolution would put MESA on record as endorsing BDS, including the academic boycott of Israeli universities, which, the resolution explains, are “imbricated” in “systematic violations” of Palestinian human rights through “their provision of direct assistance to the Israeli military and intelligence establishments.” For example, the body of Ahmed Erekat—Noura Erakat’s cousin, who was seemingly extrajudicially executed in 2020 by Israeli forces after crashing into a checkpoint—is still held at an institute affiliated with Tel Aviv University, along with the bodies of dozens of other Palestinians shot and taken by Israeli forces to be used as bargaining chips in negotiations with Palestinian militant groups. As a result, the Erekat family cannot hold a proper burial.The resolution also notes Israel’s “systematic attacks” on Palestinian educational institutions, restrictions on Palestinian freedom of movement, and harassment of Palestinian scholars and students. It further states that a MESA endorsement of BDS would not affect individual Israeli scholars, who would remain members of the association and be able to collaborate with other MESA members.

“We have Israeli colleagues in MESA. They will remain our colleagues, and this will not affect them as individuals. They will come to our meetings. They will collaborate with us. It will go on as usual,” said Judith Tucker, another former MESA president and a professor of history at Georgetown University.

Tucker told Jewish Currents that because the resolution proposes an “institutional boycott,” what endorsement of BDS would actually mean for MESA remains unclear. But even if supporting BDS is merely symbolic, she believes there’s a “moral imperative” to support the boycott call, especially because MESA’s colleagues in the Palestinian academy have called for it.

“It has just become so clear that there are no plans for any kind of arrangement that is going to address the issues we’re concerned with: Palestinian human rights, the right to education, and academic freedom,” said Tucker. “At some point we have to stand up and do what’s right and make our voice heard in the hopes that it might make a difference somehow.”