Letters to the Editor: Envisioning Solidarity

Readers respond to the editors’ op-ed on a spate of antisemitic attacks in New York. 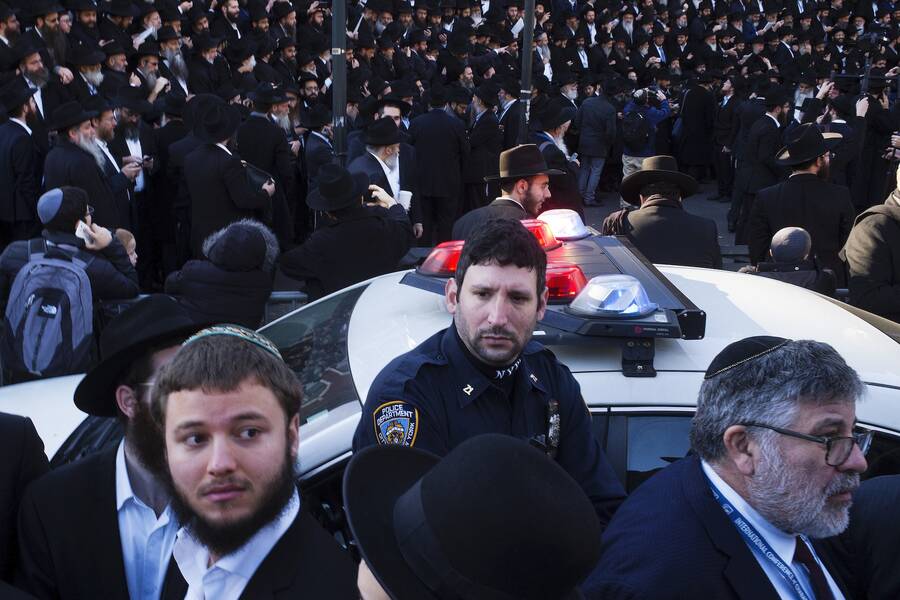 The following letters were received in response to an op-ed by the editors titled “Envisioning Solidarity” (January 6th, 2020), on the recent spate of antisemitic attacks in New York.

I am a Jew living in Brooklyn, part of what gets broadly branded as the ultra-Orthodox community. I cannot stress enough the fierce urgency to address the issue of physical safety from assault in our own neighborhoods. Allowing the situation to continue until some utopian solution is found to the city’s housing and economic shortfalls is tantamount to saying that the Haredi Orthodox are dispensable.

The editors engage in mealy-mouthed apologetics, setting up Orthodox Jews as agents of gentrification, yet they fail to note that it is not white hipsters being beaten but longtime residents of Williamsburg and Crown Heights. They argue that an increased police presence would harm “black or brown people,” in effect framing protection of my community as a zero-sum game in which they, the enlightened observers, are willing to sacrifice inconvenient pawns. The editors’ callousness can only be a result of emotional distance between them and their subject when the easy checkboxes of Trump, race, and Palestine are not present.

The article goes on to propose models of “cross[ing] the divisions” between Orthodox and secular Jews that verge on the bizarre. Offering secular tutelage to Hasidic communities is paternalistic and culturally insensitive at best (there are already resources within the community, from Agudah’s COPE to Touro College Machon L’Parnasa). Suggesting making anti-Zionism a vector for common cause shows an equal ignorance of Hasidic norms. While some extreme factions like Neturei Karta have allowed themselves to become props for the anti-Zionist movement, the vast majority of Hasidim with a theological opposition to a pre-messianic Jewish state vehemently reject making common cause with a pro-Palestinian nationalism that tolerates attacks on fellow Jews living in Israel.

We are not props to be used for every other political agenda. Our concerns are less the politics of J Street than our safety on Avenue J; less outrage at the president’s latest tweet than the latest incidents on President Street.

Editor’s Note: As implied in the first line of this letter, it has come to our attention that many in the Haredi community find the term “ultra-Orthodox” to be pejorative and marginalizing. The editorial has been updated so it does not include the term, and we are currently researching and evaluating a change to our style guide.

Brooklyn’s district attorney has asserted that gentrification is indeed connected to the violence—and anecdotal evidence, such as things said by the man who attacked and strangled Menachem Moskowitz, supports this theory. But focusing on Hasidim as the “face” of gentrification without clearly calling this out as textbook antisemitism (and without ever exploring the culpability of secular gentrifiers, or the fact that many Hasidim are socioeconomically disadvantaged themselves), is to further the falsehood peddled by some that we somehow play a role in, or are complicit in, the violence against us.

Antisemitism is a conspiracy theory that places Jews in a position of power, sometimes as a means of distracting from the systemic forces of oppression. Thus, the act of attacking Hasidic Jews is always antisemitic. How powerful would it have been if Jewish Currents had more explicitly called out antisemitism by its name, and devoted more space to acknowledging the intense pain and sudden fear of those visible Jews—many of whom have worked to build bridges with their neighbors, to suddenly find that age-old tropes are being weaponized against them.

The exhortation to imagine if Jewish resources that assist Hasidic communities in accessing social benefits were opened to the broader community feels like it was written with minimal knowledge of the community’s day-to-day workings. Today, many benefit from the social services provided by the Hasidic community. Non-Jews regularly take advantage of programming and help from the Crown Heights Jewish Community Council; the National Committee for Furtherance of Jewish Education—a Hasidic-run organization with an office on Eastern Parkway—offers weekly food distributions to all residents. A recent all-community event bringing awareness to the opioid crisis, which has victims in all communities, was sponsored by the Hasidic-run Operation Survival. Missing, too, from this discussion is the longstanding (and successful) Hasidic activism for criminal justice reform.

While we work on the broader systemic issues, there’s a simple and immediate way our Jewish siblings (and all people) on the left can show support for their Orthodox neighbors: Humanize them. Call out those in your circles who demonize Hasidic Jews according to myriad tropes and stereotypes. This can create a ripple effect of good that will indeed “build a better world.”

The failures of the state, the police, and in particular the Jewish establishment to fight antisemitism show us that it is time to bring class warfare to the front. We should dismiss any notion that there exists some single Jewish community, because it is potentially distracting us from other organizing opportunities; we need to focus on the power struggles within our community, and realize that the Jewish bourgeoisie is not on our side. Is this not the legacy of the Jewish left? Is this not what intersectional identity politics is about? No, there is no unified Jewish “community”; there is only the international working class, of which some Jews are a part. Some Jews are our enemies, and we ignore that at our peril. You cannot understand antisemitism if you do not understand capitalism, and how it is not, in fact, in the interests of the Jewish establishment to properly understand and fight either of them. I am hoping Jewish Currents can be more aggressive and materialist in pointing out what got us here and how we organize going forward.

One of the most challenging aspects of proposing solidarity as the path to Jewish safety is that, for many Jews, a primary inheritance of the Nazi Holocaust is the idea that what allowed the genocide was the profound lack of solidarity offered to Jews. In the Jewish day school, summer camps, and synagogues I grew up in, the message was pretty clear: the world turned its back on Jews, and that is what got us killed. We are alone in the world and therefore must be focused on taking care of ourselves and our own.

It has been nothing short of healing for me, in my now two decades of activism and organizing toward Palestinian freedom, to offer and be offered solidarity by the very people I was raised to fear and mistrust. To enter into a relationship of solidarity takes courage and vulnerability. These are skills that can only be cultivated when one feels an abiding sense of belonging in the communities one is a part of. There is an urgent need for Jewish communal organizations of all types—religious, cultural, political—to create spaces where those of us who are ready to heal from the past and insist on solidarity (and who are often silenced and ostracized for this) can take the leap of faith to, as the Jewish Currents editors write, “envision and enact” solidarity.

The letter-writer is the Acting Co-Executive Director of JVP Action, the political and advocacy partner organization of Jewish Voice for Peace.

Conversation
What We Talk About When We Talk About “Intermarriage”
The Jewish Currents editorial staff takes on “Jewish continuity.”
Jewish Currents
Letters to the Editor
Letters to the Editor: Antisemitism Uptick and Organizing Jews
Readers respond to web content published in May, including an article analyzing antisemitism statistics and an audio conversation on organizing American Jews.
Jewish Currents
Sign up for our email newsletter, featuring exclusive original content