Justice You Shall Pursue

The religious tenor of public mourning for RBG reveals a conflation of Jewishness with American liberalism, which forecloses the possibility of reckoning with either. 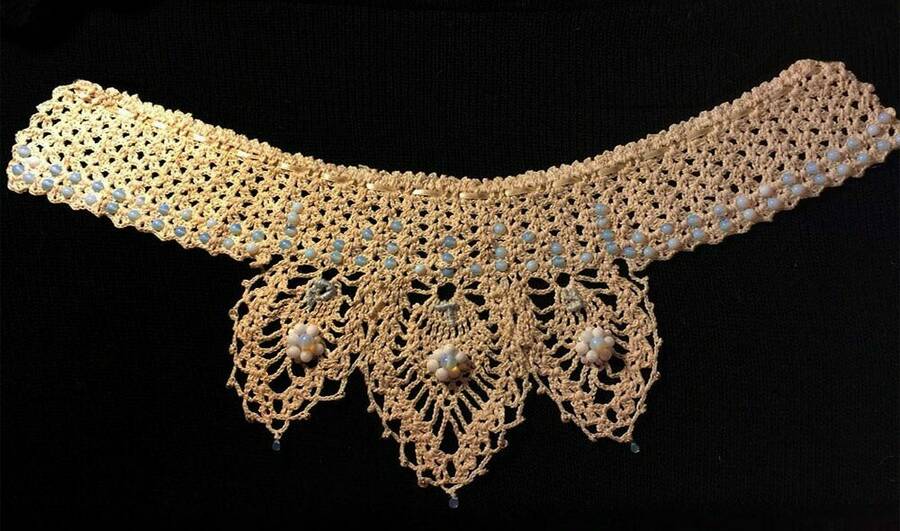 Responsa is an editorial column written by members of the Jewish Currents staff and reflects a collective discussion.

JUSTICE RUTH BADER GINSBURG died last month on Erev Rosh Hashanah, just weeks before an election that threatens to bring down the country’s already enfeebled political institutions. As the news broke during Zoom services, some rabbis spontaneously added an extra Mourner’s Kaddish in Ginsburg’s honor; the next day, at a Reform synagogue in New Jersey, a rabbi and cantor replaced the regular Haftarah reading with a recitation of classic Ginsburg quotes, awkwardly contorted into trope. In the week that followed, some Jewish religious leaders heralded Ginsburg as a kind of rabbinic figure in her own right: Rabbi Jonah Pesner, director of the Religious Action Center of Reform Judaism (the denomination’s political outreach arm), compared her legal opinions to rabbinic teachings and proclaimed that Jewish history would remember her “as a ‘rav l’Yisrael’ and a ‘rav le kol haolam,’ a teacher to all of Israel and to all of the world.” Laypeople, too, helped imbue Ginsburg’s death with religious significance. NPR legal affairs correspondent Nina Totenberg tweeted the theologically tenuous claim that dying on Rosh Hashanah is the mark of a tzaddik, an especially righteous person, and the message went viral. One of the justice’s collars is already, like a saintly relic, being prepared for exhibition in the Holy Land.

The religious tenor of this outpouring of grief reflects the particular role Justice Ginsburg has played in the liberal American Jewish psyche—and the way the constituent parts of this identity have fused, with American liberalism nearly subsuming Jewishness. For her most fervent Jewish admirers, Ginsburg’s ascent from daughter of immigrant Flatbush to the Supreme Court united narratives of meritocracy and social progress, individual success and collective uplift. Ginsburg herself was fond of repeating a one-liner about the kind of Jewish American success story that she exemplified: “What is the difference between a bookkeeper in the garment district and a Supreme Court justice? One generation.”

American Jews have risen to prominence in many fields, of course, but their longtime visibility in the nation’s judicial branch offers an exemplary story about the meaning of this success—a story in which America and the Jews are bound by their devotion to the law as a vehicle for justice. Ginsburg, presiding from the bench with “tzedek,” the Hebrew word for justice, woven into her collar, embodied this confluence. In The New York Times, the novelist Jennifer Weiner spoke of the “Jewish values” that ran through Ginsburg’s jurisprudence, arguing that the notion of tikkun olam, or repairing the world, “overlaps with the highest American ideals.” Jane Eisner, the former editor-in-chief of The Forward, wrote that Ginsburg’s careful, measured approach to social change “has stood as a beacon to generations of American Jews who wanted to believe that their lot, and the lot of their less fortunate neighbors, could be improved by deliberate, moral persuasion.”

The sad irony, then, is how acutely the circumstances of Ginsburg’s death have challenged the narrative her life has come to represent. Donald Trump and his party have characteristically answered her dying wish for her seat not to be filled “until a new president is installed” with a shameless power grab. The deathbed gesture itself seems like an artifact from a bygone era—who was her imagined audience within the modern GOP?—and a poor substitute for a tactical retirement in a more prudent moment. This predictable yet dismal situation has set the stage for the Court to roll back abortion rights and the Affordable Care Act, stymie future legislative attempts to nationalize healthcare or slow the climate crisis, and potentially determine the outcome of the upcoming election. Indeed, this last scenario seems increasingly likely. As Republican lawyers prepare to contest the ballot count, Trump has brazenly repeated lies about widespread voter fraud, encouraged his followers to intimidate voters at the polls, declined to promise a peaceful transition of power—and admitted that he wants to seat Ginsburg’s successor before the election in part so she can rule on a disputed result. Things are not looking good, in other words, for “deliberate, moral persuasion.”

For all Americans left of center, including progressive American Jews, these circumstances provide an opportunity to reexamine our investment in the very idea of the Supreme Court as an instrument of justice. A sober look at its history reveals that the body—a cluster of unaccountable, lifelong appointees with ultimate authority over interpretation of the law—is not inherently an engine for social progress, but rather one of the most consistently anti-democratic, regressive forces in US politics. While the Warren Court and its landmark decisions on integration, due process, and other civil rights loom large in the American imagination, as race and public policy scholar Keeanga-Yamahtta Taylor wrote in The New Yorker, these incidents are best understood as “exceptions in the body’s long history of regression,” themselves “often aimed at reversing damage that the Court had done in the first place.” The “juristocracy,” historian and legal scholar Samuel Moyn wrote in Dissent, “has been a disaster for the democratic premise that the people themselves choose their own arrangements, shunting decision-making to a council of elders supposedly possessed of unique wisdom. And in exchange for its antidemocratic premises, juristocracy has not delivered the goods that popular interests and needs require.”

With these realities in mind, liberal American Jews might ask themselves why they’re comfortable trusting in the wisdom of the bench when they have long since traded notions of absolute rabbinic authority—let alone an anointed priestly class—for the ideal of democratic self-rule. As Brooklyn rabbi Ben Greenfield observed, secular and moderately observant Jews balk at the notion of a “gadol,” a Torah sage revered in observant communities, and yet happily regarded Ginsburg as one. We suspect the answer may lie in the fact that the Supreme Court’s vaunted period as a force of social progress coincided with the era of large-scale Jewish upward mobility—the brief postwar moment in US history when white people, including immigrants and their children, could experience some degree of genuine social uplift. Many American Jews look back on this experience as proof of America’s exceptional goodness. Ginsburg certainly did. “What has become of me could happen only in America,” she told the Senate Judiciary Committee during her confirmation hearings. “Like so many others, I owe so much to the entry this nation afforded to people yearning to breathe free.”

But these narratives—one about the Jewishly inflected righteousness of the Court, and one about the reality of the American dream—have run their course. The government programs that shepherded a generation into middle-class life have been systematically dismantled—in many cases with the assistance of the Court, which has long given priority to business interests over egalitarian concerns. Tellingly, Ginsburg became a liberal icon in the early 2000s for the passionate dissents she issued from an increasingly reactionary Court.

And yet, the Jewish community remains stubbornly attached to our mythologized past. Hence, the spectacle of largely assimilated Jews grasping at religious language and ritual in order to immortalize an avatar of the American justice system. News of Covid-19 spreading through the Trump White House has been met with a viral Boomer meme imagining the outbreak as righteous retribution administered by Ginsburg, who has “successfully argued her first case before God.” In New Jersey, the Ginsburg-inspired Haftarah ended with a quote about “the dissenter’s hope—that they are writing not for today but for tomorrow.” The sentiment is lovely. But we fear that its invocation in the present moment, like much public mourning for Ginsburg, suggests instead a desire to write for yesterday. What is offered as grief infused with hope instead resembles a self-satisfied celebration, and a denial of the entropic forces pushing us ever further from idealized midcentury moments of liberal progress and proceduralism, and from an effortless, meaningful secular Jewishness. If many Jews came to believe in the American justice system as an enlightened replacement for Jewish law, it’s no wonder that they’re doubly reluctant to release this faith even when it ceases to compel belief. What will they have left in the face of these twin voids?

Jewish neoconservatives have often remarked scornfully on the substitution of liberal politics for Jewish practice, and despite our rejection of their calls for parochialism, we too are wary of that substitution. In conflating Jewishness with American liberalism, we risk condemning it to go down with the ship—and foreclosing possibilities to reckon with and remake our tradition. Ginsburg, who left behind the strictures of traditional Jewish observance, was of the generation whose relationship to Jewishness was strong enough to be characterized by rebellion rather than reinvention or rediscovery. That won’t work for us today; at this point, even pervasive Jewish assimilation has ceased to be a source of generative angst and become instead a placid reality. To insist on the value of Jewishness in the present is to commit to its remaking. Such a commitment requires us to confront the fact that, admirable though she was, it is materially impossible for us to carry forward the legacy of Ruth Bader Ginsburg.

The period of mourning for Justice Ginsburg coincided with the Days of Awe, the interval between Rosh Hashanah and Yom Kippur when Jews perform acts of teshuva, or atonement. We are asked to make amends with others and with God, who is said to open the Book of Life on Rosh Hashanah and close it at the end of Yom Kippur, inscribing in the interim the names of those designated to live another year. The recently deceased Torah scholar Rabbi Adin Steinsaltz interprets Kol Nidre, the solemn prayer that opens the Yom Kippur liturgy and that focuses on the annulment of vows, as a moment of radical possibility and reinvention: “We declare that . . . all the ties, designations, affiliations, labels, and definitions that I took, and perhaps also will take, upon myself . . . should all be dissolved, null and void.” Steinsaltz observes that the prayer inspires fear “not only because it is not convenient” to abandon our “habitual desires and old habits,” but “because holding on to these things constitutes our whole grip on reality.” This description of the necessary pain of detachment suggests a connection between atonement and mourning. It is an arduous process of self-negation that allows for eventual reconstitution, for the meaningful work of transformation.

The rabbis understood Yom Kippur as originating with Moses’s smashing of the Tablets of the Law in response to unrest among the Israelites, and his subsequent renegotiation with God that led to the creation of new ones. The rewriting of the law in response to violence and betrayal is a harrowing endeavor, but God and the people choose to enact it because, as Isaac Brosilow wrote recently in Jewish Currents, “they have still made the decision to share a world.” When we perform teshuva, we similarly begin from the premise that the pursuit of justice in a terribly unjust world requires a process of smashing and remaking. A Jewishness that has locked itself in a fantasized vision of the recent American past is deferring its panic about the inability to imagine where we’re headed. We won’t know the shape of what we must build until we’ve taken a nice, long look into the abyss.

Responsa
On Loving Jews
For Jews engaged in Palestine solidarity work, what might be gained by refusing excommunication from our own communities?
Arielle Angel
Responsa
How Not to Fight Antisemitism
By appropriating the right’s strategy on antisemitism, the Jewish left has trapped itself in an empty discourse—and a counterproductive pose of victimhood.
The Editors

Letter from the Editors
2021 at Jewish Currents
The Editors
Newsletter
Contextualizing the Crisis in Israel/Palestine
A selection of our articles from the past few years.
The Editors
Sign up for our email newsletter, featuring exclusive original content