The Israel-based organization has demanded that the Labor Zionist youth movement purge members advocating a boycott of Israel programs. 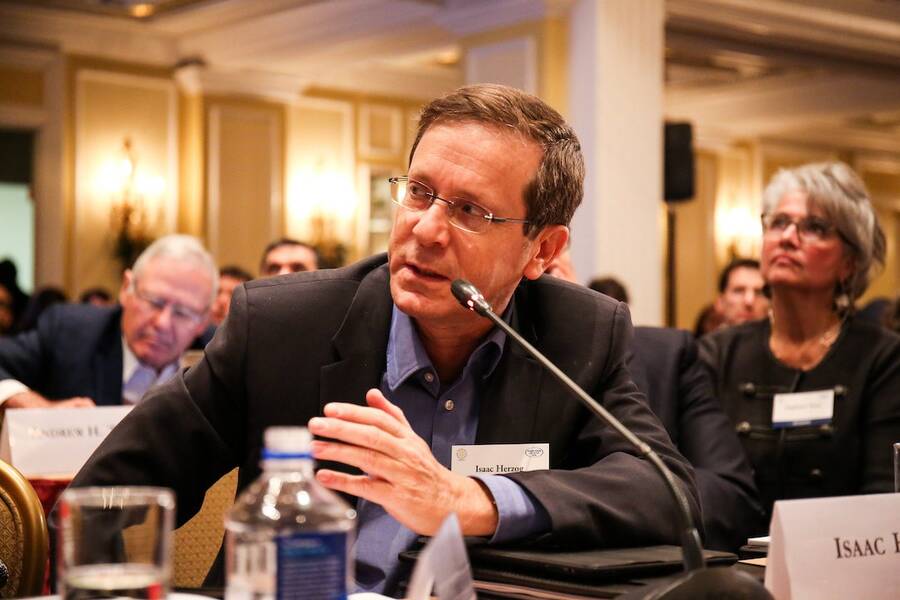 THE JEWISH AGENCY FOR ISRAEL has threatened to end its support for Habonim Dror North America (HDNA) after over 550 members and alumni of the Labor Zionist youth movement signed a petition urging HDNA to end its Israel programming in protest of Israel’s plan to annex parts of the West Bank.

In a July 12th letter addressed to HDNA’s leadership, and obtained by Jewish Currents, Jewish Agency Chairman Isaac Herzog wrote, “we will not be able to continue to cooperate with and/or support in any way any movement that signs shameful calls such as these.” The Jewish Agency—the para-state organization that played an integral role in Israel’s founding and now promotes Jewish immigration (“aliyah”) to Israel and funds Israel programming for diaspora Jews—said it had received a July 5th letter from the HDNA leadership noting that HDNA opposed the demands of the petition. But the Jewish Agency—which provides visas and training for the Israeli shlichim (emissaries) sent to the US to work for HDNA’s summer camps and other programs—asked HDNA to go further in its opposition.

“We request clear answers as to how you intend to uproot the boycott conversation from its core within your movement,” wrote Herzog, a former head of Israel’s Labor party. “We expect that you will make clear to members, madrichim, and alumni that anyone who holds these positions will not be welcomed as a part of Habonim Dror North America.” The letter represents a dramatic escalation in what had previously been a tense intra-movement controversy. It suggests the Jewish Agency plans to crack down on left and liberal Zionist groups that opt to push for material consequences in response to annexation.

Leah Schwartz, director of HDNA’s central leadership committee, wrote in an email to movement members and alumni on Friday that HDNA’s leadership rejects the Jewish Agency’s “attempt to control HDNA based on certain assumptions about who we are.” The email said that HDNA is “committed to engagement with Israeli society, with room for all viewpoints.”

Habonim Dror is a socialist Zionist youth movement that formed in North America in 1981 as a merger of two Labor Zionist groups, Habonim and Dror. The group operates six summer camps across the US and Canada, year-round youth programming, a high school Israel trip, and a gap year program in Israel. HDNA’s stated aims include “upbuild[ing] the State of Israel as a progressive, egalitarian, cooperative society” and “participat[ing] in the creation of a new social order throughout the world, based on the principles of self-determination, individual freedom, environmental sustainability, political democracy, and cooperative economics.” The movement prides itself on its youth-governed, democratic structure, in which movement members gather every two years to vote on proposals for HDNA’s constitution.

In recent years, amid a wave of American Jewish left-wing organizing and mounting criticism of Zionism and Israeli government policies, HDNA members have debated whether Zionism should retain its centrality in the movement. Those debates came to a head this summer in response to the Israeli government’s plan to annex parts of the West Bank. On June 23rd, a group of active movement members (members eligible to vote in movement democratic processes are high schoolers, college students, and recent college grads who participate in HDNA programming, work at camps, and pay dues to the movement) created an online petition calling on HDNA to suspend all of its programs in Israel and to stop encouraging members to make aliyah. The organizers received strategic consulting on their petition campaign from the anti-occupation group IfNotNow, which counts several HDNA alumni among its founders. While HDNA has long positioned itself as a progressive Zionist movement critical of the occupation, the petition argues that the movement’s usual means of pushback—making statements and running educational activities—are an insufficient response to annexation, and that “HDNA must act now to ensure that we are no longer complicit in supporting the Israeli government.” The petition has more than 550 signatures from movement members and alumni who have attended HDNA’s various camps; organizers say at least 300 of the signatories are currently movement-member age.

The petition ignited fierce debate within Habonim Dror. The central leadership body of HDNA, made up of recent college graduates who work full-time for the movement, sent a letter to movement members and alumni clarifying that leadership did not support the petition’s demands. “​In short, this document calls for Habonim Dror to cease to exist as a progressive Zionist youth movement,” the letter said. “Our long-term strategy to promote a just two-state solution depends upon [the Workshop gap year program] which is an unparalleled opportunity for young people to gain the skills and perspectives they need to be leaders in the progressive Israel field.” HDNA said it would pursue other avenues for challenging annexation; it has joined J Street, Americans for Peace Now, and other liberal groups in a statement supporting the Van Hollen Amendment, which would prevent US military aid from being used for annexation.

But HDNA’s commitment to retaining its Israel programming did not reassure the Jewish Agency, which demanded stronger action against the petition signers. “We are aware of and respect the significant processes that have taken place within your organization and other liberal organizations like yours,” Herzog wrote. “We believe these voices of liberal progressive Judaism are very important and need to be heard in Israel and the entire Jewish world but without crossing a terrible red line.” But, he added, “the signatures . . . undermine the deepest foundation linking the Jewish people and state and the ideological basis on which the Jewish agency was founded. Therefore, they cross all the red lines we have set.”

Herzog’s letter also called attention to the fact that HDNA leadership, in their July 5th letter to the Jewish Agency, had characterized the petition as partially the result of external “incitement” from IfNotNow—an organization whose membership has significant overlap with Habonim Dror—rather than as a grassroots effort by members. Schwartz, the HDNA director, declined to comment on the contents of the July 5th letter.

In an email to petition signers Friday morning, HDNA member Noga Shlapobersky expressed frustration that the HDNA leadership had characterized their petition as an outside effort fueled by IfNotNow. “We are shocked to see our movement leadership belittle our action and claim that the youth in our youth movement aren’t able to come to our own conclusions and opinions,” she wrote. “If Habonim Dror was a truly democratic youth movement, we would expect our leadership to listen to and uplift the voices of the youth and work to take real action against annexation.”

Emily Mayer, a co-founder of IfNotNow and HDNA alumna, denounced the Jewish Agency’s move in a statement to Jewish Currents. “The Jewish Agency issued a McCarthyite ultimatum towards a liberal Zionist educational organization, demanding that it remove members who asked the organization to do more to hold the Israeli government accountable for violations of international law,” she said. “The Jewish Agency is once again revealing that it, like so many Israeli institutions, only cares about American Jews as long as we give Israel unconditional support.”

In Schwartz’s Friday email, HDNA leadership said that the Jewish Agency was ignoring the fact that increasing numbers of HDNA members had made aliyah to Israel in the last decade. The email also indirectly criticized the petition authors for making their demands outside of traditional movement processes, and thereby “dividing the movement”: “When movement dialogue processes are circumvented, we leave ourselves vulnerable to control from the outside.”

The petition organizers, however, defend their campaign as an important part of movement dialogue itself. “Our desire for HDNA to take concrete anti-annexation and anti-occupation action is a product of the empowering education we received and embraced throughout our involvement with HDNA,” the petition organizers wrote in a statement to Jewish Currents. “The Jewish Agency statement is a blatant attempt to erase the voices of invested movement members who believe that HDNA’s actions should reflect its anti-occupation values.”

The first paragraph of this story has been updated to clarify that the signatories of the petition include alumni as well as current members of HDNA.