Covid-19 has illustrated the stakes of a lack of access to information in prisons. 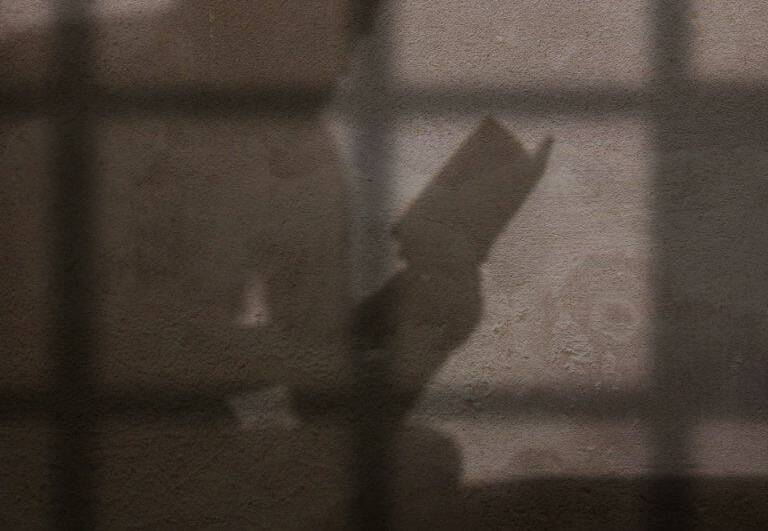 INFORMATION OVERLOAD is a free-world problem. While people in free society must wade through various news streams to decipher what is really happening, prisoners are often left high, dry, and uninformed. What is old news on the outside is often breaking news to prisoners. This is because of deliberate prison policies and procedures which limit our access to knowledge and information, placing restrictions on what we can know and learn. These restrictions are barriers to both prison organizing and reentry efforts.

Most prisoners find themselves housed in facilities in rural areas. Hundreds of miles from home and without internet access, we struggle to stay abreast of events in our old neighborhoods and cities. We don’t know how Covid-19 is affecting the places where our friends and families live. We don’t know how Black Lives Matter protests are affecting policy changes in our hometown justice systems. A recent survey of more than 8,000 prisoners by Slate and The Marshall Project found that most prisoners get their news via television, radio, or newspaper. But television and radio news tend to be local in scope.

This ignorance can be costly—even deadly. When news of Covid-19 broke, we thought it was a virus that mainly impacted older white people. Given that the majority of us behind bars are people of color, we thought we, and our families back home, had little to worry about. If we had known how the virus disproportionately impacted Black folks, we might have spoken differently to our family members, many of whom suffer from underlying conditions like hypertension, about safety and health precautions. It wasn’t until months later that we learned the disproportionate impact the virus has on people of color. The prison didn’t provide this information. Neither did the local news. Even today, deep into the pandemic, we are not provided up-to-date information on the virus. Many prisons across the country are under lockdown, leaving many prisoners worried and afraid. We don’t know how best to protect ourselves or our loved ones.

If ignorance is costly, being informed is, too. In the Pennsylvania facility where we are incarcerated, prisoners must pay $17 a month for cable access, which only includes CNN. (We used to also have an local ABC news channel, but we just lost access to it and we don’t know why.) Because we live in a rural area, our TVs—if we can afford to pay $200 for one—barely get reception without cable. Seventeen dollars may not seem like much to people in the free world, but every job at a Pennsylvania prison—including kitchen work, landscaping, block cleaning, and recreation area work—starts at 19 cents an hour, and the maximum wage is 42 cents. A prisoner can earn a raise every 90 days if their boss approves it, so you might go from 19 to 21 to 23 cents in six months if you keep the same job. With shifts of four to six hours, five days a week, a prisoner might earn roughly $22 per month before mandated court fines and other costs that the state requires be taken from prisoners’ pay.

If a prisoner cannot afford a television and cable, he or she must rely on print news. But quite often, print publications simply aren’t available. With so many media outlets focused on the internet, the number of print publications available to a prisoner, even at full price, has significantly declined. Many newspapers no longer deliver outside of their local regions or they don’t deliver to prisons; they figure people can access the news online. But people like us can’t. At SCI Fayette in western Pennsylvania, where we are, it’s not possible to get The Pittsburgh Post-Gazette, The Philadelphia Inquirer, The New York Times, or The Washington Post. As print publications decline, so do prisoners’ access to information.

In this environment, we depend on supporters and allies to provide information from the outside. But even when they do, sometimes the prison administration prevents materials from coming in. The categories of what kinds of materials can be prohibited are broad and the application differs from prison to prison. Each prison has an incoming publications review committee. The library also keeps a folder that lists banned publications. The Black radical George Jackson’s work has been denied, but Hitler’s Mein Kampf can be obtained. Sometimes, entire magazines are prohibited. Other times, it may be only a particular issue. If an article is critical of the prison-industrial complex, it might not be allowed inside.

Under these conditions, how are we to stay informed? There are people who have been imprisoned for decades who are computer illiterate. They don't know how to use a search engine. They have never used email, or even a cell phone. But, they, like the majority of prisoners, will eventually come home. And they will come home in the dark about current events and aspects of contemporary life that are well-known to people in free society. When many of us come home ignorant of the changes in society and our communities, is it any wonder so many of us fail at reentry?

Some prisoners experience culture shock upon release. The ways the world has changed overwhelm them. Being exiled for decades can have this effect on a person. Studies show that prisoners who maintain strong familial and community ties are much more successful at reentry. These prisoners are kept informed of the changes in the world and in their communities, which makes it easier for them to adjust when they return. We need people to help us gain access to news and information that will aid our reentry into society. Supporting “books through bars” programs is a good way to help, as is supporting the print publications that are still available to prisoners for free or at low cost. But ultimately, it is Departments of Corrections that must provide prisoners access to information and technology, especially regarding public health—and especially during a pandemic. Supporting prisoners’ access to news and information is a way to shine a light in these dungeons.

Stephen Wilson and Michael Ness are currently incarcerated abolitionists working to create a world without cages.

Stephen Wilson is an incarcerated abolitionist working to create a world without cages.

Newsletter
When Prison Guards Refuse Vaccines
A dispatch from an incarcerated person in Pennsylvania on the risks unvaccinated guards pose to prisoners.
Mari Cohen and Stephen Wilson
Sign up for our email newsletter, featuring exclusive original content
Short on time?
Sign up for our weekly Monday roundup of everything you missed in Jewish Currents last week.