How to Fight Antisemitism

The forces fomenting antisemitism are the forces arrayed against oppressed people around the world, including Palestinians. 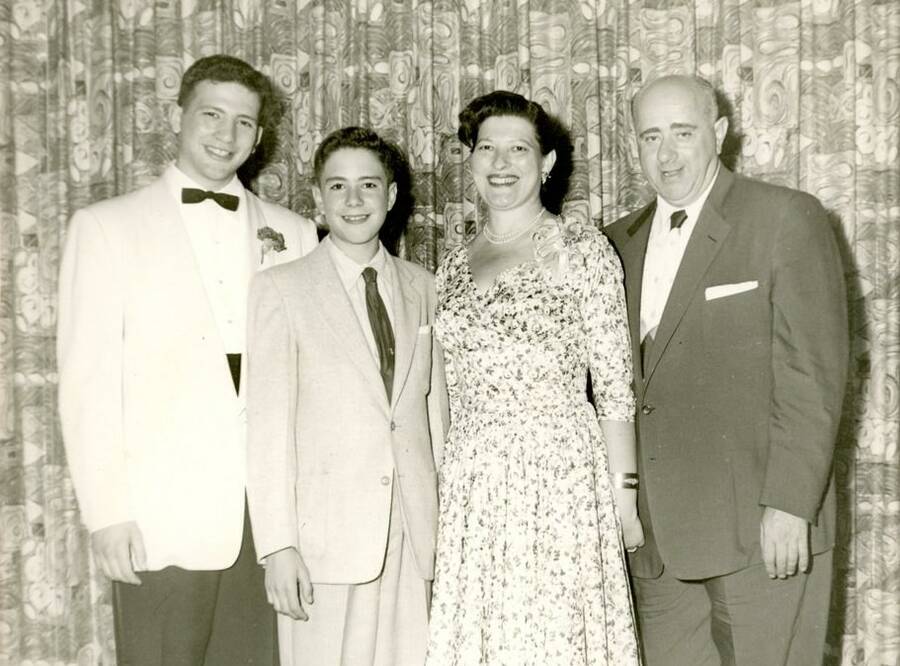 Bernie Sanders (second from left) with his parents and older brother in an undated photo, used with permission from the Bernie Sanders campaign
Tweet Copy Link Email Print

ON OCTOBER 27TH, we marked one year since the worst antisemitic attack in our country’s history, when a white nationalist walked into the Tree of Life synagogue in Pittsburgh and murdered 11 people and injured six others. The murderer acted on a twisted belief that Jews were part of a nefarious plot to undermine white America—a plot to assist in the “invasion” of the United States by a caravan of migrants from Latin America. This vicious lie about an “invasion” had been repeated endlessly in right-wing media, on Fox News, across the internet, and, most disgracefully, by the president of the United States.

The threat of antisemitism is not some abstract idea to me. It is very personal. It destroyed a large part of my family. I am not someone who spends a lot of time talking about my personal background because I believe political leaders should focus their attention on a vision and agenda for others, rather than themselves. But I also appreciate that it’s important to talk about how our backgrounds have informed our ideas, our principles, and our values.

I am a proud Jewish American. My father emigrated from Poland to the United States in 1921 at the age of 17 to escape the poverty and widespread antisemitism of his home country. Those in his family who remained in Poland after Hitler came to power were murdered by the Nazis. I know very well where white supremacist politics leads, and what can happen when people do not speak up against it.

Antisemitism is rising in this country. According to the FBI, hate crimes against Jews rose by more than a third in 2017 and accounted for 58% of all religion-based hate crimes in America. A total of 938 hate crimes were committed against Jews in 2017, up from 684 in 2016. The New York Police Department reported in September that antisemitic hate crimes in New York City have risen by more than 63% in 2019 and make up more than half of all reported hate crimes. Just last week, on November 4th, we learned that federal authorities had arrested a man in Colorado they believe was involved in a plot to bomb one of the state’s oldest synagogues.

This wave of violence is the result of a dangerous political ideology that targets Jews and anyone who does not fit a narrow vision of a whites-only America. We have to be clear that while antisemitism is a threat to Jews everywhere, it is also a threat to democratic governance itself. The antisemites who marched in Charlottesville don’t just hate Jews. They hate the idea of multiracial democracy. They hate the idea of political equality. They hate immigrants, people of color, LGBTQ people, women, and anyone else who stands in the way of a whites-only America. They accuse Jews of coordinating a massive attack on white people worldwide, using people of color and other marginalized groups to do their dirty work.

This is the conspiracy theory that drove the Pittsburgh murderer—that Jews are conspiring to bring immigrants into the country to “replace” Americans. And it is important to understand that that is what antisemitism is: a conspiracy theory that a secretly powerful minority exercises control over society. Like other forms of bigotry—racism, sexism, homophobia—antisemitism is used by the right to divide people from one another and prevent us from fighting together for a shared future of equality, peace, prosperity, and environmental justice. So I want to say as clearly as I possibly can: We will confront this hatred, do exactly the opposite of what Trump is doing and embrace our differences to bring people together.

Opposing antisemitism is a core value of progressivism. So it’s very troubling to me that we are also seeing accusations of antisemitism used as a cynical political weapon against progressives. One of the most dangerous things Trump has done is to divide Americans by using false allegations of antisemitism, mostly regarding the US–Israel relationship. We should be very clear that it is not antisemitic to criticize the policies of the Israeli government.

I have a connection to Israel going back many years. In 1963, I lived on a kibbutz near Haifa. It was there that I saw and experienced for myself many of the progressive values upon which Israel was founded. I think it is very important for everyone, but particularly for progressives, to acknowledge the enormous achievement of establishing a democratic homeland for the Jewish people after centuries of displacement and persecution.

We must also be honest about this: The founding of Israel is understood by another people in the land of Palestine as the cause of their painful displacement. And just as Palestinians should recognize the just claims of Israeli Jews, supporters of Israel must understand why Palestinians view Israel’s creation as they do. Acknowledging these realities does not “delegitimize” Israel any more than acknowledging the sober facts of America’s own founding delegitimizes the United States. It is a necessary step of truth and reconciliation in order to address the inequalities that continue to exist in our respective societies.

It is true that some criticism of Israel can cross the line into antisemitism, especially when it denies the right of self-determination to Jews, or when it plays into conspiracy theories about outsized Jewish power. I will always call out antisemitism when I see it. My ancestors would expect no less of me. As president, I will strengthen both domestic and international efforts to combat this hatred. I will direct the Justice Department to prioritize the fight against white nationalist violence. I will not wait two years to appoint a Special Envoy to Monitor and Combat Anti-Semitism, as Trump did; I will appoint one immediately. I will also rejoin the United Nations Human Rights Council, which Trump withdrew from. The United States should not be sitting on the sidelines on these important issues at the UN; we should be at the table helping to shape an international human rights agenda that combats all forms of bigotry and discrimination.

When I look at the Middle East, I see Israel as having the capacity to contribute to peace and prosperity for the entire region, yet unable to achieve this in part because of its unresolved conflict with the Palestinians. And I see a Palestinian people yearning to make their contribution—and with so much to offer—yet crushed underneath a military occupation now over a half-century old, creating a daily reality of pain, humiliation, and resentment.

Ending that occupation and enabling the Palestinians to have self-determination in an independent, democratic, economically viable state of their own is in the best interests of the United States, Israel, the Palestinians, and the region. My pride and admiration for Israel lives alongside my support for Palestinian freedom and independence. I reject the notion that there is any contradiction there. The forces fomenting antisemitism are the forces arrayed against oppressed people around the world, including Palestinians; the struggle against antisemitism is also the struggle for Palestinian freedom. I stand in solidarity with my friends in Israel, in Palestine, and around the world who are trying to resolve conflict, diminish hatred, and promote dialogue, cooperation, and understanding.

We need this solidarity desperately now. All over the world—in Russia, in India, in Brazil, in Hungary, in Israel, and elsewhere—we see the rise of a divisive and destructive form of politics. We see intolerant, authoritarian political leaders attacking the very foundations of democratic societies. These leaders exploit people’s fears by amplifying resentments, stoking intolerance and inciting hatred against ethnic and religious minorities, fanning hostility toward democratic norms and a free press, and promoting constant paranoia about foreign plots. We see this very clearly in our own country. It is coming from the highest level of our government. It is coming from Donald Trump’s tweets, and from his own mouth.

As a people who have experienced oppression and persecution for hundreds of years, we understand the danger. But we also have a tradition that points the way forward. I am a proud member of the tradition of Jewish social justice. And I am so inspired when I see so many Jewish people picking up this banner, especially the younger generation of Jews, who are helping to lead a revival of progressive values in our country. They see the fight against antisemitism and for Jewish liberation as connected to the fight for the liberation of oppressed people around the world. They are part of a broad coalition of activists from many different backgrounds who believe very deeply, as I always have, that we are all in this together.

Bernie Sanders is a United States senator from Vermont and a candidate in the 2020 Democratic presidential primary.