Gay Travel (or Music Makes the People Come Together) 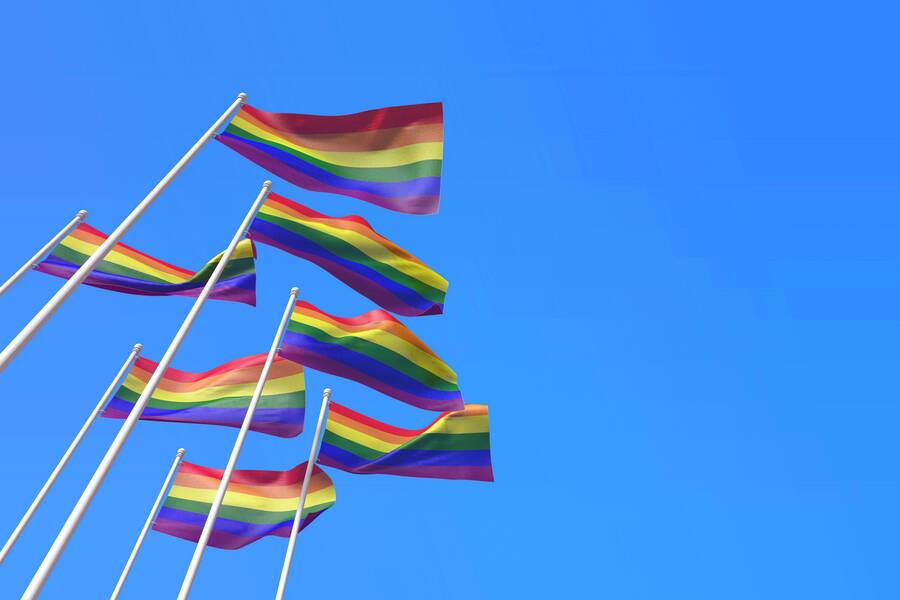 It is staggering, if unsurprising, to hear people hold up Israel as an exemplar of progressive ideals; Israel has, they say, implemented effective vaccination campaigns, enacted successful gun control measures, and established itself as a center of queer freedom. It is not only that these formulations of “success” occlude the anti-Palestinian violence that is the very condition of Israel’s existence; it is that lauding Israel for these forms of “success” actually promotes that violence by insisting on a kernel of righteousness that justifies its existence. That’s the phenomenon that the scholar Jasbir Puar named when she coined the term pinkwashing to describe the way Israel depicts itself as a bastion of queer safety surrounded by homophobic Arab nations. It’s an old story: The settler colony authorizes its own aggression in the name of the vulnerable—repackaged with a glossy rainbow veneer.

Kyle Carrero Lopez’s “Gay Travel (Or Music Makes the People Come Together)” witnesses this familiar pattern. In the poem, B, a settler in his home, travels to another country, where he celebrates pride with other queer settlers, “far from thoughts / of where they were or how or who / was below.” As these lines suggest, the myth of settler virtue relies on the attendant myth of hermetically sealed borders and clearly scripted geographies. But Carrero Lopez’s poem finds and exploits the holes, inverting the spatial order; soon, it is the settlers who rejoice in being below: “under / the molly under the red lights / under the ceiling / under the missile defense system.” As the poem progresses, the contradictions produce proximities. The language of aggression encroaches on those who believe themselves to be lucky and carefree: “club queers choose which tank, / which cross-body bag to wear.” By the poem’s end the party and the occupation are one and the same. And weren’t they always?

Gay Travel (or Music Makes the People Come Together)

The gays want to know how B’s trip to the settler colony went. He says: What can I say? It was a lot like the settler colony where I live, but with a great desert flair. Street life was fabulous over there. The city’s rainbow flags were a school of fish—plentiful, spry, slick in their sidewinds, a shield of gills turned one large gill. B slid through security checkpoint after security checkpoint, each playing a different era of Madonna. All over town, men held each other’s hands and not-hands and smiled, sun-licked on high-rises, far from thoughts of where they were or how or who was below. Parties every night. At the club, B met a twunk in a harness who would shout things like We’re so lucky to be alive—as in: under the molly under the red lights under the ceiling under the missile defense system and not Over There, where, like smog, gay hate hugs the air. But this one queer kept trying to interject. There’s queers on the fringes too, he’d start, queers teargassed, queers shot in self-proclaimed self-defense while club queers choose which tank, which cross-body bag to wear. And each time he’d begin to speak, the EDM would just keep playing louder and louder, almost like the DJ was doing it on purpose.

Kyle Carrero Lopez is the author of MUSCLE MEMORY, the chapbook winner of the 2020 [PANK] Books Contest. He lives in Brooklyn, where he co-founded LEGACY, a production collective by and for Black queer artists.