Father of the Whole World

“So it seemed that I was the only man left in the world.”

Elyash Translated from the Yiddish by Jessica Kirzane
January 10, 2020 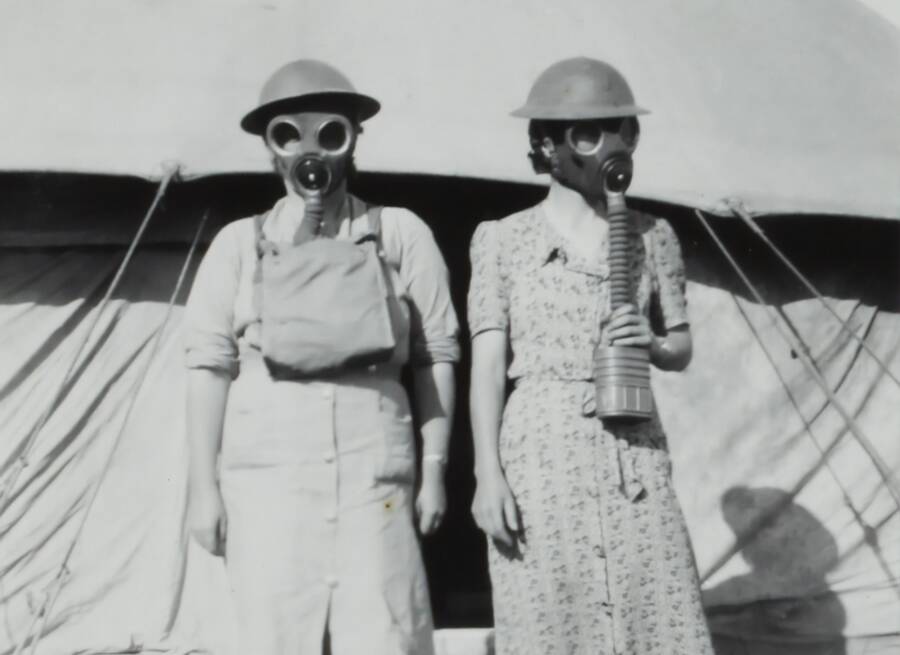 “Father of the Whole World” appeared in A bukh tsum lakhen (A book that will make you laugh), a collection of humorous short stories about New York life that included well-known Yiddish writers such as Avraham Razyin and Moyshe Nadir alongside virtually unknown figures. The story, written by Elyash Almi Sheps (1892–1963)—best known for the poetry, essays, and criticism he published under the pseudonym A. Almi, and here writing under his first name, Elyash—depicts a world decimated by war (although the collection is undated, it was likely published around World War I). The protagonist emerges from the editorial office basement he has made his bunker as the last man alive and finds himself in a world run by women. It calls to mind Charlotte Perkins Gilman’s feminist utopian novel Herland (1915), which also features a society without men. But unlike in Gilman’s rendering, the women in Elyash’s story cannot reproduce asexually. Elyash’s protagonist is therefore a highly desired commodity, who is eventually prostituted by the new US government to other nations in order to maintain the peace. As such, the lighthearted story reveals the anxieties and traumas of its moment—changing gender roles and the unspeakable ravages of 20th-century warfare.

Born Elyahu-Khayim ben Shloyme-Zalmen Sheps, Elyash Almi Sheps published many memoirs, essays, and books of poetry, stories, and literary criticism, and wrote in many of the major Yiddish outlets in New York and beyond. Shortly after he arrived in the US, he began contributing humor writing to the Groyser kundes (Great prankster), a weekly founded in 1903 that served as a haven for controversial young writers. The publication satirized the other New York Yiddish outlets, taking particular relish in poking fun at the Forverts.

Two of Elyash’s Groyser kundes colleagues appear in his story: Miriam Karpilove is the president of the United States, and Rachel Luria is the secretary of state. Both writers went on to have careers as short story writers; Karpilove was also known for her novels and reportage. While their inclusion in this story demonstrates their notoriety in the world of Yiddish writing—their names are recognizable enough to contribute to the story’s humor—it’s also striking that the anthology that contains this piece appears to be comprised of only male writers, throwing into relief how far these marginalized women authors were from living in a world in which women had the kind of power they are allotted in the story. Karpilove herself wrote a dispatch in 1917 about the first women ever to vote in New York City. At a time when women were being harassed for exercising their newly attained enfranchisement, Elyash’s fantasy about a world run by women must have seemed entirely absurd. Sadly, it still does.

Father of the Whole World: (A Fantastical Tale)

THE YEAR WAS 1925, shortly after the last two men—an eight-year-old boy and an old man who was 80—fell in battle. The cannons no longer resounded; the war had ended on its own.

For the entire war, I laid in the basement of the editorial offices of the Kundes, under a pile of discarded “masterpieces,” in order that they wouldn’t send me off to be killed in the trenches.

When I heard that the shooting had stopped, I ventured out into the world.

What I found was a horrifying disaster. The war—in which all of the peoples of the world, including America, took part—had ruined everything. It was all completely destroyed.

All of the men in the world were now peacefully resting in their graves among their comrades-in-arms. Among those who died in the war were all of my friends and acquaintances, all of the literati, journalists, and editors—even the editor of the Kundes, who died laughing while serving as a field marshal in the Kundes regiment. It was up to the women who were left behind to sign the peace treaties.

So it seemed that I was the only man left in the world.

Europe, America, Africa, and Australia were now all led by women. They were the presidents, the emperors, the editors, the cantors, the butchers, and the mohels (because, don’t forget, before the men were sent off to be slaughtered, their first military duty was to get married, so a fine crop of children were born several months after the men were all killed).

I read in the newspapers that America, together with England and France, planned on sending an expedition to the North Pole to see if there were even a half-dozen men in that remote land.

One thing that caught my attention was an announcement in the newspaper from the government of the United States:

If any man should turn up, even if he is blind, or dumb, or missing an arm or a leg or an ear, even if he is an idiot or a decadent poet, whoever he may be, he should report himself to us directly.

When the women saw me in the street there was a riot so great it almost caused an earthquake! They came at me from all sides: girls, young women, old ladies, herring peddlers and fifth avenue dames, nuns and rebbetzins—the whole female sex. They nearly tore me to shreds.

“And he’s all in one piece!” They danced for joy. “With arms and legs and a nose and eyes! Not a single deformity!”

“Hooray!” the hordes cried out in wild joy as they threw me up into the air.

“Slowly! Be careful!” the older ladies warned, “You might, God forbid, sprain his arm, or you could break his precious bones!”

“You should wrap him up,” they warned, “It’s windy out and he could, God forbid, catch cold.”

Soon a squadron of lady police arrived on the scene and freed me from the beckoning crowd. They wrapped me in silken blankets, packed me into a fine chest padded with satin and sent me off to a museum.

A large sign hanging over the entrance to the museum read:

From early in the morning until late at night they poured in: women, young and old, blonde and black and yellowed, satiny, grey, and ancient.

Most of them were bargain hunters. Bending over to give me a two dollar tickle under the chin, they would sneak a kiss on my lips, which should have cost an extra $2.50. Together with the tickle, they ought to have paid $4.50.

The news that America discovered a man—and not just a man but a whole, attractive, young man—quickly spread across all the countries of the world, causing great excitement.

Requests started coming in from all over the world asking that I be shipped off as a traveling exhibit. There were women who didn’t believe the story, they thought it was just another American bluff.

In short, the world was in turmoil. England, France, Germany, Russia, and all the other countries fought over me. They almost got into a diplomatic conflict with America. They wrote diplomatic notes.

Finally they came to a diplomatic agreement. They concluded that they would prepare a special ship for me with every possible comfort and send me around the world to be married.

They created new laws that gave me the right to divorce right after the wedding and marry again! I married and divorced over and over, without end, in every country on earth.

FORTY-FIVE YEARS LATER an international war broke out. This time all of those who were killed were sons of the same father.

Elyash Almi Sheps (Elyash) (1892 – 1963), who also wrote under the pseudonym A. Almi, was born in Warsaw and emigrated to the United States in 1912. He wrote in multiple genres, including poetry, theology, philosophy, memoir, and literary criticism. His humorous works include In elyashs kenigraykh (In Elyash​’s kingdom) (1924), Humoristishe shrift (Humorous writings) (1928 – 1929), and Ven s’glust mir tsu lakhn (When I have to laugh) (1930).

Fiction
An Artist’s Revenge
“Scowling, he grumbled to himself: It’s no wonder the rich view artists as their pawns, and art as their plaything . . . No one makes real art anymore!”
Wolf Wieviorka
Fiction
Baruch Hashem
I’m white trash. Jew trash. Immigrant trash. Girl-boy trash. I’m a Casanova without a cause.
Yelena Moskovich