Facing Questions About Its Israel Trips, the Sierra Club Falters

Under pressure first from Palestinian and then from Israel advocates, the environmental group has struggled to navigate travel to the region. 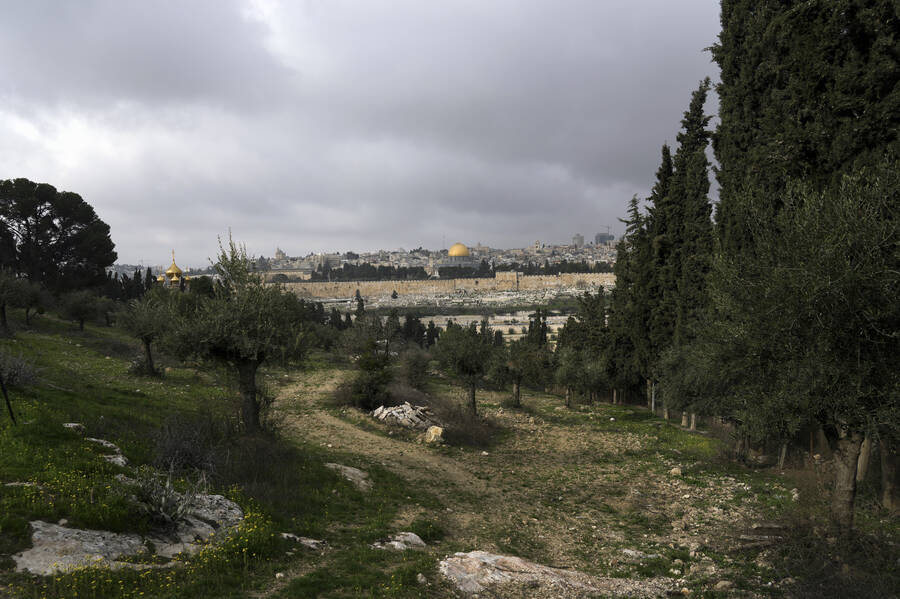 The Old City of Jerusalem as seen from the Mount of Olives, in East Jerusalem, February 21st, 2022.

ON MARCH 15TH, Dan Chu, the Sierra Club’s acting executive director, revoked the organization’s decision to cancel two nature tours of Israel under pressure from a coalition of Palestinian rights advocates. In a statement, Chu described the cancellations as “hastily made”; in response to critics who characterize boycotts of Israel as antisemitic, he said the Sierra Club “will continue to loudly condemn anti-semitism and any and all acts of hate.” The organization does not “take positions on foreign policy matters that are beyond that scope,” Chu wrote, adding that the Sierra Club had “taken accountability for the pain and anguish we created” with the decision. Leaders of the American Jewish Committee (AJC) and the Israel-advocacy organization StandWithUs praised Chu’s about-face. The CEO of the Anti-Defamation League (ADL), Jonathan Greenblatt, said he was “encouraged by the conversations I’ve had with @SierraClub leadership over [the] past 24 hours.”

The two conflicting announcements came after three weeks of talks with Palestine advocates and subsequently several days of meetings with Israel advocates. More broadly, the debate within the Sierra Club—one of the most prominent environmental groups in the United States—over how it should approach the question of travel in Israel/Palestine comes after two years in which the organization’s politics have shifted in response to demands from activists. At the height of the uprisings following the murder of George Floyd in 2020, the organization disowned the racism of its founder, the conservationist John Muir. “It’s time to take down some of our own monuments,” wrote Michael Brune, the Sierra Club’s director at the time. In an interview with The New York Times earlier this year, the president of the Sierra Club acknowledged that his home, in Brooklyn, is on “the unceded land of the Canarsee people.”

The activists who campaigned to cancel the organization’s trips to Israel said they sought to align the Sierra Club’s practices with its stated politics. “The Sierra Club will have to decide what its narrative is,” Sumaya Awad, a director of Adalah Justice Project, said after Chu’s reversal. “Will it continue to be an organization rooted in whiteness and an archaic approach to environmental justice? Or is it going to fully adopt this new narrative, that it’s anti-racist and prioritizes indigenous struggles?”

The campaign was inadvertently initiated by Marc Sapir, an 80-year-old Jewish supporter of the Boycott, Divestment, and Sanctions (BDS) movement targeting Israel, and a dues-paying member of the Sierra Club, which leads outdoor recreation trips in the US and around the world in addition to lobbying on environmental issues. In January, Sapir received an email from the organization announcing two trips to Israel, one geared toward birdwatchers and the other focused on natural history. He sent Leslie Rider, the senior advisor of the Sierra Club’s Board of Directors, an ultimatum. “If the Sierra Club does not honor the BDS movement aiming to end the outrageous behavior of the Zionist state,” he wrote in an email obtained by Jewish Currents, “I will have to suspend my membership and spread my concerns and outrage to hundreds of other Sierra Club members.”

Rider replied by sharing a letter that she said “the Outings team,” which coordinates the Sierra Club’s trips, had sent to “others who’ve inquired about this issue.” “We agree that the occupation of Palestine is unjust and inhumane,” the letter said. But “a tourism boycott could harm our relationships and ability to work with our partners on other projects. We do not compromise our values or policies in the name of an alliance, but we do consider the impact of all our actions.”

After receiving Rider’s email, Sapir alerted Adalah-New York to the Sierra Club’s trips, sparking its campaign. He also wrote to Mazin Qumsiyeh, an environmental scientist at Bethlehem University, in the hopes that the input of a Palestinian expert living in the West Bank might sway the Sierra Club to end its outings. “Reconsider this trip,” Qumsiyeh wrote to Rider in an email obtained by Jewish Currents. At the same time, if the Sierra Club insisted on moving ahead with the trip, he offered to help arrange tours of the West Bank for the participants. “If the trip goes through despite the moral and conscienscious objections you received from members of the Sierra Club and others like us, it is essential that the participants experience life of indiginous people [sic] and nature on the ‘other side’ of the literal and metaphysical apartheid wall,” he wrote. Rider replied with a form letter in which she said the leaders of the Sierra Club would “take your feedback into consideration for the future.”

Like the campaigners, Qumsiyeh said in an interview that the trips “greenwash” the Israeli state project, obscuring “environmental destruction through green terminology.” According to an itinerary of one of the Sierra Club’s tours, the trips are primarily confined to nature reserves and other historic attractions, and do not venture into areas that illustrate the environmental degradation borne of Israeli dominion over Palestinian land. “The Sierra Club needs to see how Israelis are devastating our environment,” Qumsiyeh told Jewish Currents. “They need to see how the state has diverted the water of the Jordan Valley, and how it dumps genotoxic chemicals on Palestinian land.” That, he explained, is why he not only argued that the trips should be canceled, but urged the Sierra Club to include a visit to the West Bank in its itinerary should they go ahead. (Though the itinerary includes visits to Israeli-occupied areas in the Golan Heights and East Jerusalem, it makes no mention of their status as occupied land.)

On February 22nd, the Sierra Club received a letter from Adalah-New York demanding the cancellation of the trips, signed by the Movement for Black Lives, the US Campaign for Palestinian Rights, the Indigenous rights group NDN Collective, Jewish Voice for Peace, Palestinian Youth Movement, Adalah Justice Project, and Visualizing Palestine. “By promoting a false image of Israel as environmentally-friendly,” the coalition wrote, “these trips erase both the existence of the Palestinian people and Israel’s systemic racism and discrimination against them, and greenwash Israel’s system of apartheid and its illegal colonization of occupied Palestinian and Syrian lands.”

A week later, the coalition of activists met with a committee of about five members of the Sierra Club staff, appointed by Chu and including several senior leaders within the organization, according to a person familiar with the discussions. “The committee’s engagement was honest and serious,” the source, who requested anonymity to maintain their working relationships, told Jewish Currents. “They wanted to live up to the Sierra Club’s anti-racism.” Two weeks later, on March 11th, the Sierra Club canceled the trips. It didn’t publicize the decision, but the chair of the organization’s National Outings team, which coordinates trips, wrote an email about the decision to hundreds of Sierra Club volunteers, which was quickly leaked to The Jewish News of Northern California.

On the day the Sierra Club suspended the trips, the committee and the coalition met again, according to the source. The activists offered to help the Sierra Club handle blowback from the Jewish establishment, and explore the possibilities for ethical tourism in the region.

Even as the Sierra Club remained in contact with Palestinian rights activists, the organization also began to hear from Israel-advocacy groups. Days after the trips were canceled, politicians and Jewish establishment leaders urged the Sierra Club to reverse its decision in a virtual meeting, The Jewish News of Northern California reported. Two members of the California state legislature pressured the organization, as did the ADL, the AJC, and the Jewish Community Relations Council. Jewish groups also publicly criticized the decision: On March 14th, the ADL characterized the cancellations as “validating and emboldening a campaign that seeks to undermine and demonize Israel’s legitimacy,” and the Simon Wiesenthal Center called the Sierra Club “an antisemitic polluter.” The next day, the organization reversed its decision on the trips.

The Sierra Club has not contacted the coalition since reinstating its trips, the source said. The Sierra Club did not respond to press inquiries from Jewish Currents.

Awad argued that if the Sierra Club hopes to continue leading tours in the land between the river and the sea, it should look to the example of EyeWitness Palestine, which has long convened delegations to the West Bank. Its tours focus on particular themes, from political economy to Palestinian and Israeli relations to the land, and are guided by Palestinians and Israelis who are committed to a just solution in the region. A Jewish staffer at the Sierra Club, granted anonymity to protect their employment, also praised EyeWitness’s tours of the region. “I’ve heard of people who’ve gone on trips with them, and they’ve said it’s changed their life,” the staffer told Jewish Currents. “The Sierra Club has done the same thing domestically, leading delegations called ‘Toxic Tours’ that show people the effects of pollution. There is a kind of tourism that leads to change and dignity for the people who are being visited.”

An earlier version of this piece incorrectly identified EyeWitness Palestine as having co-signed the letter to the Sierra Club on February 22nd, and neglected to list the organization Visualizing Palestine as a signatory.