Poet Janlori Goldman’s new collection is one to be read and read again. 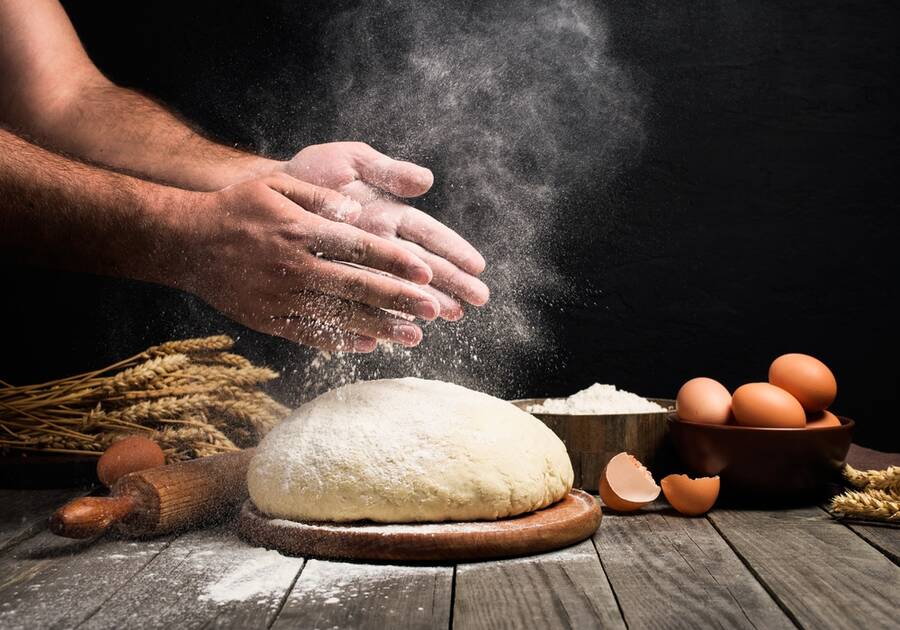 The title of the collection asks the reader to keep three ideas in mind: the idea of bread, of stranger, and of oven. The reader is continuously asked, “What nourishes?” In the opening poem, “Winter Solstice,” the speaker imagines guests staying for dinner and a tender and intimate offer: “Let me sew that button.”

But the poems are not afraid to explore all kinds of appetites, as in “Washing Dishes in Evergreen Colorado”:

Lots of things I wanted were worth getting
slugged for.

I almost got punched at the second place I did
dishes.

The register came up short that day
I may have taken those twenties
but it’s hard to remember what I did
and what people thought I did.

The title poem falls in the center of the collection. The girl in “Bread from a Stranger’s Oven,” in a setting both real and fairytale-like, “dreams of baking bread.” And while the forest woman, the bread baker, would appear to be the stranger, it is also the girl, proxy for the poem’s speaker, who is the stranger. The oven is every dark place.

The poems also find light in darkness, as in “Ode to My Gallbladder,” which, in a manner reminiscent of Lorca, elevates the mundane with wit and regret:

You should be grateful you’re not heart
or lungs working 24/7 with no overtime.

Aha, I see it now,
I’ve given you too much leash,
flex-time broke your work ethic —

The collection includes a number of Jewishly themed or Jewishly resonating poems. In “Yom Kippur,” with an epigraph by Israeli poet Yehuda Amichai and language that suggests Amichai’s syntax, the speaker reflects on the absence of roles for women in traditional synagogues and the absence of food on Yom Kippur—while, at the same time, hoping for revelation. “Bungalow in the Catskills” vividly recreates the summer vacation experiences of the 1940s and 50s. “Chanukah” explores miracles.

In a number of poems in the collection, bread, stranger, and oven become profound metaphors for childbirth, parenting, and domesticity. The “Language of Math” explores the discourse between parent and child, what we know and what we don’t know. The last line of the poem includes the word “push,” evoking the moment of childbirth.

Teach me that intersecting space where things make sense,
where we can find each other. I want to know
Fibonacci’s sequence in bee mating,
seeds in a sunflower, the pinecone’s spikes.

Teach me numbers, the power to push,
or not to push at all.

“Grapefruit,” the closing poem in the collection, vividly yet dreamily sets forth a narrative about the drowning of a man from Ghana in the Hudson River, the swollen grapefruit a proxy for the man who could not be saved, its juice running like the river.

Maybe there’s a plate or a napkin but grapefruit doesn’t care
for being contained, sprays like a hot day’s sprinkler,
on a running child, like the first uncorked pour of bubbly
foaming over the rim–or the Hudson in a hurricane.

It is a poem, and a collection, to read and read again.