Cancer and Its Metaphors

Anne Boyer’s The Undying seeks a new form for the cancer memoir. 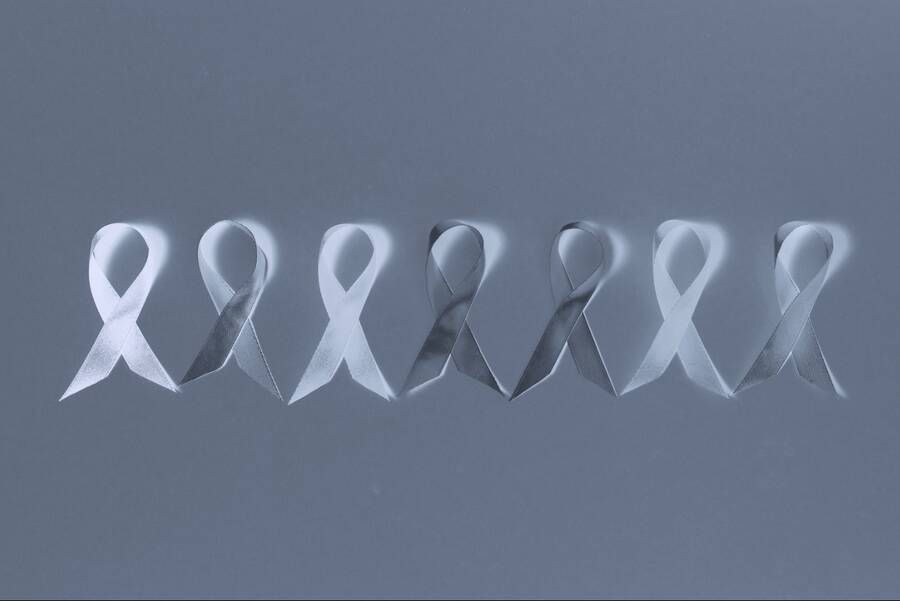 CANCER IS AND ISN’T one thing. All cancers happen when a cell loses its ability to control its replication, but the list of cancers currently in use by researchers recognizes the overwhelming multiplicity of the disease, which manifests differently from tissue to tissue and even from cell to cell. Nevertheless, in the early decades of the 21st century we still experience and describe cancer as though it came in just a few distinct genres, each corresponding to an organ. Take, for example, the ubiquitous pink ribbon representing breast cancer. For a long time, I didn’t know that lung cancer—my cancer—has a color too. It’s white, but I’ve never seen anyone wear a white ribbon.

Anne Boyer’s cancer is breast cancer. The well-known poet and essayist was diagnosed with the triple-negative form of the disease, which comes with a famously poor prognosis and few treatment options, at the age of 41. Boyer’s memoir The Undying is the unsettling account of her journey through a harrowing course of chemo. At the time, she was a single mother living with her teenaged daughter in Kansas City; in a rare prosaic detail, she reveals the rent she pays for their two-bedroom apartment, “around $850 a month.” She teaches literature to art students for a living, and is entitled to a fixed number of sick days. A woman on her own, she relies on her many good friends who support and transport her during the disruptive turns of the treatment.

Breast cancer, Boyer insists, is women’s cancer. The disease indeed has a significant female literary genealogy, which Boyer incorporates into her personal narrative: 18th-century novelist Fanny Burney’s riveting “mastectomy letter” that recounts her surgery without anesthetic; Audre Lorde’s intimate and political Cancer Journals; and Susan Sontag’s impersonal, historical, and now canonical account of cancer discourse and iconography, Illness as Metaphor. Boyer’s incorporation of a wide range of writers is integral to her project. Besides those already listed, the memoir interweaves passages from the long history of literary meditations on illness. The 17th-century metaphysical poet John Donne and Aelius Aristides, a Greek orator from the second century CE, feature prominently. (Aristides was an ardent follower of the demigod Asclepius, whose entwined serpent, symbol of healing, appears on the book’s cover.) The Undying’s intertextual tapestry also includes references from Kathy Acker, Marguerite Duras, Margaret Fuller, Virginia Woolf, Julia Stephen (Woolf’s mother), Bertolt Brecht, and John Cage, among many others.

Boyer’s engagement with her sources ensures that The Undying, though it is a narrative in the first person, is only minimally autobiographical. “I do not want to tell the story of cancer in the way I’ve been taught to tell it,” Boyer writes. Sontag, the tutelary figure who presides over The Undying from its very first lines, described this story and her resistance to it in AIDS and Its Metaphors, published a decade after Illness as Metaphor. “I didn’t think it would be useful—and I wanted it to be useful—to tell yet one more story in the first person of how someone learned that he or she had cancer, wept, struggled, was comforted, suffered, took courage . . . though mine was also that story,” Sontag wrote. Her solution to avoiding that familiar story was to turn to other writers. This is the model Boyer has adopted. What stands out about The Undying, several decades later and in the wake of a dramatic proliferation of cancer memoirs, is the affect and intensity of its linguistic virtuosity.

“If this book had to exist,” Boyer writes, “I wanted it to be a minor form of reparative magic, for it to expropriate the force of literature away from literature . . . I hate to accept, but do, that cancer’s near-criminal singularity means any work about it always resembles testimony.” What Boyer wants, she says, is for the book to be judged not by its veracity—as cancer memoirs so often are—but by its form, “which is its motor and its fury, which is a record of the motions of the struggle to know, if not the truth, then the weft of all competing lies.” Chemotherapy, she writes with Sontagian bravura, “is death-against-death modernism.” This could serve as Boyer’s metaphor for the writer’s relentless struggle to find language for what in the treatment of disease necessarily escapes articulation.

This is the ambition at the heart of The Undying, whose testimony is located at the nexus of feeling and the social, the individual body and the chemical protocol inserted into it: “Despite icing my hands and feet all during chemotherapy in an attempt to avoid it, my fingernails and toenails begin to lift from their beds. Fingernails lifting from fingers hurt as badly as fingernails lifting from fingers should. I bandage my iridescently painted nails onto me.” What makes this awful detail strangely bearable—Boyeresque, as it were—despite its association with torture, is the lyricism that follows: “Then my fingers are the most annoying solipsists: numb to the world, outraged in their interiors.” There’s no getting away from metaphor, as Sontag herself ultimately admitted, and as Boyer irresistibly shows when she writes, for instance, “Every nerve is a beggar, asking for the alms of an end.” Perhaps the real problem with the symbolic language around cancer is its insistent sameness: pink ribbons signify breasts, breasts signify women. The sheer abundance of Boyer’s metaphors, by contrast, captures something important about the persistent wiliness of the disease.

AFTER THREE-AND-A-HALF YEARS of monthly chemo that had transformed my body into an enfleshed facsimile of the Michelin Man, with rolls of fat around my waist and thighs, swollen cheeks and patchy hair, my brain punctured by memory holes, the oncologist decided it was time to stop. My body had reached its limit of toxicity. “We’re done.” The IV was still in my wrist in preparation for my next infusion. Done? So does that mean I’m in remission? Well, “partial remission.” Two lobectomies and one cryoablation later, it’s another story.

Before reading her cancer memoir, I imagined that what I took Anne Boyer to mean in the title of her book as “undying” was something like the unendingness of this scan-to-scan existence, the shape of my diagnosis: “incurable but treatable.” That was wrong. Boyer’s vividly described chemo treatment made her cancer disappear. She survived both her cancer and her treatment. “Now that I am undying,” she writes, “the world is full of possibility.” At the end of The Undying, Boyer admits she has told the story of survival she initially disdained; she reconciles herself, in this sense, to linear narrative. It’s the price of being alive, after all.

Nancy K. Miller is a cultural critic and memoirist whose most recent book is My Brilliant Friends: Our Lives in Feminism. She is a professor of English at the CUNY Graduate Center.