Israel’s longest-serving prime minister may be out, but his legacy will outlast him. 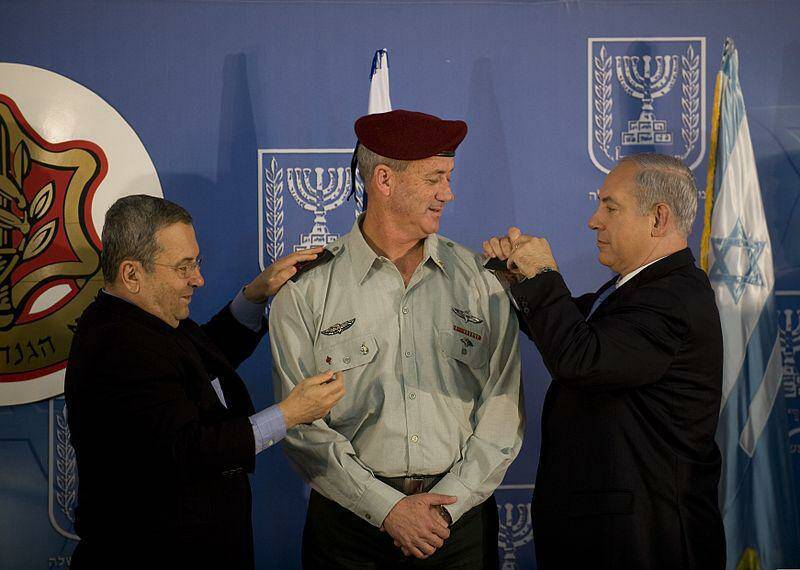 WHEN TUESDAY’S ISRAELI ELECTION RESULTS came in, commentators and politicians were quick to announce the end of an era, the quarter-century—including 13 years as prime minister, with a consecutive decade since 2009—in which Benjamin Netanyahu was at the center of Israeli public life.

Netanyahu’s hopes for a big sweep didn’t pan out: infighting among right-wing parties cost the nationalist camp dearly, and a record number of Arab voters made up for the collapse of the traditional Zionist left. Netanyahu didn’t outright lose, but he would have had to win big in order to avert his upcoming legal woes stemming from corruption allegations. Instead, the elections garnered the same results as the previous elections in April: a stalemate. The two largest parties—Blue and White and the Likud—are in a virtual tie, with Avigdor Lieberman, Chairman of Yisrael Beiteinu, poised to act as kingmaker or spoiler.

Netanyahu still has options: make a deal with Blue and White’s Benny Gantz, flip Lieberman, or drag Israel into a third election cycle. But all three would be hard to execute, even for the best politician Israel has ever known. The past two elections weren’t about values or policies, but a referendum on Netanyahu, a binary question: “to Bibi, or not to Bibi.”

To liberal Zionists and centrists, ousting Netanyahu has been the main goal. For them, his exit from public life would mean they can “begin the journey to fix Israeli society,” as Gantz said at the party’s post-election rally.

But regardless of Netanyahu’s fate, Israel will not soon recover from his legacy. Netanyahu had been softly pushing Israel to the right for years, and in his final bid for power, he may have fully driven it off the nationalist cliff.

Mere days before the elections, Netanyahu gave a press conference in which he promised to annex the West Bank if reelected. Shortly thereafter, the attorney general approved annexation of Mevo’ot Yeriho, a West Bank settlement. Netanyahu also vowed to apply “Jewish sovereignty” over the West Bank in the settlement of Elkana. He even made a rare trip to Hebron to attend a ceremony commemorating the 1929 Hebron massacre. In his speech, Netanyahu said to the captivated settler audience, “No one will disinherit us.”

A DECADE AGO, upon his return to leadership and with Barack Obama newly inaugurated in Washington, Netanyahu claimed he was committed to a sustainable resolution of the conflict: “In my vision of peace,” he said, “there are two free peoples living side by side in this small land, with good neighborly relations and mutual respect, each with its flag, anthem and government, with neither one threatening its neighbor’s security and existence.”

That was then. But since Donald Trump’s ascent, Netanyahu has shed any last pretense of desiring a just outcome. For his part, Trump has outsourced US policy in the Middle East to Jared Kushner and US Ambassador David Friedman, both of whom share Netanyahu’s total contempt for the Palestinians.

Netanyahu and Friedman have succeeded in shifting US policy rightward: moving the US embassy to Jerusalem, recognizing Israeli control of the Golan Heights, and supporting annexation of the West Bank. Netanyahu has also pursued a covert plan to empty out Gaza: during his campaign visit to Ukraine, a senior Israeli official told diplomatic correspondents, “Israel is actively promoting the emigration of Palestinians from Gaza. In 2018 over 35,000 have already left.” According to a +972 report last year, this wave of emigration consists mostly of doctors, lawyers, academics, and scientists, resulting in a severe brain and economic drain.

Netanyahu was once seen as a pragmatist. But time after time he has made excuses to avoid a sustainable solution with the Palestinians. To the world he would speak of two states, while to Israelis he would sign off on more settlements and the Jewish-only roads cutting through the West Bank. In flawless English, he would boast of Israel’s gay Knesset members, but in Hebrew he would plead with Otzma Yehudit a far-right Kahanist party, to enter the Knesset.

Nationalist ideology has always been Netanyahu’s north star. As former MK Haim Ramon wrote about him, “Netanyahu hasn’t changed his ideology in order to survive, but he keeps fighting for survival in order to fulfil his ideology.” His active promotion of Gazan emigration illustrates how he brought extreme right-wing ideas into the mainstream. A recent Pew Poll shows that now nearly half of Israelis support expelling the Arab population—essentially ethnic cleansing. The policy has its roots with Ze’ev Jabotinsky (who employed Netanyahu’s father as his secretary) and has seen a subsequent revival over the past few decades. By encouraging Palestinians to leave Gaza and strengthening the settler base in the West Bank, Netanyahu has deliberately weakened an already frail Palestinian civic society.

Liberal Zionists, both in the US and in Israel, are as much to blame as Netanyahu for this long and steady drift to the far right. Weary and apathetic, Israelis have been running to parties that campaign on cheaper phone plans while advocating an agenda that isn’t too dissimilar to Netanyahu’s. In the US, meanwhile, many Jews are content to offer stern rebukes while continuing to send money and rally political support.

Yes, the people who voted for Gantz did so to try and return to the status quo, but in Israel, moderation is barely distinguishable from extremism. During the campaign, Gantz bragged that when he was general chief of staff of the IDF, he took Gaza back to the stone age. He has even tried to cast annexation as his own idea, saying, “We are happy that the Prime Minister has come around to adopt the Blue and White plan to recognize the Jordan valley.” His running mate Yair Lapid said in a previous campaign he wouldn’t sit with the “Zouabies,” referring to Arab MK Hanin Zouabi, and Blue and White members of Knesset Moshe Ya’lon and Yoaz Hendel boycotted a rally against Netanyahu’s corruption because Ayman Odeh, the chariman of the Joint List, spoke in it.

The center in Israel refuses to sit with Arab-led parties because they claim that they don’t recognize Israel as a Jewish and democratic state—because they are not Zionist. Yet Lapid and his ilk sat in governments with Yisrael Beiteinu, a single-leader party that vowed to strip citizenship from Arabs who wouldn’t pledge allegiance to the state; Yemina, who advocated for annexation of the West Bank without giving Palestinians the right to vote; and United Torah Judaism, an anti-Zionist party whose members refuse to be ministers because they don’t recognize Israel.

The Israel that Blue and White wants to return to never existed; the Palestinian question has always been the elephant in the room; where the far right wants to remove it by force, liberals simply choose to ignore it.

TO MANY ISRAELIS and their overseas sympathizers, these elections offer a glimmer of hope, between the apparent rejection of Netanyahu and the Arab-led Joint List becoming a more serious political force. But it’s worth remembering that Otzma Yehudit was little more than a percentage point away from passing the electoral threshold (they received 1.88% of the vote, and needed 3.25%), which would have given Netanyahu what he needed to carry out the far right’s full horrifying agenda. This percentage point is an uncomfortable margin, and representative of the fact that with or without Otzma, Israel is still on that path.

Netanyahu unleashed these nationalist forces in order to make Gaza unlivable, to conquer and divide the Palestinians, to pit Israelis against each other, and to sustain the status quo of occupation. He has produced a single-state in all but name, in which his promised annexation of the West Bank would only entrench the apartheid-like conditions already present on the ground.

For Israel, the only path to recovery is to embrace the principles of the progressive left—which must include a radical reimagining of the Israeli economy and society, the peace plan, Israel’s foreign policy, and the religious apparatus—to counter Netanyahu’s embrace of the extreme right. If liberal Zionist parties don’t change the current political paradigm and bring the Arab-led Joint list into the fold—if they don’t give all Israelis, Jews and Arabs, a future to hope for—it won’t matter who the next prime minister is. He or she will have to manage a single state in constant, violent crisis.

Etan Nechin is an Israeli writer living in New York and the online editor of The Bare Life Review. His writing has been published in Haaretz, the Forward, Zyzzyva, Columbia Journal, Huffington Post, Apogee, and more. He is a recipient of the Felipe De Alba Award for Fiction.