Stephen Dixon, who died late last year, was among the most innovative and prolific fiction writers of his generation. 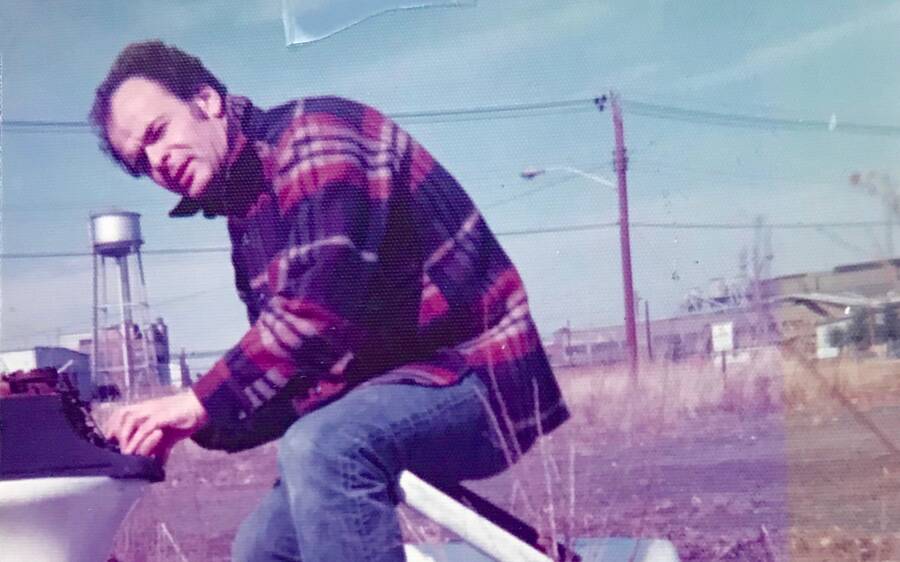 WHEN STEPHEN DIXON DIED late last year, American literature lost an underappreciated master. Dixon—who passed away at the age of 83 on November 6th, 2019, after a brief illness related to Parkinson’s disease—was among the most innovative fiction writers of his generation. He was also one of the most prolific. In his six-decade career, he published well over 600 short stories. The last two of his 35 books (18 novels and 17 short story collections) appeared last year, and he continued writing until his last weeks, hammering away on his manual typewriter with, as he wrote in a letter to longtime friend and literary critic Jerome Klinkowitz, “the two good fingers Parkinson’s has left me.”

Dixon’s work earned many accolades, including multiple O’Henry Awards, Pushcart Prizes, and appearances in the Best American Short Stories anthologies, as well as one nomination for the PEN/Faulkner Award and two for the National Book Award (in 1995, he lost to Philip Roth). But his willingness to play with narrative structure restricted his popular appeal, even as it influenced a generation of contemporary fiction writers, many of whom have gone on record to say so (Jonathan Lethem, Julia Alvarez, Daniel Handler, and Dave Eggers are among them). And for 27 years, he was a professor in the storied Johns Hopkins University Writing Seminars, where he taught Chimimanda Ngozi Adichie, Porochista Khakpour, ZZ Packer, David Lipsky, Esi Edugyan, Fred Leebron, and many others.

Dixon’s work was not only formally adventurous, but also deeply personal, drawing heavily from his own experiences and often dealing with life’s least palatable aspects. The critic Michael Silverblatt once said that Dixon “attempts to render reports of unbearable experience.” Indeed, Dixon spent the last decade of his life writing about the illness and eventual death of his beloved wife—the translator, Russian scholar, and poet Anne Frydman, who lived with multiple sclerosis for over 25 years—and then about his own struggles living with Parkinson’s disease. Dixon’s work achieves its particular visceral effects by dispensing with traditional narrative structure. His protagonists don’t simply move through a story from discreet beginning to resolved end; instead, they tend to pace back and forth, in and around and over their troubles—picking off scabs, licking wounds to see how they taste.

Dixon was born Stephen Ditchik on June 6th, 1936, on the Lower East Side of Manhattan, the fifth of seven children whose grandparents had emigrated from the Pale of Settlement in Poland.  If his name had remained “Ditchik,” perhaps it would be more readily mentioned among the giants of postwar Jewish American literature, with the likes of Bellow, Roth, Paley, Mailer, Ozick, and Malamud. But in 1939, Dixon’s father, Abraham Ditchik, was at the center of a widely publicized corruption scandal: as part of a criminal ring extorting doctors who performed illegal abortions, he was prosecuted by John Harlan Amen (who later gained fame as chief interrogator of war criminals during the Nuremburg trials), convicted, and sent to Sing-Sing. Dixon’s mother, Florence Ditchik (née Leder)—a former beauty queen and Broadway chorus girl—changed her children’s last name to Dixon to protect them from being harassed at school, and perhaps also to punish her husband for exposing the family to humiliation. Young Stephen was told his father was absent because he was a colonel in the Army’s Dental Corps, stationed in Albuquerque. At the age of ten, Stephen learned the truth from court documents and transcripts found hidden away in the basement. It took him several months to read the voluminous material in secret, but he was spellbound by the courtroom give-and-take.

Perhaps this early collision of narratives was the impetus that led Dixon to become first a tenacious journalist, and later an almost compulsive fiction writer. As a journalist, he interviewed the likes of John F. Kennedy, Richard Nixon, Adlai Stevenson, and Lyndon B. Johnson. In a 2007 interview for Johns Hopkins Magazine, he recounts the story of the time he interviewed Nikita Khrushchev during the latter’s first state visit to Washington: “We reporters were behind ropes, and I just broke free. I would have been killed today, but I just ran up the steps and said, ‘Premier Khrushchev?’ and he turned to his translator and said, ‘Who is this little guy?’ even though I was much taller than him.”

Early journalistic success soon gave way to other ambitions. His boyhood friend, the sculptor Harris Diamant, recounts, “He was always writing. You’d go into his room and there were stacks of paper in every corner.” In the early 1960s, when Dixon worked for CBS Radio News, he spent his lunch hours working on short stories at open typewriters. Hughes Rudd, who would later anchor CBS TV News, asked what he was up to; when Dixon told him, Rudd offered to send some of his stories to his friend George Plimpton at The Paris Review. Plimpton chose a story and made numerous editorial suggestions. The piece was reworked several times at Plimpton’s insistence before Dixon, frustrated, sent him the first version without any revisions. Plimpton accepted the story, congratulating Dixon “for finally taking [his] advice,” and “The Chess House” appeared in the 1963 Winter/Spring issue. This was Dixon’s first published story, to be followed over the next decades by hundreds of appearances in magazines large and small, from Playboy to The New England Review to The Atlantic, to—as he once told me—an in-flight airline magazine. He wrote constantly and was published regularly, but it took an additional 13 years for his first collection, No Relief, to appear. Dixon was 40. Over the next 43 years, he published another 34 books, with publishers as large as Harper and Row and Henry Holt and as small as Street Fiction Press, which published a mere nine titles between 1976 and 1981 before folding.

Throughout Dixon’s long career, an unorthodox approach to writing made his work singular and critically respected. His narratives, moving at the pace of a fever dream, dive straight into the heart of misery with a hectic exuberance that lends his protagonists an almost comic feel, even when their predicaments are undeniably tragic. In his stories, characters cope with everyday disasters, great and small—dreaming, fretting, dissembling—while Dixon plays with the telling. The National Book Award-nominated novel Interstate delivers eight different renditions of a murder, including one in which it doesn’t occur at all. In the space of a story, a single event can replay in wildly different ways. Time and space are provisional, pulsing back and forth between faultily remembered pasts and theoretical futures. Ultimately, this is what makes Dixon such a powerful writer: his narratives are prismatic, containing infinite renderings. All of what we’re reading, he seems to be saying, just like all of what we experience, is just a draft.

A memorial reading in Dixon’s honor will be held on February 27th at the Murmrr Theatre in Brooklyn.

Matthew Petti is an Associate Professor of English at the University of the District of Columbia. He is currently working on an authorized biography of Stephen Dixon.