A leaked memo shows the group hopes to maintain a pro-civil-rights veneer while opposing any policy pressure on Israel. 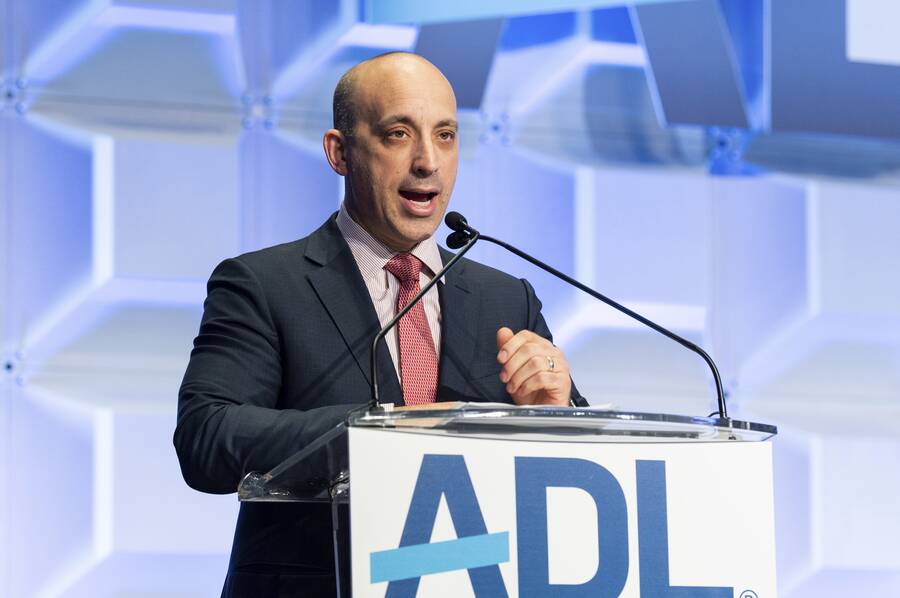 AS THE ISRAELI GOVERNMENT prepares to annex parts of the West Bank, Jewish establishment organizations are strategizing how best to shield Israel from political consequences. In the same week that Jason Isaacson, the American Jewish Committee’s chief policy and political affairs officer, published an op-ed titled “We’ll defend annexation if needed—but here’s the thing,” the ADL appears to be formulating its own response. A leaked ADL strategy memo obtained by Jewish Currents sheds light on how the nominal civil rights organization is preparing to address annexation’s critics.

The “stakeholders analysis memo,” which was issued by the ADL’s Government Relations, Advocacy, and Community Engagement department and marked as a draft, warns that the group will need to find a way to defend Israel from criticism without alienating other civil rights organizations, elected officials of color, and Black Lives Matter activists and supporters. The memo suggests that the group hopes to avoid appearing openly hostile to public criticism of annexation while it works to block legislation that harshly censures Israel or leads to material consequences, such as conditioning United States military support. The ADL did not respond to requests for comment on the memo by press time.

The memo lists “eight top political and community engagement implications” annexation could have, among them: “complicate ADL’s relationship with the Tri-Caucus (the Congressional Black Caucus, the Congressional Hispanic Caucus and the Congressional Asian Pacific American Caucus) and the Progressive caucus”; “pit ADL on the wrong side of the black lives matter movement”; “be used to label Israel as an occupier, racist and apartheid state”; and “challenge relationships between ADL and many civil rights organizations and coalitions.”

Of particular concern to the ADL, according to the memo, is that the group will have to find a way to credibly defend Israel from accusations that it has formalized a system of discrimination and subjugation on the basis of ethnonational identity. “The reference to apartheid or ‘separate but equal’ systems to describe Israel will be a major political flashpoint,” the memo states. “As an organization, how ADL responds to these attacks will be critical.” The memo proposes as “next steps” that the ADL’s communications team and executive office “game out how to respond to accusations of Israel being racist and an apartheid system and when to respond in public and when to respond in private.”

The memo suggests that the ADL hopes to avoid the kinds of public controversies that have flared over the last year and a half, such as those involving Reps. Alexandria Ocasio-Cortez, Ilhan Omar, and Rashida Tlaib. ADL CEO Jonathan Greenblatt has repeatedly subjected these Congressional representatives to harsh denunciations due to their willingness to criticize Israeli government policies; this, in turn, has led to accusations that Greenblatt singled out the female leaders of color for criticism. In the event of annexation, the memo cautions, “complications with minority caucuses and electeds will be likely exacerbated if our response to critics of Israel is inconsistent, seen as targeting leaders of color, or deemed disproportionate.” The ADL seems especially concerned that, as the memo states, “annexation could further deteriorate the relationship with the Congressional Black Caucus,” whose chair, Rep. Karen Bass, strongly condemned Israel’s decision to bar entry to Reps. Omar and Tlaib last year.

In a sign of the growing significance of the ongoing nationwide Black-led uprising, the memo repeatedly stresses that similarities between Israel’s techniques of occupation and institutionalized racism in the US will lead to intensified criticism of Israel. “At this moment in our country, when we are collectively going through a moment of racial reckoning, Israel will be painted as akin to an ethno-nationalist country which continues to oppress and subjugate Palestinians,” the memo states. “If violence erupts, the Middle East will be looked at from the prism of the George Floyd domestic movement.”

The memo makes clear that the ADL does not want to be seen publicly as defending annexation, even as it hopes to mollify annexation’s critics. “ADL must provide a space for local and national leaders to express their criticism of Israel’s decision,” the memo advises. “Do not give the impression that ADL is an ally of PM Netanyahu and a supporter of annexation.”

If the memo is any indication, the ADL’s goal, in responding to criticisms of annexation, is to superficially allow rhetorical rebukes while working to neutralize what it calls “anti-Israel legislative proposals, e.g. condemning and singling out its human rights record and conditioning its military aid.” As an example of strategies that the ADL should support, the memo cites a “measured, appropriate, and unifying” letter on annexation circulated by Reps. Jan Schakowsky, Ted Deutsch, and others that includes moderate criticism of Israel, which the ADL hopes will “discourage the far left from signing something more extreme on the annexation issue.” While the memo states the ADL plans to seek out “engagement with progressive groups” such as J Street, Bend the Arc, and the NY Jewish Agenda, it states that it will “coordinate ADL’s policy response” with AIPAC, which has publicly announced that annexation will not alter its approach to “the US-Israel strategic relationship.”

The leaked ADL memo illustrates the position in which some establishment Jewish groups now find themselves. The ADL appears to recognize that annexation would violate Palestinians’ basic human rights, enforcing a codified regime of nationality-based discrimination subjugation—and that, as a group ostensibly concerned with civil rights, this is in tension with its stated values. Yet despite the seeming contradiction, the ADL has long devoted substantial time and energy to chilling criticism of Israeli policies and shielding the Israeli government from consequences. Annexation, it seems, won’t change that.