A Week on Rikers Island

“No human should be in a place like that.” 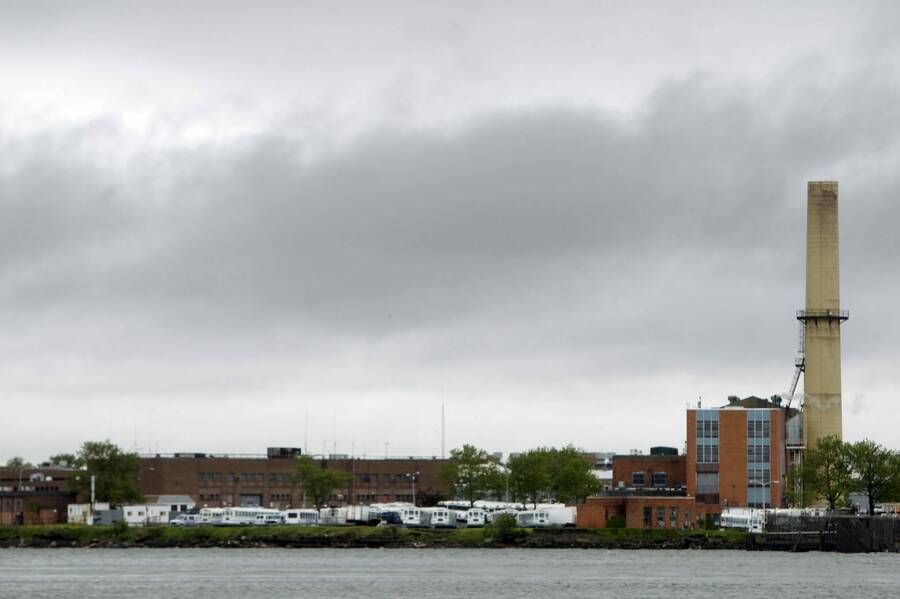 On September 13th, New York State Assemblywoman Emily Gallagher visited Rikers Island—the largest jail complex in New York, which currently holds nearly 6,000 people, the majority of whom are awaiting trial—with a group of elected officials in response to reports that prisoners were being held in dire conditions. In a tweet thread the following day, Gallagher described a nightmarish scene: The facility was filled with garbage, pests, and human waste; toilets were broken, and men were relieving themselves in plastic bags. She heard reports of guards withholding food and water from prisoners and failing to fetch them for their court dates. Some prisoners had not received their medication for months, while others had untreated broken bones.

Conditions at Rikers have long been considered brutal. In 2019, an activist campaign led the New York City Council to approve a now-delayed plan to close the complex by 2026. But in recent months, the crisis on Rikers has intensified, due in part to a major shortage of correctional staff—which officials are attributing to Covid-19 and officers’ liberal use of sick leave—as the jail population has returned to pre-pandemic levels. Eleven people have died on the island this year while incarcerated, and many of their families have reported that they were denied medical care before their deaths. While New York City Mayor Bill de Blasio has announced plans to address the crisis by punishing absentee officers and hiring private security, many critics say he has been unconscionably slow to act. Progressive politicians and activists have argued that the situation can only be addressed through mass decarceration, advocating an end to unaffordable cash bail and pushing the mayor and district attorneys to pursue early release policies, as they did last year at the height of the pandemic.

In early September, one 20-year-old man from the Bronx spent a week at Rikers’s intake facility, which is designed to hold prisoners for only a day or two while they are processed. He described his experience for Jewish Currents. Because his court case is still pending, he asked to remain anonymous.

When I first got to intake, I thought it was going to be like one or two days until I was moved. Then people started saying, “We’ve been here for like three weeks.” There were like 30 people in the cell. One guy shit himself and rolled around. Nobody came to talk to us. The COs [Correctional Officers] weren’t telling us nothing.

I came in level-headed. I basically told everybody right off the bat that we were all stuck in the same situation, so we might as well make the best of it. I thought I was gonna be mistreated by the inmates, but nobody really started nothing. We just bonded the whole time. We were more mistreated by the COs. They didn’t even care when a 61-year-old man started grabbing his chest, saying he had chest pains—they ignored him. There was another man who was 55 and had diabetes, and he was like, “Yo, I’ve been here for days, and they haven’t given me no insulin.” There was a guy who was literally having an asthma attack, and they just watched him as he was, like, squeezing the inhaler, showing them there’s nothing in there.

The other cells were going crazy, they would get into fights and I’d hear stuff about people getting cut up all the time. We heard rumors about how, upstairs, the inmates were running it. It was like two or three COs for every 200 prisoners. You can do the math on that. The only place the COs had control was downstairs, where I was. They kept everybody in the cage all the time. They would spray us with bear repellent, which is like mace, but on steroids. They tried to add more people to my cell, even though there were already 30 people. So we just like stuck the cell up, we tied the door up with shoelaces and stuff like that. In response, they wouldn’t bring us our meals on time.

Remember back in middle school, how they would give you little cereals? That was our breakfast, for grown men. We wouldn’t eat again until like 2:00 pm, whenever they felt like it. Some days they would skip meal rations. Some cells wouldn’t get food all day. They were giving us pink chicken, raw rice—it was just crusty. The best food I had was when I was leaving, literally bread and tuna.

We didn’t shower the entire time we were there. For a week straight, we were all sitting in a cell in our dirt. No toothpaste—they gave us toothpaste on my second to last day.

They want us to be civil and not be animals. How do you expect people not to be animals when you treat them like that? You throw them in a cage and ignore them, and then you come look at them and tell them what to do, what to eat.

They made me miss my court date. They decided not to let me go. I was asking a lot—I was like, “Yo, I gotta go to my court date. Yes or no, just let me know.” Nobody answered. I’m not sure yet whether that will affect my case—I was given a new date in October.

Right before I left, they moved me and 10 others from my cell to another cell where there were already 35 people. There was garbage, everything was nasty. The prisoners in that cell already had their system set. They were more aggressive. I turned my back and two seconds later somebody’s, like, getting beat up because someone wants their shirt.

We started flooding the cell to get attention. I don’t know how they did it, to be honest—I turned my back and it was flooded. Then they came in looking for me because my bail was posted. I had been there, in intake, for a week.

When I was leaving, an inmate wanted the pants that I had. I’m obviously not going to wear them again because that’s bad luck, so I gave him my pants and he gave me his. And on my way out, another inmate I’d never spoke to was like, “You gonna use those pants?” And I was like, “Nah, man, here.” I gave another one my socks.

I’m trying to help people out. That’s why I’m speaking about this publicly. With the condition that Rikers is in, they should just close that place down. No human should be in a place like that. Sometimes caring about stuff like this is just a fad for a few minutes. Make sure you actually do something about this.

This article has been updated to remove identifying details.