Provisions #4: “here in a foreign place, my thoughts of you sharpen”

Meditations in a crisis on poems by Wang Wei, Enheduanna, and Ross Gay. 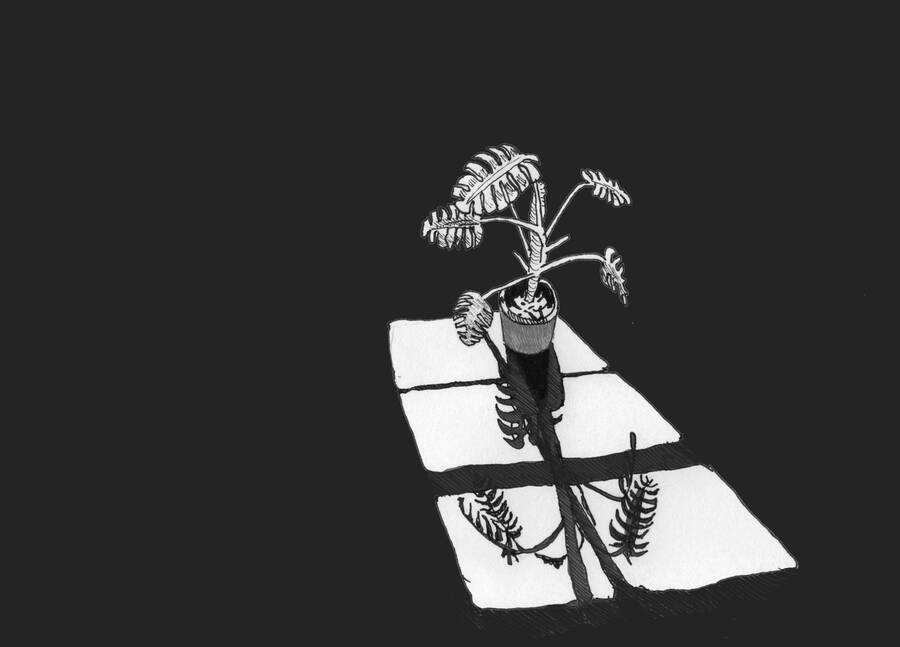 This article appears in our Winter Gift 2020 issue.

In “Provisions,” three poetry readers reflect on a poem they’ve been holding close during this difficult time.

RECENTLY, I’VE SOUGHT COMFORT in things that have been with me for a long time. I wear old clothing. I cook recipes from my childhood. And I keep circling back to the same long-loved poems.

Of all the poems I love, “9/9, Thinking of My Brothers East of the Mountains,” by the legendary Tang Dynasty poet Wang Wei, has been with me the longest, since before I was even born. It first found both of my parents in a grade-school classroom in Shandong, China—the “east of the mountain” referenced in the title—where, for a time, they were young classmates (I’m obsessed with this fact of their love story), and where they memorized the poem. Back then, it hadn’t yet been translated into English with such great care and attention by David Hinton, whose version is the most crystalline and beautiful one I’ve come across:

9/9, Thinking of My Brothers East of the Mountains

Each year on this auspicious day, alone and foreign
here in a foreign place, my thoughts of you sharpen:

far away, I can almost see you reaching the summit,
dogwood berries woven into sashes, short one person.

After we moved to the United States, perhaps feeling lonelier and more foreign than ever, heartsick for the Shandong of their and my birth, my parents would, on occasion, recite the poem to me in the original Chinese. Much later in life, I would come across it—independently for the first time—on the day of my 30th anniversary in this country. The poem has perhaps always been auspicious for me.

Away from home during Chongyang Festival (the ninth day of the ninth lunar month in the title), the poem’s speaker reflects on another missed opportunity for gathering with loved ones by elegizing time itself. “Each year,” they are alone and foreign. The recurrence of this sorrow is an unwanted anniversary.

But in its potency, the traveler’s loneliness is also the source of the irrepressible vision in the poem’s second half. The space taken up by the speaker’s absence—both in the grammar of the line and the imagined scene on the summit—always makes me cry. This poem is my favorite example of remembrance as astral projection, as teleportation, overcoming distance. The speaker’s naming of their own absence transports them there into the image for us, the readers. It’s a bittersweet kind of reunion that poetry grants, one that is beholden to, as the poem says, an “almost.” Even the fantasy must reckon with the “almost,” the asymptote of longing.

For most of my life I’ve felt shades of “alone and foreign / here in a foreign place,” and current conditions have complicated the emotional implications of both “alone” and “foreign.” Perhaps I have never felt less foreign to myself. Though, to others, at this moment: never more. I have been the homesick traveler of Wang Wei’s poem as much as I have been the one holding space, unfailingly, for her return to the world.

THE POEM I HAVE BEEN REVISITING over and over during these unprecedented days is one by the Sumerian priestess Enheduanna, the earliest author whose name is known; it dates from the 23rd century BCE. That I am even able to directly engage work written four and a half millennia before my birth is an occasion for profound wonder and humility. This poem, a hymn to the goddess Inanna, who presides over both love and war, is a praise song to unknowing. To sitting in mystery without trying to resolve it: “Lady of all the great rites, / Who can understand all that is yours?” (I’m pulling from Jane Hirshfield’s brilliant translation, which isn’t freely available online.) Today murderous certainty accosts us from every angle, and the performance of certainty in an acutely chaotic world creates acute suffering. A border is a performance of certainty about the sanctity of nations. Prisons, sanctions, wars—all performances of certainty in Neolithic ideals of retributive justice. The cost of such certainties is immense: children in cages, for-profit carceral institutions, famine, endless war—billions of lives diminished or demolished. The cost of such certainty is our collective soul.

Enheduanna writes from exile, having been “cast out to the place of lepers,” that her “beautiful mouth knows only confusion.” She says, “Even my sex is dust.” In her words, I find that all of my doubt and baffle has a precedent. These days I feel so immobilizingly alone, terrified of everyone and everyone’s legion immutable certitudes. I can’t articulate how lucky it feels to read Enheduanna and find myself finally among. When I read her words, I can feel my lungs filling more fully. To be connected to this poet across 45 centuries, accompanied by her wonder, together in knowing nothing . . . it is a mercy, it is an actual miracle.

AND I HAVE BEEN WONDERING about tenderness and touch and forms of caress and care during a time of physical isolation and social distancing. The physical distancing does, truly, feel social. The proliferation of screens is becoming too much, for me at least, to bear. Thinking about tenderness is felt in my flesh, makes me aware of and attentive to my breathing. Turns out, the thing Eric Garner was cultivating, at least according to Ross Gay’s imagination, is also the thing he most needed and was pleading to have: breath. To breathe. “[P]erhaps,” Gay says, “ . . . with his very large hands, perhaps, in all likelihood, / he put gently into the earth / some plants.” The gentleness of the poem—its perhapses, its tentative nature, its hesitance—is itself a kind of breath and breathing, a series of pauses and pleas to tend to tenderness, to tend to tending, to be gentle likewise. I feel the need for tenderness, its cultivation and care, sharply in this moment of distance.

And this is why I have returned to this poem over and over again, the tenderness of planting flowers, the gentleness of reflection, the stillness that vibrates out for us to sense its possibility.

How do we hold on to tenderness in times of emotional turmoil and distress? A kind of softness and openness in moments of intensity?

Plant things. It points to the otherwise than this, the plan, the to-come, the and.

Over the last year or so, I have been beginning my writings with the word and because it announces relation—connecting something that came before with that which will have come after the word, after the concept. And as a kind of soil in which things could be cultivated and cared for and tended to with tenderness and delight and pleasure, from which emerges life. I am looking for the tender, touching, caressive relation, the form of living and breathing that our collective and individual existence can take to sustain itself during a pandemic, during a biological fact that is being refracted through our racial hierarchies and other socially constructed categories of difference. I am looking for the and, the alternative to this normativity, for the otherwise possibility for life to emerge. This, too, is Eric Garner’s plea for us and again, to breathe.

To tend to and be tender with annuals and perennials and biennials and shrubs and bushes and seedlings and weeds and trees and trees and trees is not only about building the capacity to breathe; it is also about sensual range that the flesh feels and imagines, and being tender thus becomes the occasion for a community to come to gather, to gather around sight and touch and taste and smell and the sound of the rustling of the beautifully planted, gently placed lives.

Eric Garner lived and was murdered during the ongoing crisis of our terrible moment, this long moment of racialized violence and its history, which began in 1492 (if not before). To plant flowers during crisis. To plant flowers in a world that considers black flesh dispensable, discardable, is to still have a plan and a hope and an idea for a world to come in which such flowers flourish and bloom and unfold to be smelled and touched and savored and seen and heard, in which such flowers are tended to, in which we tend to and touch and caress one another with care.

I have been meditating on this poem because I have begun a container garden. In this time of crisis. I want to grow things, to see things flower and unfurl daily, to see buds break from soil and begin to breathe. I want to be open to emerging from this with delight and softness.

Softness. It is the word I have been thinking about and through, a kind of tending in the direction of the social. Softness. A kind of ephemerality. Softness. A blackqueerness that is joy. And perhaps then, too, this softness, being tended to and being tender with it, with me, with us, will be a fact that makes it easier for us all to breathe.

Provisions
Provisions #2: “The world begins at a kitchen table.”
Meditations in a crisis on poems by Donika Kelly, Joy Harjo, and Nâzim Hikmet.
Cameron Awkward-Rich, Ariana Katz, and Claire Schwartz

Provisions
Provisions #3: “Pain was everywhere. Sprang out of everything”
Meditations in a crisis on poems by Else Lasker-Schüler, beyza ozer, and Gregg Bordowitz.
Wayne Koestenbaum, Hanif Abdurraqib, and Lara Mimosa Montes

Provisions
Provisions #4: “here in a foreign place, my thoughts of you sharpen”
Meditations in a crisis on poems by Wang Wei, Enheduanna, and Ross Gay.
Wendy Xu, Kaveh Akbar, and Ashon T. Crawley 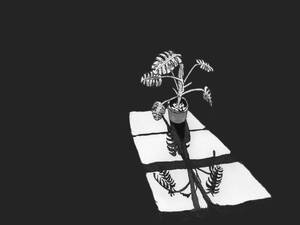 Provisions
Provisions #6: “In the exhalations of Americans there is a crumbling empire”
Meditations in a crisis on poems by Lucille Clifton, Mark Doty, and Etel Adnan.
Kazim Ali, Joshua Gutterman Tranen, and Zaina Alsous

Provisions
Provisions #7: “repair a world or build / a new one inside my body”
Meditations in a crisis on poems by Solmaz Sharif, Pablo Neruda, and Cameron Awkward-Rich.
Kamran Javadizadeh, Robin Beth Schaer, and Laurel Chen

Provisions
Provisions #8: “If I could just leave the old things to their trembling”
Meditations in a crisis on poems by Canisia Lubrin, Wisława Szymborska, and Kenyan Freedom Fighters.
Christina Sharpe, Angel Nafis, and Ken Chen

Wendy Xu’s most recent book is Phrasis (2017), named one of the 10 Best Poetry Books of 2017 by The New York Times Book Review. She lives in Brooklyn.

Kaveh Akbar is the author of Pilgrim Bell (Graywolf, 2021) and editor of The Penguin Book of Spiritual Verse (Penguin Classics, 2020).

Ashon T. Crawley is Associate Professor of Religious Studies and African American Studies at the University of Virginia and author of Blackpentecostal Breath: The Aesthetics of Possibility (Fordham University Press) and The Lonely Letters (Duke University Press).

Provisions
Provisions #8: “If I could just leave the old things to their trembling”
Meditations in a crisis on poems by Canisia Lubrin, Wisława Szymborska, and Kenyan Freedom Fighters.
Christina Sharpe, Angel Nafis, and Ken Chen
Provisions
Provisions #7: “repair a world or build / a new one inside my body”
Meditations in a crisis on poems by Solmaz Sharif, Pablo Neruda, and Cameron Awkward-Rich.
Kamran Javadizadeh, Robin Beth Schaer, and Laurel Chen