Over 300 students and alumni of Kirstjen Nielsen’s high school alma mater have signed an open letter condemning the DHS chief. 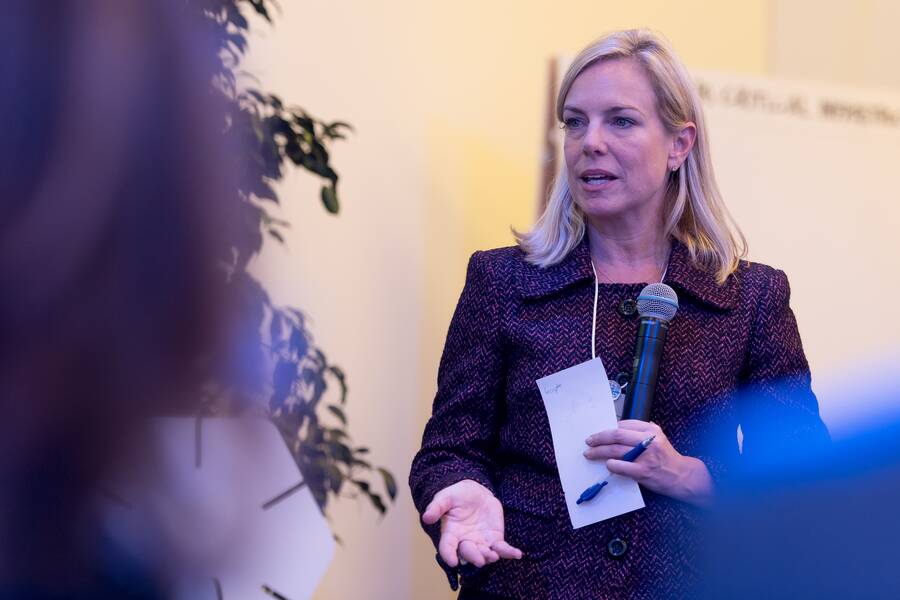 Kirstjen Nielsen was having dinner last night at a Mexican restaurant in Washington, DC, when a group of Democratic Socialists of America arrived to spoil her night. A now-viral video shows the demonstrators chanting “Shame” and “Abolish ICE,” ultimately forcing Nielsen to leave the restaurant.

But Nielsen’s troubles with protesters—spurred by the Trump administration’s policy of separating families at the US-Mexico border—aren’t confined to DC. The Secretary of Homeland Security is also facing a rebellion closer to home.

More than 600 current students and alumni of Berkeley Preparatory School in Tampa, Florida—Nielsen’s alma mater—have signed an open letter condemning the separation of families at the US-Mexico border.

In addition to making clear their personal opposition to the separation of families, Berkeley Prep students and alumni started a fundraiser for the Texas-based Refugee and Immigrant Center for Education and Legal Services (RAICES) that has already raised more than $7,000. The Berkeley Prep protesters also  called on Headmaster Joseph Seivold to issue a condemnation on behalf of the school, and to donate school resources to the fundraiser. Seivold’s office did not respond to a request for comment.

The basis for the protests against Nielsen is straightforward. Between May 5th and June 9th, according to new statistics, 2,342 children were separated from 2,206 parents at the US-Mexico border, a rate of roughly 65 children a day. The Department of Homeland Security, which oversees Immigrations and Customs Enforcement (ICE) and Customs and Border Protection (CBP), separates these families, and then places children in facilities administered by the Department of Health and Human Services (including the recently erected “tent city” for children near the Mexican border).

The New Yorker reported Monday that there is no clear or formal policy for reuniting families after deportation proceedings have finished and the New York Times cited cases where mothers were involuntarily deported without their children. At least one parent, a 39-year-old Honduran man, has killed himself after being separated from his wife and son.

On Monday, ProPublica released a seven-minute audio clip of children wailing in one of many detention centers where children are being held while their parents are being prosecuted for crossing the border illegally while seeking asylum. The clip has helped to galvanize opposition to the separation of families: rallies are planned throughout the country in the coming weeks, and every Democratic Senator has signed on to a bill that would stop the policy.

Emily Dolgin, who graduated from Berkeley Prep in 2015 and helped organize the alumni letter, told Jewish Currents that the school’s motto has always been “Berkeley puts people in the world who make a positive difference.”

Dolgin says this issue goes “way beyond politics. This is about human rights and about children being used literally as pawns to get a certain agenda passed. That’s heinous and not consistent with anyone’s values regardless of party affiliation.”

“We just want Secretary Nielsen to know that her hometown and her alma mater are watching.”

The open letter makes clear the school community’s views on the relevance of a condemnation from Berkeley Prep. It says, “We recognize that it would be easy to dismiss our request as absurd or out of your purview—it would be, in many ways, disadvantageous to Berkeley to chime in. But morality transcends respectability, and today children are removed from the protection of their parents to instead be kept in cages, some even driven to suicide by a graduate of our institution.”

Marc Daalder is a student at Amherst and a journalist who has written on Jewish issues for the Jewish Daily Forward, where he’s a Scribe contributor, New Voices magazine, and In These Times, among others.