The field’s largest scholarly association says it has “paused” its advertising relationship with the online magazine after receiving complaints from members. 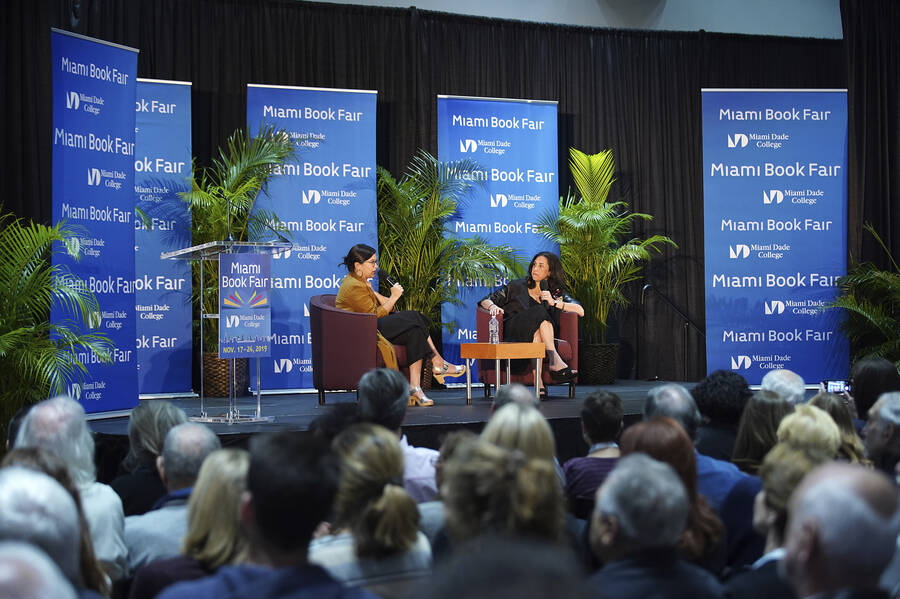 On September 19th, the Association for Jewish Studies (AJS), the largest membership organization for scholars in the field, emailed its listserv an advertisement for Gatecrashers, a podcast about the history of Jews at Ivy League universities produced by the online Jewish magazine Tablet. The ad included a quote by former AJS president Pamela Nadell praising the podcast as “an exciting new resource for courses on antisemitism and American Jewish history.” (The email also included a fine-print disclaimer that AJS accepts “limited advertising in its publications” but does not “endorse the views, organizations, or products herein.”) When Sasha Senderovich, a professor of Slavic and Jewish studies at the University of Washington and a longtime critic of Tablet, saw the email in his inbox, his first response was to tweet at the association: “plz don’t take [Tablet’s] money. It is in its party line . . . a fascist publication.” Next, he sent an email detailing his complaints about Tablet’s coverage to a fellow AJS member, who forwarded it to the association’s leadership on his behalf. According to AJS Executive Director Warren Hoffman, the association also received complaints about the ad from other members.

The critiques that Senderovich and others articulated center on several articles that Tablet has published in the past five years, including a June piece attacking gender-affirming care for trans people and a piece from last year imploring synagogues not to require Covid-19 vaccines. Several of the magazine’s regular contributors are outspoken Trump supporters whose pieces have, for example, attacked the FBI’s Mar-a-Lago raid and celebrated the former president’s ultranationalist speeches, and much of the magazine’s content is focused on decrying liberal “wokeness.”

On September 29th, AJS announced that it had “paused” its advertising relationship with Tablet in response to members’ complaints about the sponsored email. (Tablet has previously participated in publishing exhibitions at AJS conferences, but none of the AJS members interviewed for this article could remember seeing email ads before the one this month.) In a statement emailed to Jewish Currents that day and subsequently posted on its website, AJS said it plans to “revisit its policies about advertising and sponsored content,” a process that will include “[talking] to its members, some of whom feel direct harm from some of the views promulgated in Tablet.” (Tablet Editor-in-Chief Alana Newhouse did not respond to multiple requests for comment.)

Some AJS members interpreted the incident as a sign of shifting political norms within the association and throughout academia. Rafael Rachel Neis, a professor of rabbinic history at the University of Michigan, suggested that where AJS had previously understood valuing diversity to mean that no view should be censored, no matter how incendiary, the decision to pause financial dealings with Tablet suggests a growing embrace of “a more liberal understanding,” which instead prioritizes the inclusion of people of all identities. Others noted that AJS is simply keeping pace with evolving opinions of Tablet, and of its approach to presenting even anti-democratic and hyper-nationalist views as simply one side of an argument. “I don’t think this somehow reveals a turn to the left in Jewish studies,” said Sam Shuman, a Jewish studies scholar who is a visiting professor at Davidson College. “Rather, it shows that the critique of Tablet, which was once viewed as coming from the left, is now mainstream even among liberals, who comprise more of AJS’s base.”

Tablet launched in 2009 with the support of philanthropist Mem Bernstein, whose late husband, Zalman Bernstein, founded the Tikvah Fund, a nonprofit organization dedicated to disseminating conservative thought. (Tikvah describes itself on its website as “politically Zionist, economically free-market oriented,” and “culturally traditional.”) The magazine’s funding caused some early controversy: In 2011, Syracuse Jewish studies professor Zachary Braiterman mentioned Tablet’s connection to Tikvah in his widely read critique of the fund, which accused the nonprofit of camouflaging its ideological project beneath rhetoric about promoting intellectual debate. From the magazine’s earliest years, many Tablet articles, including those by current Editor-at-Large Liel Leibovitz—who identified as left-leaning when he started as the magazine’s video producer in 2009 but has since embraced Donald Trump—and contributing writer Lee Smith, a well-known neoconservative, took a right-wing Zionist stance. Still, the magazine’s editors insisted that they maintained complete editorial independence from their funders, and that Tablet sought to represent all political viewpoints. Shaul Magid, a professor of Jewish studies at Dartmouth College who was a contributing editor at Tablet from 2016 until last year, says that none of his work was ever censored, even when we wrote pieces that defended anti-Zionism or criticized Zionism as a form of ethnonationalism. Meanwhile, the magazine gained a reputation for publishing high-quality arts and culture content; in addition to pieces by dozens of respected Jewish studies scholars, it published contributions from literary heavyweights like Michael Chabon, Etgar Keret, Ayelet Waldman, and Umberto Eco.

As the Trump era dawned, however, the magazine’s political leanings became harder to ignore. Senderovich had published seven articles on Soviet Jewish literature and culture in Tablet between 2011 and 2015, but in 2017 he was dismayed to see a series of pieces in which Leibovitz defended Sebastian Gorka, a Trump adviser accused of having ties to Nazi groups in Hungary. Senderovich took to Facebook to call on fellow academic Tablet contributors to organize to protest the magazine’s “racism and Nazi apologia.” (In response, Newhouse accused Senderovich of practicing a form of Stalinism.)

From that point forward, Senderovich began to publicly argue that writing for Tablet provided cover for what he saw as its objectionable content. “Its dominant party line was so clearly becoming Trumpist, and it had already been Islamophobic,” he told Jewish Currents.“We were helping the enterprise. By writing a long article about contemporary Soviet-born Jewish writers that was going into the inboxes of people who take Jewish culture seriously, I was giving Liel [Leibovitz]’s pieces more credibility, too.” Magid disagreed: Though his own politics were at odds with much of Tablet’s output, he decided it was better to stay involved. “I felt that my voice in the magazine was an important one to create some kind of balance,” he said.

In the ensuing years, Tablet began to publish more right-wing pieces that pushed boundaries and prompted reader backlash. In June 2020, Newhouse’s husband, literary editor David Samuels, printed a 10,000-word interview with the antisemitic white nationalist scholar Kevin MacDonald, arguing in a lengthy introduction that exposing and understanding his views would be more effective than censoring them. In a June 2021 piece, former Soviet dissident and Israeli politician Natan Sharansky and Canadian historian Gil Troy dubbed Jewish anti-Zionists “un-Jews,” accusing them of nefariously attempting to destroy Jewish identity from within. As the magazine has become increasingly associated with such views, fewer leftist and liberal writers have seen it as an appropriate forum for their work: Last year, after a long period of voicing his criticisms of Tablet content in direct conversations with Newhouse and other editors, he said, Magid left the masthead. “I ultimately felt it was moving in a direction that I just didn’t feel comfortable associating with,” he said.

For some AJS members, Tablet made a particularly unforgivable decision this past June when, amid legislative attacks on the rights of trans children across the country, the magazine published an article by the writer Jennifer Bilek—a frequent crusader against trans rights—that framed philanthropic support for gender-affirming care from the billionaire family of Illinois Governor J.B. Pritzker as a vast medical, legal, and educational conspiracy to “solidify the idea that humans are not a sexually dimorphic species.” “This is not just a view that’s going to upset a few woke people,” said Neis. Pieces like Bilek’s “are part of a broader campaign of stoking fear and violence toward trans people, with legislative effects that have embodied harm. AJS can’t be neutral about this.”

AJS’s decision to distance itself from Tablet comes at a time when the association’s political identity is up for debate. Last year, the scholar Noam Pianko resigned as AJS president after admitting to having attended invitation-only events with Steven M. Cohen—a renowned sociologist of American Jewish life who has been accused of serial sexual harrassment—that were perceived as efforts to rehabilitate Cohen’s reputation. In a widely read Religion Dispatches piece, Neis and scholar Gilah Kletenik argued that the hesitation to sanction Cohen was symptomatic of Jewish studies’ broader preoccupation with “the neoliberal prioritization of relevance, marketability, and trendiness.”

Some AJS members see the suspension of ads from Tablet as a sign that the association is hearing such criticisms. Magid said he was “shocked” that the association had decided to reconsider its relationship with Tablet, since “AJS is so committed to a middle ground position, and to not taking stands on these kinds of issues.” He saw it as a signal that “AJS is experiencing a generational transition, and there’s a desire for it to take a more activist stand.” (Executive Director Hoffman said that in the past, AJS has “exercised its right to turn down advertising from various outlets that did not seem in line with either the AJS’s mission or [its] core values”; the statement suggests that the organization plans to develop clearer guidelines about which organizations’ advertising to accept.) Neis argued that there was room for the AJS statement to take a stronger stand on Tablet: “I don’t have a problem saying that I think my professional organization shouldn’t align themselves with an outlet that platforms far-right ideology,” they said. “It’s okay for a professional organization to say, ‘We are against transphobia.’ It’s okay to be political in that regard.”

A previous version of this piece misquoted Sasha Senderovich as referring to a piece on "contemporary Soviet Jewish literature"; in fact, he had written a piece on "contemporary Soviet-born Jewish writers." The piece has also been updated to reflect that Senderovich is a professor of Slavic and Jewish studies, not Soviet Jewish literature, and to clarify Sam Shuman's title. A previous version also misidentified the author of the Tablet piece on trans medical care; she is Jennifer Bilek.