A Judicial Reprieve for Palestinians in Sheikh Jarrah

Israel’s Supreme Court has ruled that four families slated for eviction can remain in their homes—for now. 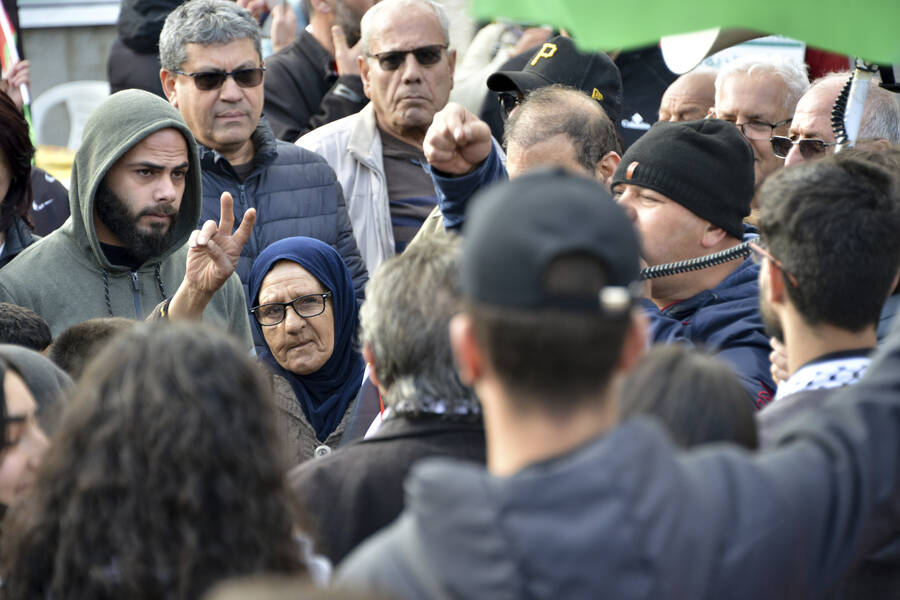 LAST TUESDAY, March 1st, a three-judge panel of Israeli Supreme Court justices issued a surprise ruling allowing four Palestinian families slated for eviction from their homes in the East Jerusalem neighborhood of Sheikh Jarrah to stay—for now. The lawyer for the families, Sami Irsheid, said that the ruling made him “happy and proud.” This ruling may set a precedent for some 30-odd families who face similar legal circumstances.

The conflict between Jewish settlers and Palestinian residents in East Jerusalem rests on a Jerusalem-specific law dating to 1970. The law allows Jewish Israelis to reclaim property that was Jewish-owned prior to 1948; it offers no equivalent right to Palestinians.

Many of the Palestinians who live in Sheikh Jarrah today descend from refugees who fled in 1948 and were given homes by the Jordanian government in the 1950s, before Israel annexed East Jerusalem in 1967. In exchange for these homes, the families surrendered their refugee status. Last week’s ruling marks the first time an Israeli court has taken this kind of Jordanian commitment into consideration.

According to Israeli legal expert Talia Sasson, the ruling reflects a new approach by at least two of the three justices on the panel. Sasson told Jewish Currents that evicting these Palestinian families “would have been ‘easy’ from a purely legal point of view.” Instead, Justice Daphne Barak-Erez, who wrote the unusual ruling, “broke out of this narrow frame.”

When the court last held a hearing on these four cases back in May 2021, “it really looked hopeless,” said Aviv Tatarsky of Ir Amim, an NGO that works closely with Palestinians in East Jerusalem. The families had lost their cases in Jerusalem’s magistrate and district courts, and most thought the Supreme Court would be no different. Tatarsky said that, at the time, “the best thing anyone could have anticipated was that the [weekly] protests would draw attention from the international community or the Biden administration.”

But then Sheikh Jarrah became a spark in a national conflict. The Palestinian protests against the planned evictions became the backdrop for rising tensions in the neighborhood, and were exacerbated by various factors: an increased police presence, checkpoints at the Old City’s Damascus Gate during the holy month of Ramadan, the annual ultra-nationalist “flag march” through the the Old City of Jerusalem, and an Israeli police raid on the Al Aqsa compound. But it was the Sheikh Jarrah protests that became “the big excuse for war,” said area resident Saleh Diab. Claiming solidarity with the Sheikh Jarrah residents, Hamas lobbed rockets from Gaza into Israel, with some reaching the Jerusalem area. Israel responded by launching an offensive on Gaza that lasted 11 days and killed 232 Palestinians, including 54 children.

The Supreme Court, believing it was too risky to rule on the issue as things escalated, pushed the hearing on the Sheikh Jarrah evictions from May 10th to August 2nd. By then, many believed that the court was poised to finally rule on the question of ownership. But the court, in fact, declined to rule. Instead, the justices offered the parties a compromise: Both parties would recognize the settlers’ ownership over the homes, the Palestinians would pay a nominal sum in rent, and they would become “protected tenants” for three generations. In presenting a settlement instead of a ruling—deciding not to decide, as courts often had before in less visible cases involving Palestinian land rights inside Israel–the court was trying to avoid international outrage and national violence. But the Palestinians rejected the proposal—they would not, they said, recognize the settlers’ claim to ownership and pay them rent—so the legal saga continued.

This newest ruling is different and, in many ways, far more amenable to the Palestinian residents than the compromise offered last August, for two main reasons: First, the Palestinian families will not be paying rent (the agreed-upon sum is approximately 2,400 shekels or $750 annually) to settlers; instead, they will pay into a trust. Whoever is eventually determined to be the property owner will receive the money from the trust. Second, formally, this is not a compromise—it is a court decision. This means that on the level of principle, Palestinian families are not being asked to agree to give up claims and rights in exchange for protection. According to Tatarsky, this decision signifies the power of Palestinian-led protests, which brought sufficient attention and then public pressure to compel the justices to get off the fence. “The families actually forced the court to make a decision—one that allows them to stay in their homes,” Tatarsky said, a fact which “shows that battles can be won. The anti-occupation movement can get a lot of inspiration from this.”

Saleh Diab was born, got married, and raised five children in Sheikh Jarrah. In 1948, he told Jewish Currents, his mother fled to her sister’s home in East Jerusalem—then under Jordanian control—to escape the war. She received land from the Jordanian government, like the four families who are staying in their homes after the recent ruling. The United Nations Relief and Work Agency (UNRWA) built her a home on that property, and then, Diab says, “we handed over our refugee cards.”

Diab has been involved in organizing and participating in protests in Sheikh Jarrah since 2008, when settlers first began moving in. Since then, he said, he has been arrested more than 20 times. When asked about the significance of last week’s ruling, he said “There is no justice in the Israeli courts. They got up in a tree and didn’t know how to get down.” Yes, he said, there will be no eviction in this case, but there are so many other instances of eviction, demolition, and violence that are still happening “and the ones who suffer are the simple people.” Indeed, last year alone, more than 100 homes were demolished in East Jerusalem. There are over 150 families threatened with eviction in East Jerusalem, including 40 in Sheikh Jarrah alone, Tatarsky told Currents. Those families’ legal situation is different from Diab’s—and their cases remain unknown and uncertain.

And while it is true that the court’s ruling prevented immediate eviction, it did not answer the key question of ownership. This, the court decided, should be answered by the government. They turned it over to the Israeli Ministry of Justice to undertake what is called a “real estate settlement” (hesder mekarkain)—a formal procedure that is fully at the Ministry’s discretion.

It is a process that can take anywhere from months to decades, and involves digging deep into the evidence of ownership brought by both sides. No one thinks it is going to happen right now; “things are too fresh, everyone is licking their wounds,” Tatarsky said. “But will it happen in a year, three years, four years, ten years? You can’t guess.”