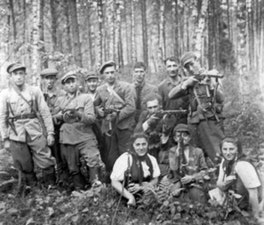 On this date in 1959, Pope John XXIII announced that he would be convening an Ecumenical Council — the first in almost a century — within the Catholic Church. The announcement of this “Second Vatican Council,” or Vatican II, shocked and disturbed the Church leadership as it implied that the Church was imperfect, thus contradicting the doctrine of Papal infallibility determined by the First Vatican Council in 1870. Vatican II would require three years of preparation and ran from 1962 to 1965. It led to much modernization and liberalization of Catholicism, including the publication of Nostre Aetate (“In Our Time”), a document that absolved Jews of guilt for deicide, condemned all displays of antisemitism, and repudiated the teaching that Jews are rejected or accursed by God. Approved by the assembled bishops in a 2,221-88 vote, Nostre Aetate would be promulgated on October 28, 1965 by Pope Paul VI, who had succeeded Pope John XXIII following the latter’s death in 1963. This opened the door to the first era of non-coercive Catholic-Jewish dialogue in history.

What We Did: How the Jewish Communist Left Failed the Palestinian Cause

How Not to Fight Antisemitism

You are now leaving Jewish Currents.

This article is part of our archives. You are being redirected to archives.jewishcurrents.org