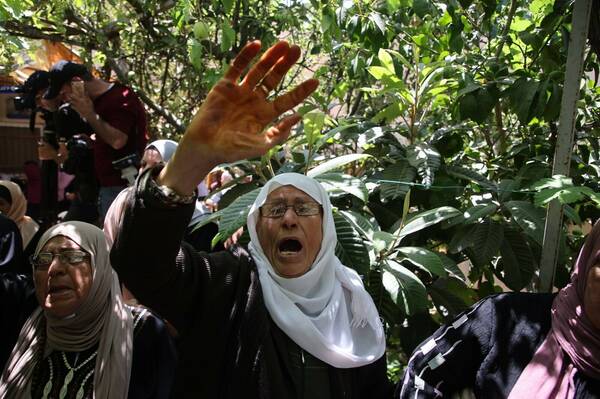 On June 23rd, Palestinians mourned the killing of Ali Hassan Harb, 27, who was stabbed in the chest by an Israeli settler. Just before the killing, a band of settlers crossed into Harb's hometown of Iskaka to build an illegal outpost. Harb was attacked trying to stop the settlers. The Israeli police have arrested a suspect. Three of his relatives said Israeli police and soldiers witnessed the attack. Those relatives were detained and interrogated by the internal intelligence agency Shin Bet. Once released, they said they had been detained for speaking out.