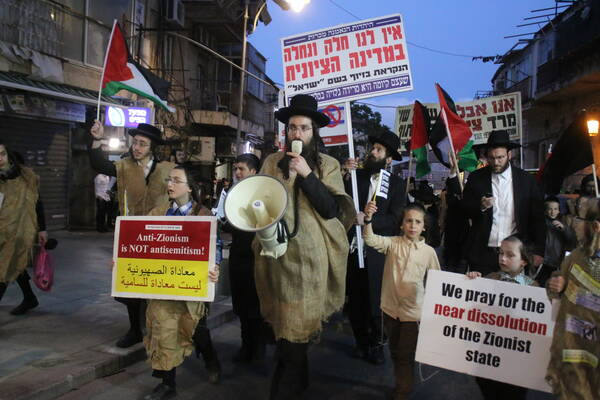 During celebrations of Israel's independence day, on May 5th, anti-Zionist Haredi (ultra-Orthodox) Jews march in Jerusalem to mourn the 74th anniversary of the creation of the state. Protesters, who call themselves "Palestinian Jews," carried Palestinian flags and burned Israeli flags at the center of the Mea Shearim neighborhood. Israeli security forces cracked down on the protest, and raided the neighborhood to remove the Palestinian flags hung on buildings.