Letters / On “The Politically Expedient Jewishness of Éric Zemmour”

In Mitchell Abidor and Miguel Lago’s recent article, “The Politically Expedient Jewishness of Éric Zemmour,” the authors neglect an issue that is central to the subject at hand: Zemmour’s specifically Algerian Jewish ancestry, which is mentioned only in passing. This is far from a mere biographical detail. Rather, understanding Zemmour’s particular background makes him much more legible as a far-right political phenomenon.

French colonization of Algeria began in 1830. By 1870, French administrators’ desire to cultivate a loyal native constituency, coupled with persistent philanthropic lobbying by the assimilated French Jewish elite, culminated in the Crémieux Decree, an act that officially removed Algerian Jews from “Indigenous” status and made them bona fide French citizens. This shift aroused hostility from both the European settler population and the Algerian Muslim majority. Algerian Jews had their French citizenship rescinded by the Vichy government in 1940, regained French status in 1943, and in 1962, at the end of a bitterly violent anticolonial struggle, found themselves foreign nationals in a newly independent Algeria. The legal privileges and upward mobility offered by French citizenship fostered a strong attachment to the Republic, which the trials of the Vichy years and the turbulent final decade of French Algeria only strengthened.

The peculiar legal status of Algerian Jews deeply informed the community’s growing detachment, both chosen and compelled, from the fabric of Algerian society. It is no surprise, then, that unlike the Jewish communities of French protectorates Morocco and Tunisia, the overwhelming majority of Algerian Jews chose to “repatriate” to France after Algerian independence rather than migrate to Israel. There, the community found itself in a privileged position vis-à-vis France’s growing population of Algerian Muslim migrants purely by dint of citizenship status—though both Muslims and Jews originally inhabited the same public housing blocks that cover the French suburbs, where Zemmour was born and raised. Much in the political heritage of the French far right that Zemmour embodies—reflexive anti-Arab bigotry, a profound French cultural chauvinism, and an overtone of petty bourgeois resentment—has deep roots in the tortured history of French Algeria.

Therefore, when Abidor and Lago note simply that Zemmour is “unusual” among far-right figures because of his Algerian Jewish identity, they miss the crux of the issue. The Zemmour phenomenon is in fact located at the intersection of both the proverbial “Jewish Question” and the matter of Algeria—two issues central to the history of France in all its contradictions. Indeed, he is perhaps most significant as a flesh-and-blood incarnation of the tensions at the heart of the Republic. 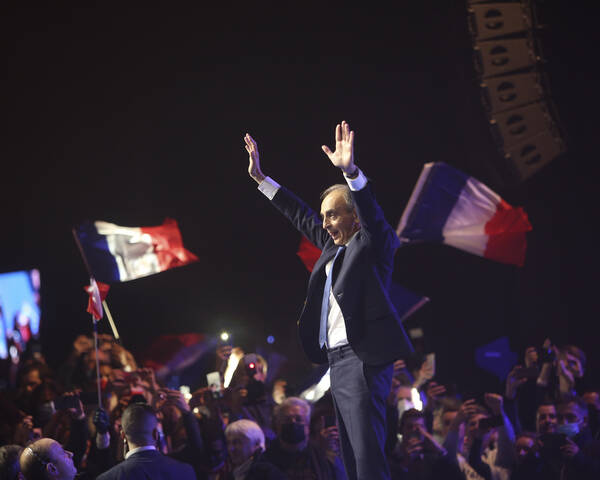