Letters / On “Reclaiming the Covenant of Fate”

I relate to Peter Beinart’s grief at the fractures now cracking the surface of Jewish communal life. But in painting the picture of a bridge that needs crossing from two sides, he provides a deeply unsatisfying solution to the critical issues at the heart of this divide.

While I appreciate Beinart’s insistence that Jewish institutions “grant a platform” to the large and growing number of Jews who refuse political Zionism, he fails to acknowledge the enormous power disparity in which one side in the conversation is backed by the US and Israeli governments. It’s harmful to claim that we merely need those institutions to let us talk, when in fact we need those organizations, their millions of dollars, and their leaders to stop cyberbullying and doxing our young people, getting us fired from jobs, cancelling our events, banning us from accessing communal funding, excising us from Jewish newspapers, expelling us from communal spaces, and threatening our funders. And though we usually only discuss this among ourselves because of safety concerns, we also need self-identified Zionists to stop expelling us from synagogues, sending death threats to our homes, and physically attacking us.

In the face of a Jewish institutional world that has adopted political Zionism as the price of entry, many anti-Zionist Jews continue to invest in Jewish life. I can think of no better example of klal yisrael, or Jewish peoplehood, than the determination of those of us who continue to engage and challenge the very people and institutions that relentlessly cast us out. This is equally true of those of us building alternative spaces that unapologetically put justice and freedom for all people at the center, creating a new “Covenant of Destiny.” Rather than explore anti-Zionist Jewish concepts of belonging and connection, Beinart measures devotion to Jewish peoplehood in ways that conflate support for Jews and support for Israel, and thus concludes that we aren’t sufficiently invested in Jewish community. His evidence includes the fact that BDS-supporting Jews are less likely to donate to Jewish charities—the same charities that direct nearly 40% of their donations to Israel-focused groups, including funneling billions of dollars to rightwing Zionist settlers to aid in the forced displacement of Palestinians. Anti-Zionist Jews will fail any litmus test that says the way to demonstrate care for fellow Jews or Judaism is through complicity with apartheid and ethnic cleansing.

Just as Beinart misreads the evidence on the way Jews on the left understand peoplehood, he misses the mark when he accuses us of ignoring violence against our Orthodox counterparts. Beinart creates a caricature of radical activists, chiding a hypothetical JVPer who cannot set aside political disagreement to express basic care and compassion when cleaning up broken glass at a synagogue. Beinart’s example reveals his lack of due diligence in trying to understand how the left already expresses solidarity across communal divides. JVPers have always shown up to clean gravestones or sweep glass, at synagogues and mosques alike.

In addition to overlooking the left’s existing efforts in service of communal Jewish safety, Beinart ignores the incompatibility of left- and right-wing understandings of the “Covenant of Fate.” While JVP brings together communities targeted by white supremacists to work toward safety outside the US carceral state, the Jewish Federations host training sessions with representatives from the ADL’s US–Israel police exchange program. Jewish anti-Zionists know that safety is created through solidarity. Our fate as Jews is bound up with that of Palestinians, and with all those targeted by state violence and oppression. We cannot achieve Jewish unity over safety without first challenging the false belief that supremacy and state power are the answers to our community’s vulnerabilities.

Until then, those of us on the left will continue forging new covenants of both destiny and fate, and welcoming our fellow Jews to join them. Rather than attempting to find neutral ground in the middle of a widening moral chasm, I’d invite Beinart to investigate with rigor and curiosity the bridge we’ve been building to a different future.

The letter writer is the executive director of Jewish Voice for Peace. 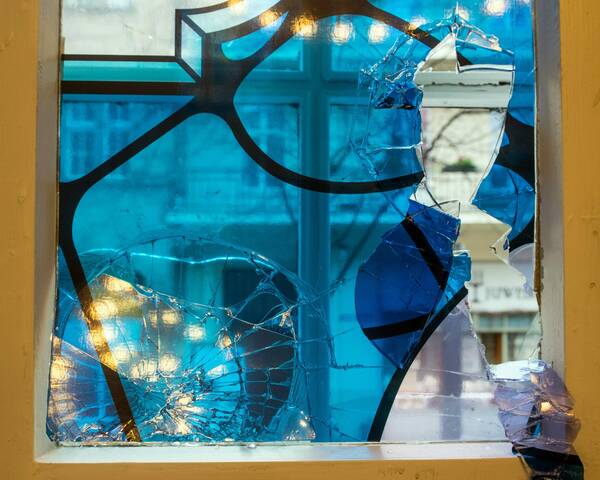 Essay
Reclaiming the Covenant of Fate
As American Jewry’s Zionist consensus crumbles, we must learn to address one another across communal divides.
Peter Beinart September 20, 2021