The recent Housing issue of Jewish Currents suffers from the same malaise as much of the magazine’s commentary: a narrow focus on greater New York City. One cannot generalize definitive knowledge about urbanization under capitalism from just New York’s case. At this juncture in history, mulling over displacement, gentrification, and housing organizing in the five boroughs does not constitute a critique; it is only a retreading of well-trod soil. The issue did give lip service to activities in places like the Bay Area, Los Angeles, Minneapolis, and Chicago, yet it felt tacked on. These cities are similarly well-studied (to wit, two of urban sociology’s major theoretical schools are named after Chicago and Los Angeles); more importantly, these cities are located in predominantly blue states run by governments relatively friendly to progressive housing measures. But the supermajority of the fastest-growing US metro centers are progressive cities in red states with governments deeply hostile to such measures—a dynamic the editors of the Housing issue ignore. The magazine would be well-served by learning from activists and neighborhoods in places like Boise, ID; Fort Worth, TX; or even Newark, OH, not because these places are more indicative of the nation as a whole (they aren’t), or because we can generalize lessons from them to the entire US (we can’t); rather, we should examine them simply because we may learn something new.

The letter writer is a research fellow at the Kinder Institute for Urban Research at Rice University. 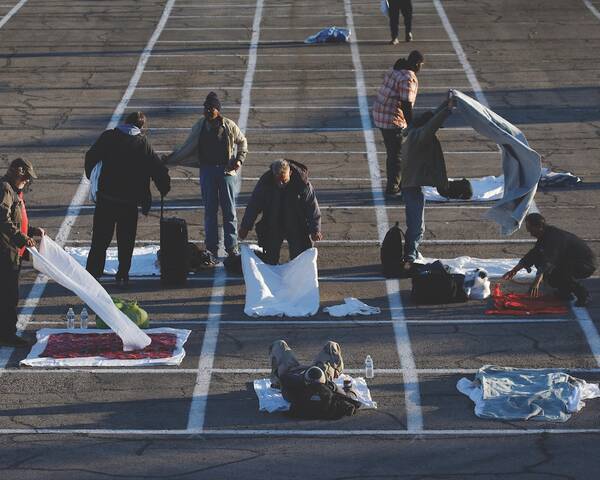 Roundtable
When You Can’t Stay Home