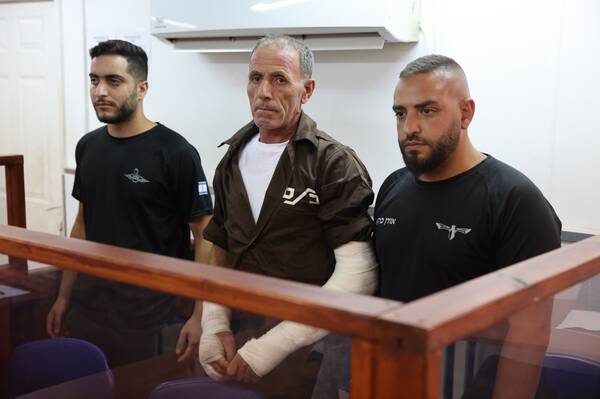 On September 19th, 2022, an Israeli judge at Ofer military court extended the detention of Hafez Hureini, who was attacked by five armed settlers on his land in At-Tuwani one week ago. Since the attack, he has been held in military prison with two broken arms. The judge reduced his charge from attempted murder to aggravated assault, and extended his detention for three more days. Photo: Oren Ziv/Activestills.