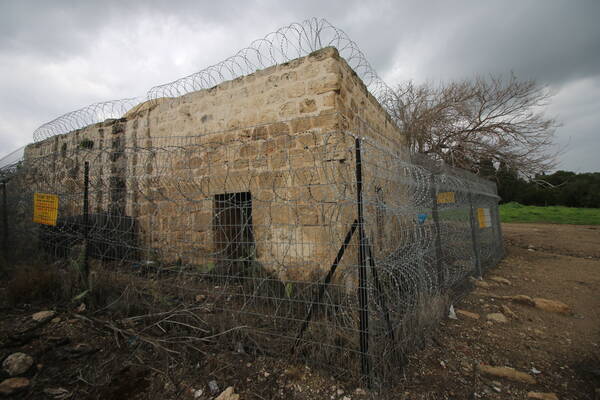 In this photo taken on Feb. 26th, the Sheikh Ibriq maqam and mosque, near Haifa, is seen completely fenced by the Israeli authorities with signs prohibiting access. The barrier was installed in the past 3-4 months. Sheikh Ibriq (also known as Sheikh Bureik) is one of 531 Palestinian ethnically cleansed villages, towns and urban neighborhoods across Palestine/Israel that were depopulated in the early 20th century and around 1948 in favor of Israel's settler-colonial project.