For the First Time, Israel Exhumes the Remains of a Suspected Victim of the Yemenite, Mizrahi and Balkan Children Affair
Photographer: Oren Ziv/Activestills 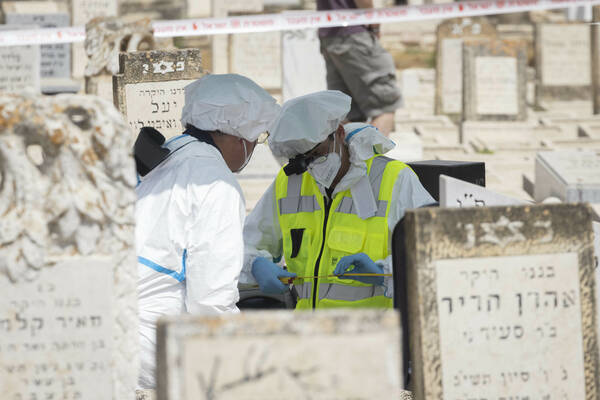 On May 23rd, a team of forensic investigators from the Israeli Ministry of Health took a DNA sample from a child’s grave in Petah Tikva. The sample could confirm the identity of the child. Some suspect the child is Uziel Khoury, one of the thousands of children who the Israeli government took from their families, mostly in the 1950s, in a scandal known as the Yemenite, Mizrahi and Balkan Children Affair. Khoury’s grave was opened after a four-year legal battle, during which the Israeli state tried to postpone the exhumation of his body. Khoury’s family emigrated from Tunisia in 1948, and he was born in 1952. At age one he fell sick and was transferred to Israeli welfare services, and then hospitalized. The agency informed his family that he died of polio.