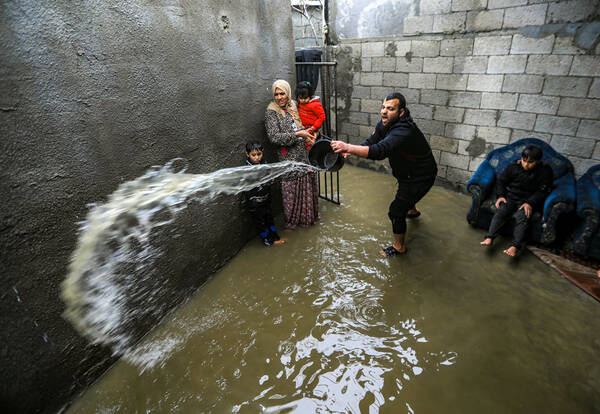 On January 16th, Palestinian families awoke to flooding caused by torrential rains that pounded their homes as they slept in Beit Lahia, Northern Gaza Strip. According to the UN, around 56,000 houses in Gaza were damaged during the 11-day Israeli offensive last May, and more than 2,100 houses were destroyed and are unfit for living. Gaza residents, 73% of whom are refugees from ethnically cleansed villages and towns in southern Palestine/Israel, have been living under a strict Israeli siege since 2006.