Mitchell Silber’s commitment to a debunked surveillance methodology makes him unfit to protect the Jewish community. 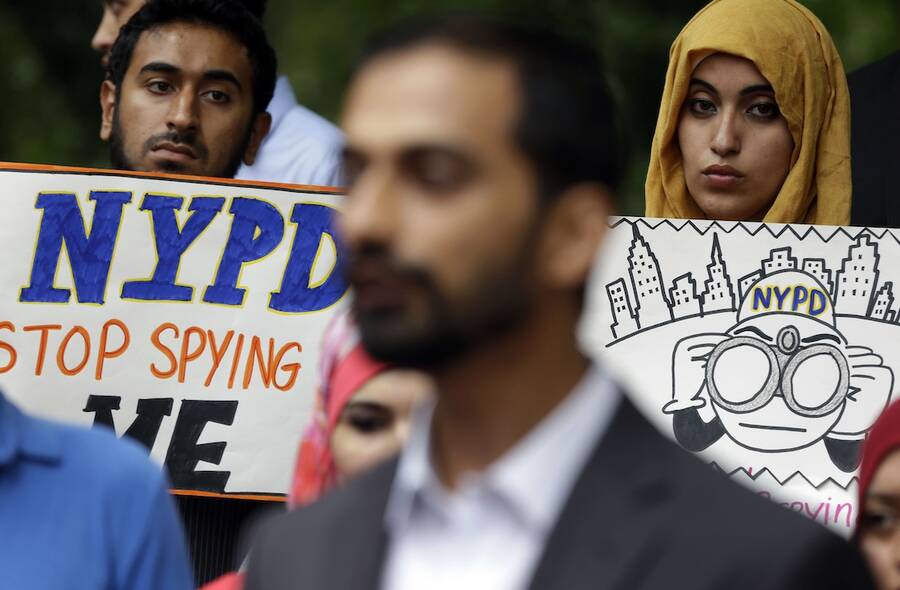 AT THE END OF 2019, the UJA-Federation of New York (UJA) and the Jewish Community Relations Council of New York (JCRC-NY) announced that Mitchell D. Silber would take on a role as executive director of their Community Security Initiative, “a new position created as part of UJA and JCRC-NY’s $4 million plan to help secure local Jewish institutions in the New York region.” Silber is best known for his work with the New York Police Department (NYPD), where he was the Director of Intelligence Analysis, tasked with working on counterterrorism investigations. Eric S. Goldstein, the CEO of UJA-NY, has described Silber as “uniquely qualified to lead this team and work with Jewish institutions and city, state, and federal law enforcement agencies to address the threats facing New York’s Jewish community.” After his appointment, Silber wrote an op-ed for The New York Times explaining how his expertise can come to bear on the protection of Jewish communities. “The menace of anti-Semitism won’t be defeated overnight,” he wrote. “But with a determined focus on deterrence, resolving mental-health treatment deficiencies, creating juvenile rehabilitation programs, defending houses of worship and other Jewish institutions, we can begin to beat back the persistent violence that is afflicting New York’s Jewish community.”

Silber, however, has a troubling history that has so far gone unnoticed: in 2007, he was a major architect of an NYPD report entitled “Radicalization in the West: The Homegrown Threat,” which claimed to identify behavioral patterns that could lead Muslims to commit acts of homegrown terror. The report’s methods and conclusions have long been debunked, and there has been significant pushback against the findings in policy circles as well, and yet it has become a springboard for further reports that have sought to link increased religiosity of Muslims to a propensity toward violent radicalization. These reports identified habits like growing beards, wearing “Islamic” clothing, frequenting mosques, and abstaining from alcohol and drugs as signs of radicalization. These are all very common things which alone would classify thousands of Muslims as potential terror suspects.

As a Muslim American born and raised in Brooklyn, I have personal experience with the kind of surveillance programs Silber helped craft. In 2011, when I was 19 years old, I co-founded an organization called Muslims Giving Back (MGB), aiming to serve undocumented and marginalized members of my local Muslim community, comprised mostly of undergraduates committed to our faith and people. The organization launched with about a dozen volunteers who’d each chip in our own pocket money to buy groceries for families in our neighborhoods that we knew were struggling. Though we were a 501(c)(3), we had no strict criteria for membership, and anyone who volunteered could count themselves as a “member.” We wanted MGB to be an open and welcoming space; what mattered most to us was that we were building a youth collective driven by our faith to serve immigrants, refugees, and others in need.

In March 2012, a young man around my own age from Queens reached out to me via Facebook to ask if he could volunteer with us. I happily invited him to my local mosque and introduced him to my friends. Later that spring, two different colleagues received word from institutional sources that our organization had been infiltrated by police informants. I was told that there was a file on my friends and me with our names and photos in it. The previous year, the Associated Press had released numerous reports exposing a shadowy program run by the NYPD enlisting thousands of plainclothes informants to surveil mosques, Muslim Student Associations, restaurants, cafés, and other sites of social activity in Muslim-majority neighborhoods throughout the New York metro area. We had reason to worry.

That October, as I was returning from delivering groceries to one of the families we served, I was directed to a Facebook post by the young man who had reached out to me in March, in which he publicly confessed that he was an informant for the NYPD sent to spy on me, my organization, and my community. I was rattled. There was a deep sense of fear throughout my local networks. My local mosque asked that we stop raising money there, and our funds—which were entirely community-based—plunged.

Shortly after, I was contacted by the ACLU and CUNY CLEAR, a legal clinic at the CUNY School of Law that offers free legal representation and workshops to vulnerable communities. Along with a team of co-plaintiffs who were also targeted by the surveillance, I joined a historic class action lawsuit for policy change that was filed on June 18th, 2013. After a lengthy court battle, we finally reached a settlement in 2017 that brought about a number of important policy changes to the NYPD’s surveillance program, including the prohibition of investigations where race, religion, or ethnicity is a substantial or motivating factor; the requirement of police to account for the potential effect of investigative techniques on constitutionally protected activities; the termination of open-ended investigations and the imposition of presumptive time limits on them; and the installation of a civilian representative to monitor the department’s compliance with these policies. Our lawsuit also brought about the removal of the original 2007 “Radicalization” report from the NYPD’s website.

Still, the report’s architects and proponents remain obstinately committed to its logic and continue to expand its reach. Silber, for instance, now advises policymakers on countering violent extremism (CVE) programs, which are premised on the same false assumptions as his 2007 report, even as they claim to operate under an ostensibly revamped “soft” approach to counterterrorism: outsourcing the surveillance work to teachers, social workers, and community leaders who are offered grants to administer programs that identify (in Silber’s own words) “pre-criminal” traits within individuals. These programs overwhelmingly target Muslims, implying that Muslim communities are more prone to committing religiously or ideologically motivated violence—an assumption that is patently false. While these programs claim to be harmless outreach, they are in fact subtler means of enacting the same discrimination. Silber’s commitments to the premises of CVE run so deep that he has co-founded an entire organization, called Parallel Networks, to advance its agenda. He described their approach on Lawfare in June of last year, in terms indistinguishable from a CVE approach.

It is not far-fetched to believe that Silber will be drawing from CVE’s guiding assumptions now that he is tasked with protecting Jewish communities. This is why I was so deeply troubled by the news of Silber’s recent appointment. It is still not well known that Muslim communities are being surveilled. Even less known is the perverse logic underpinning that surveillance, and how it is tied to models that have been used to target black and brown communities for decades.

While many Muslim Americans are well-educated and affluent, roughly 40% of all Muslim Americans report earning less than $30,000 a year; three-quarters are immigrants or the children of immigrants; and one-fifth are black. The history of Muslims in the United States dates back to colonization, but our position has been especially fraught since the wave of Islamophobia in the wake of the 9/11 attacks. Since Donald Trump’s election, the US has witnessed an exponential rise in far-right extremism and a spike in attacks on vulnerable minority communities, all enabled by the president. Attacks on Muslims are at their highest since 9/11, and Trump’s Muslim ban was recently expanded to include six more countries. In short, Muslim Americans are already in the crosshairs of myriad forms of structural violence.

In reality, most extremist violence is perpetrated not by Muslims, but by far-right white supremacists. The Anti-Defamation League (ADL) has released data showing that right-wing extremism eclipses all other extremist-related murders and identified white supremacists as the perpetrators of all antisemitic attacks in 2018. But the issue isn’t just that the wrong communities are being targeted; we also need to question the logic underpinning the surveillance state machinery.

How could someone who crafted the report that directly contributed to the profiling, targeting, and harassment of a minority community—and who continues to espouse this approach today—now be held as an exemplar for the security of another minority community? True security will require a different approach: solidarity. There have been numerous recent efforts at Muslim–Jewish coalition building, including here in New York, such as the one between Congregation Beit Simchat Torah (CBST) and the Islamic Center at New York University (ICNYU): since the presidential inauguration, CBST shows up to Friday prayers at ICNYU in solidarity with Muslims on a weekly basis. The results of these efforts include beautiful and enduring relationships, as well as programming (in which I myself have taken part) where the two communities learn from one another and break bread over shared commonalities. However, meaningful partnerships between American Muslims and Jews must acknowledge—not erase—structural inequalities, relationships to power, and complex histories: The sources of our oppression are the same, but our social positions are not.

My community and I were profiled, targeted, and harassed thanks to the work of the same man tasked to protect Jews today. When Muslims see this, calls for unity that erase accountability ring hollow to us. If the UJA-NY is truly concerned for the security of our communities, it must acknowledge the deep pain that Silber’s work has caused to Muslims and reconsider his appointment to the Community Security Initiative. The security of one people cannot come at the expense of another.

Asad Dandia is a Brooklyn-born educator, organizer, and graduate student of Islamic Studies at Columbia University.