Dependence on mega-donors clears the way for a toxic culture. 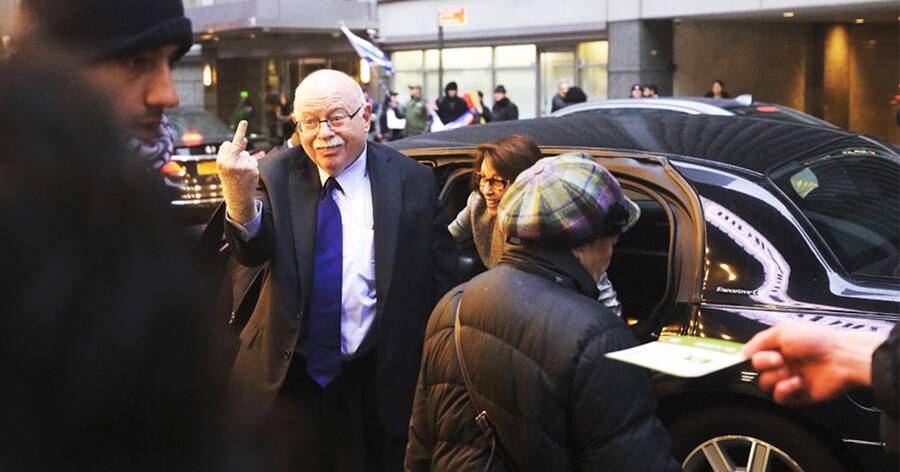 JEWISH COMMUNAL INSTITUTIONS AND NONPROFITS have a well-documented donor problem: a small group of older, white, conservative men provides almost all the funding for most Jewish organizations. You’ve probably heard their names: Kraft, Bronfman, Adelson, and Steinhardt, to list only the most prominent examples.

Dependence on mega-donors has wrought many negative consequences for Jewish life, but one in particular is that it clears the way for a toxic culture of sexual harassment. This was illustrated in stark terms by the recent story in the New York Times in which billionaire Birthright funder Michael Steinhardt was accused of sexual harassment by women in the Jewish nonprofit world, some of whom had been sent to him to raise funds.

This story had uncomfortable resonance for me. When I started out as an employee in a Jewish nonprofit, I was a 22-year-old recent college grad—the model young and engaged millennial Jew. I grew up in suburban Philadelphia, where I attended a Conservative synagogue and Zionist summer camps, eventually venturing to Israel for a gap year. Everywhere, from camp to my gap year to my Jewish advocacy organization, staffers would always tell me how much funders loved to hear from and interact with young people. I was used to being trotted out for donors and instructed to schmooze and tell them how much I loved the program I was in, so they’d feel they’d made a good investment.

I never had to interact with someone with the clout of a Steinhardt or a Kraft. But I was frequently asked to put on this dog and pony show for wealthy donors, and in my years working for Jewish nonprofits and attending programs coordinated by them, I experienced behavior that ranged from plain sexism to outright sexual harassment. There was groping, there were inappropriate comments and questions about my body, and there were plenty of offensive sexist jokes. And of course, I frequently was on the receiving end of questions about “Jewish continuity” that are at the core of our Jewish communal sexual harassment issue. These questions and comments ranged from “Are you married?” or “Will you go out with me/my nephew?” to “You seem like the right age to start having Jewish babies.”

When I joined the Jewish nonprofit world, I was shocked at how the donor-staff dynamic played out, as were many in my age cohort. We were even more shocked that the women who came before us seemed to be resigned to it. I heard countless horror stories from older female mentors and colleagues—particularly fundraisers—who had experienced sexual harassment for years from donors in the community and had nonetheless continued to build relationships with these abusers for financial purposes. We heard these stories, but we were also told that there was nothing to be done about it; our community’s future depends on donor largesse. To report a donor, or to cut off the relationship, we were told, would bring career, and even communal, harm.

It used to be the case that in the Jewish community, funding came from the actual community. You’d join a synagogue and pay dues, give a small sum annually to the Federation, and buy your niece a Hadassah lifetime membership for her bat mitzvah. But now, for many reasons, namely an increasing wealth gap as well as shifting financial priorities in the Jewish community, ordinary community members are giving less money to Jewish institutional life. This was illustrated in a recent study published by the Avi Chai Foundation, which also found that our community organizations increasingly rely on mega-donors to keep their doors open.

Harassment in the Jewish community—and everywhere—fundamentally stems from power imbalances that make those on the receiving end of this behavior vulnerable to those who are able to act inappropriately with no consequence. These imbalances are so often fueled by money—who has it and who needs it.

The prevalence of sexual harassment in our community is compounded by the fact that so much of this money goes towards supporting initiatives that encourage Jewish baby-making in service of the future of the Jewish people. Birthright is the prime example of this. Last year, Sarah Seltzer, writing for Jewish Currents, uncovered the ways in which Birthright has developed a toxic culture rife with sexual harassment and assault in no small part because of its implicit (and even explicit) emphasis on Jewish continuity and sex. It’s not surprising that these donors often feel ownership over our bodies. As they see it, they paid for us. The programs they’re funding have explicit agendas that essentially make intra-communal sex and reproduction a project deliverable.

I left the Jewish nonprofit world in part because I could no longer handle the frequent harassment from donors with whom I was forced to interact. I suspect that I’m not alone, that one of the reasons Jewish millennial women are backing out of Jewish communal life is because of the frequent harassment and the obsession with our bodies and reproduction.

I believe that the exposure of Steinhardt, one of the most powerful people in our community, is a hopeful sign. It’s true that we still haven’t seen much institutional change; many of Steinhardt’s myriad beneficiaries in our community have remained silent in the face of these accusations, and very few have refused donations or removed his name from their programs and buildings (including my alma mater, Brandeis University, which has a social research school named after Steinhardt). Nonetheless, I see change on the horizon. A major Jewish institution for college students, Hillel International, no longer accepts donations from the Steinhardt Foundation. I’ve also been encouraged to see senior employees at Jewish organizations speak out more than ever before about the harassment they’ve faced.

Bolstered by the #MeToo movement, women in the Jewish community are finally coming forward about their experiences. But in order to fix our community’s harassment problem, we’ll have to address its underlying allegiance to the funders, rather than the staff and community members who these institutions purport to serve. Every organization in our community must grapple with the question: What are you willing to sacrifice in order to stay open? What is the price you put on women’s bodies?

Again and again, my safety and autonomy as a Jewish nonprofit employee and program participant took a backseat to my organizations’ continued ability to fundraise from mega-donors. In order to stop hemorrhaging young women, and young people in general, the Jewish community must have its own internal reckoning on the price we pay when we put donor interests first.

Catie Stewart is a writer and community organizer based in San Francisco.

Writings GridBlog-Shmog
The Men Around Me Are Terrified – and It’s Great
Catie Stewart
Sign up for our email newsletter, featuring exclusive original content
Short on time?
Sign up for our weekly Monday roundup of everything you missed in Jewish Currents last week.