The American Jewish Army that Never Was

A new work chronicles the attempts by Zionist leaders to raise an American Jewish army to fight Hitler. 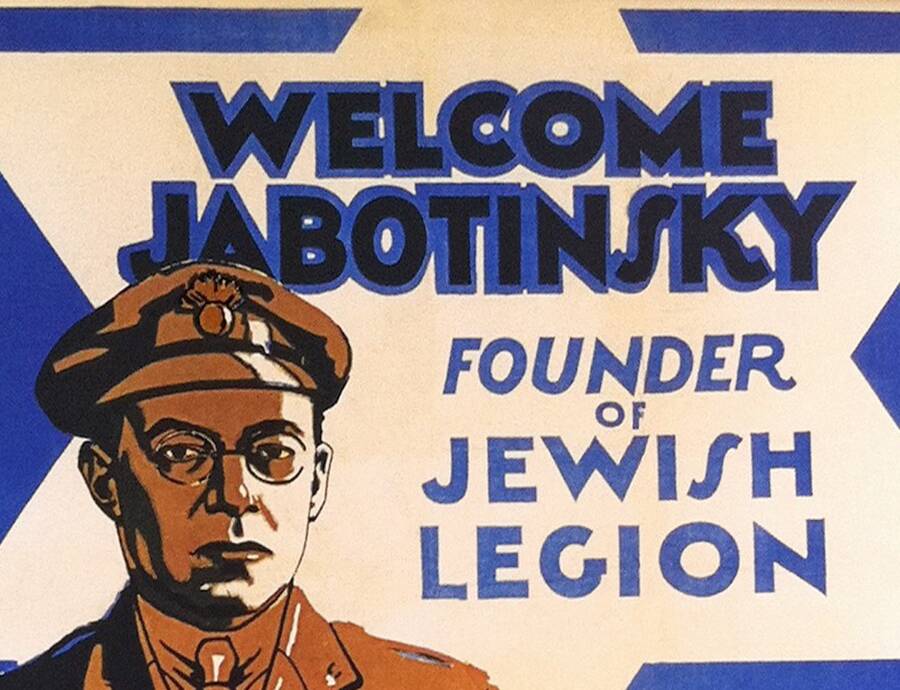 Reviewed in this essay: Racing Against History: The 1940 Campaign for a Jewish Army to Fight Hitler by Rick Richman. Encounter Books, 2018. 288 pages.

MORE THAN A YEAR before America entered World War II, American Jews received visits, on separate occasions, from the three most important Zionist leaders in the world.

Each of them came at a time when an ocean voyage was made hazardous by the presence of German submarines. Their purpose: to warn American Jews that World War II, already underway, was a more serious crisis than they realized, to gain support for a Jewish homeland in Palestine, and to create a Jewish army to defy Hitler.

In Racing Against History: The 1940 Campaign for a Jewish Army to Fight Hitler, Rick Richman draws on previously unpublished letters, speeches and diaries to bring us the complex story of Zionist leaders Chaim Weizmann, Ze’ev Jabotinsky, and David Ben-Gurion in their efforts to rouse the American Jewish community. In depicting their failures, the book also illuminates a time before American Jewish institutional support of Zionism and Israel reached its contemporary reflexive state.

Weizmann, president of the Zionist Organization and positioned roughly at the center of Zionism, first came to the US in January of 1940 not to gin up support for a Jewish army, but for the Zionist project in general. Four days after he arrived, he gave the major speech of his trip to an audience of 4,000. The New York Times ignored his remarks on the Jewish crisis in Europe and the Jewish homeland in Palestine, and focused on the dispute with the Arabs, reporting that Weizmann had said he “detected in thoughtful Arabs a realization of the futility of strife, and even the possibility that the internal difficulty in Palestine might be resolved to a ‘family quarrel’ which could be worked out by the ‘cousins’ themselves.”

When Weizmann returned to London a couple of months later, he wrote that America was in a “strange prewar mood . . . violently neutral, and making an extraordinary effort to live in the ordinary way.” He felt that he needed to be extremely cautious in order to avoid anything that might be construed as pro-war propaganda. He didn’t want to be branded as advocating America’s engagement in the European war at the behest of the Jews.

In his memoir, Weizmann described his trip to America in 1940 as “artificial” and “uncomfortable,” and “not a satisfactory one.” On returning to London, he wrote to a friend of the “world of shadows” he experienced in America, noting that “the attitudes there bore no relation to the grim realities which today face humanity at large and the Jews in particular.” He thought American Jews seemed blind to “the hurricane which is breaking over our heads . . . incurably complacent,” predicting that “when catastrophe reaches their gates, they will start up perplexed and wondering, as though something unexpected had happened.”

SOON AFTER WEIZMANN LEFT, Ze’ev Jabotinsky, president of the New Zionist Organization of the World, representing the Zionist right wing, arrived from England to explicitly champion a Jewish army to fight the Nazis, and to enlist American Jews in the fight. Once in New York, he assembled a small group, including his executive assistant, Benzion Netanyahu, who nine years later would father the future Israeli prime minister.

In a speech to an eager crowd of over 4,600, Jabotinsky, a passionate orator, said:

When the war broke out, we hoped to be recognized and treated as one of the allied peoples, offered Jewish troops and other important forms of collaboration. All that was rejected: the Jewish ally is not wanted. His problems are rigorously excluded from the list of war aims.

On May 12th, 1940, after the second German blitzkrieg overpowered Western Europe and Churchill replaced Chamberlain, Jabotinsky cabled Churchill, renewing his offer to organize a Jewish army of 130,000 soldiers to be “available at all fronts.” He sent cables to Weizmann and Ben-Gurion: “Propose to you joining efforts to establish united Jewish front for policy and relief. Urge immediate consultations between ourselves or deputies.”

American Jewish leaders were no more receptive to Jabotinsky’s proposals than to Weizmann’s. Fearing that his ideas might give cause for the forcible ejection of Jews from Europe, Rabbi Stephen S. Wise publicly criticized Jabotinsky’s proposal of a “mass evacuation” of European Jewry. Incensed, one of Jabotinsky’s aides, Benjamin Akzin, called the Jewish leaders most resistant to the idea of a Jewish army the “Society for Trembling Jews.” Even major American Zionist groups published a lengthy pamphlet accusing Jabotinsky of “abetting the anti-Semitic desire to treat Jews as aliens and drive them out of their lands of residence.”

Before returning to England, Jabotinsky traveled to a Catskill mountain village to visit a Zionist youth camp. He died there of a heart attack at 59.

IN THE AUTUMN of 1940, with Jabotinsky dead and Weizmann in England, Labor Zionist leader David Ben-Gurion traveled to America to again try to muster support for a Jewish army. Frustrated, he wrote in his diary: “In everyone’s opinion, there is no hope in recruiting the young Jews in America to establish a Jewish Army. They are preoccupied with their own problems, they are afraid of what the Goyim are going to say, and that the new American military leadership will also be in the way. I cannot accept this verdict.”

The eagerness to Americanize on the part of many American Jews, Ben-Gurion believed, was responsible for their lack of enthusiasm. The prevailing mood in America in 1940 was isolationism, with public opinion firmly against the admission of immigrants from Europe. American Jews, along with their fellow citizens, were not eager to concern themselves with European struggles. The American Jewish Committee emphasized that the new war in Europe was the concern primarily of the non-Jewish world.

1940 brought with it a growing fear for American Jews, as figures like industrialist Henry Ford, radio broadcaster Westbrook Pegler, Nazi-sympathizer celebrity Charles Lindbergh, and others peddled openly antisemitic politics. Many were anxious not to be found guilty of leading the country into war to defend European Jews, and were reluctant to let their voices be heard.

In Hollywood, studios owned by Jews generally avoided the subject of Nazism. Harry Warner, a founder of the Warner Brothers company and child of a pogrom survivor, was one of the few to speak out. In 1940, he convened a company-wide gathering at which he said:

We must unite and quit listening to anybody discussing whether you or I am a Jew or a Catholic or a Protestant or of any other faith—and not allow anyone to say anything about anybody’s faith—or we will fall just the same as they did over there.

Warner produced Confessions of a Nazi Spy in 1939, the first overtly anti-Nazi film, and warned that what was happening in Europe might well happen in America. A little more than a year later, he was called before a subcommittee of the Senate Committee on Interstate Commerce to testify on “war propaganda disseminated by the motion picture industry.” Until the Japanese attack on Pearl Harbor, the anti-war attitude would prove dominant.

As a result, the Jewish army that Weizmann, Jabotinsky, and Ben-Gurion hoped for never came to be, and one can only wonder how events might have played out if the American Jews had been able to unify and form a proper army.

Of course, this failure did not prevent the growth and eventual success of the Zionist project. Despite their failures to draft a Jewish armed force in America, Ben-Gurion went on to become Israel’s first prime minister, Weizmann its first president, and Jabotinsky’s successor, Menachem Begin, its first leader of the loyal opposition.

Dusty Sklar is a contributing writer to our magazine and the author of Gods and Beasts: The Nazis and the Occult, as well as numerous stories and articles.