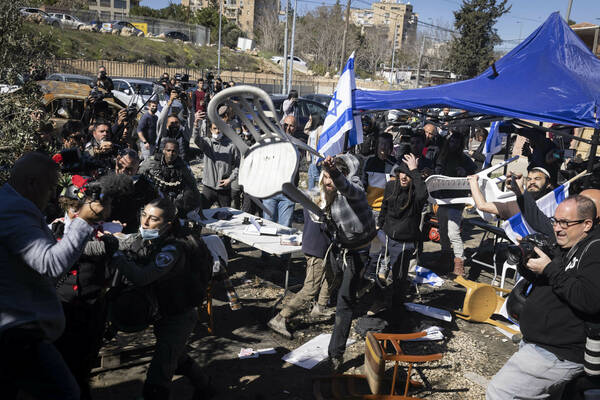 On February 13th, tensions erupted between Palestinians and Israeli settlers in Sheikh Jarrah, Jerusalem, as Israeli far-right MK Itamar Ben Gvir set up his parliamentary office in the Palestinian neighborhood, declaring “we are the landlords.” Nearby, settlers erected an outpost on the land of the Salem family, whose eviction is set for March in favor of Israeli settlers.