Anticipating the liquidation of their ghetto in Korets, Ukraine, which had already suffered the execution of 2,000, sixteen Jews led by Moshe Gildenman and his son Simkha escaped to the woods on this date in 1942, armed only with two guns and a butcher knife. To build an arsenal, they ambushed and attacked a unit of policemen and captured six rifles, two pistols and several hand grenades. With these weapons, they attacked small police stations in the area and took more weapons. Gildenman, known as ”Dyadya Misha” (Uncle Misha), gathered and armed other Jews and formed a partisan base in the forests near the railway line Sarny-Rokitno, and undertook military operations against the Germans and their Ukrainian collaborators. Nearly wiped out in battle with a large German force, he and his remnant joined a Soviet partisan corps in January 1943 and played an important role in sabotage operations in the Zhitomir area. Ultimately joining the Red Army with the rank of captain, Uncle Misha would participate in the capture of Berlin and receive many decorations. Born in 1898, he settled in Rehovot, Israel in the 1950s and died in 1958.

"Their unit included a 12-year-old violinist named Mordechai 'Motele' Schlein, who had joined the partisans after witnessing the murder of his parents and sister. In August 1943, Motele infiltrated a Nazi Soldiers’ Club in the city of Ovruch, where he was hired to provide entertainment during meals. Every night, Motele would hide his violin in the Soldiers’ Club and take home an empty case. He would return the next morning with three kilograms of explosives hidden in the case. Over six days, he amassed eighteen kilograms of explosives, which he packed into a crack he had discovered in the basement wall. When a group of high-ranking SS officers arrived for a visit, Motele blew up the building, killing everyone inside. Motele was killed in action, but Uncle Misha kept his violin. It was eventually passed . . . to Yad Vashem—Israel’s Holocaust Martyrs’ and Heroes’ Remembrance Authority—with the stipulation that it be available for performances." —James A. Grymes 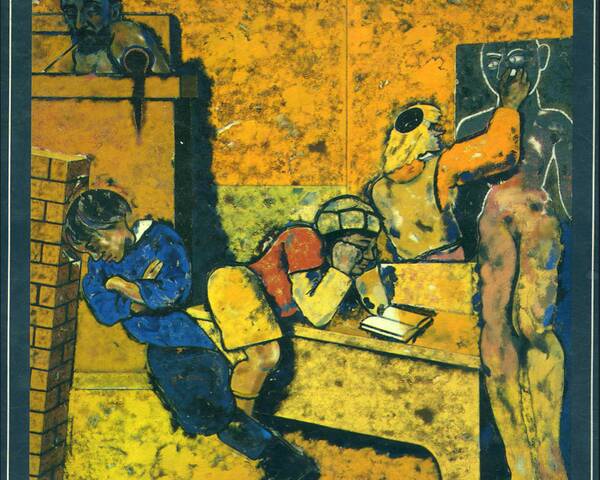