Can an activist handbook from 1971 really guide today’s movements? 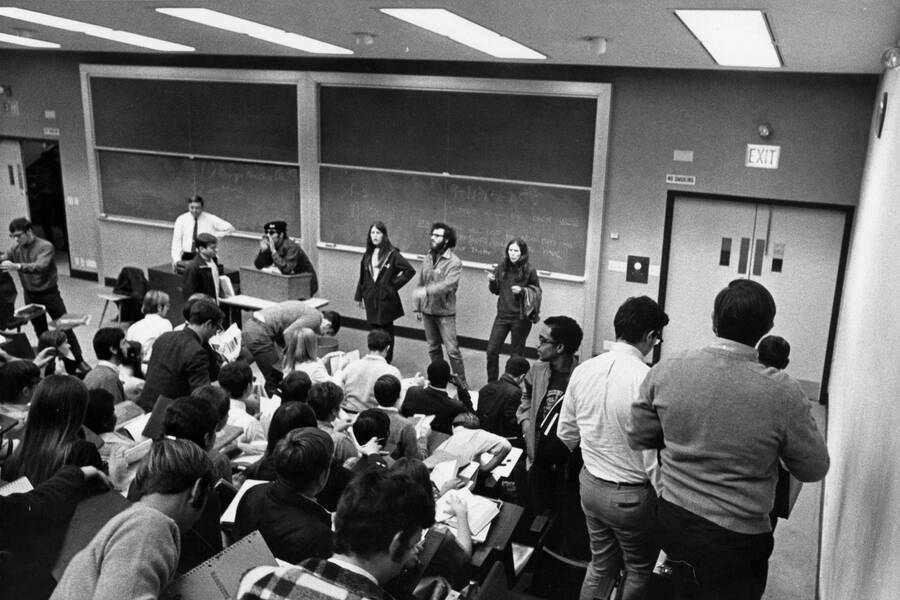 IN TIMES OF POLITICAL CRISIS, activists often turn to texts from the past for inspiration. Michael Walzer’s Political Action, originally published in 1971 and reissued by NYRB Classics, is presented as one of these texts—a guide to movement politics and citizen activism that can be newly deployed in the Trump era. The book is meant as a short primer on social movements for amateur activists, whom Walzer distinguishes from the so-called “professionals” working in unions, non-profits, and political parties. The chapters focus mainly on specific techniques for navigating movement politics, with topics ranging from the mundane (raising money, finding a constituency, staffing a movement office) to the more theoretical: defining enemies, dealing with sectarianism, and telling the truth. Throughout, Walzer emphasizes the humdrum nature of what he calls “citizen activism,” the kind in which small groups of people meet in church basements or living rooms and organize to right a perceived wrong.

In a preface to the new edition, Walzer writes that, because he wanted to make a perennial guide for citizen activists, he “avoided specific references to sixties politics.” But this is precisely what makes the book such a strange and dispiriting read: The politics of its time, and surely the author’s personal experiences, have overdetermined the content despite being absent from its pages. While Political Action offers some lasting insights into movement politics, it is largely stuck battling the straw men of its era. The book is less a perennially useful guide than an artifact of the long shadow the New Left’s schisms and failures have cast on American activism.

Walzer, who had been a young community activist in the early 1960s before moving on to an academic career as a political scientist and an editorship at Dissent, wrote Political Action shortly after the US invaded Cambodia, two years into the Nixon presidency. In his 2019 preface, Walzer describes his experiences leading up to writingthe book. He had helped found several activist groups in the Boston area, including a civil rights solidarity organization and anti-war group attached to Students for a Democratic Society (SDS) at Harvard. The anti-war group split in the late 1960s along similar fault lines as the larger movement: Some members organized draft resistance or volunteered for Eugene McCarthy’s presidential campaign (as Walzer did), while others joined the Weathermen, a breakaway faction of SDS advocating the violent overthrow of the government. Walzer writes, “The divisions on the political and intellectual left were deep and, so it seemed, irreconcilable. For the moment, I had nothing to do, and when political activists can’t act, they write a book.”

Unfortunately, political analysis written in the lull after a social movement’s collapse is often warped by the recent traumas of division and defeat. Writing in 1970, Walzer seems particularly scarred by the New Left’s turn toward militancy and sectarian infighting. His hostility toward the militants who replaced the civil and earnest activists of the early 1960s is palpable. He likens small cells of ideologues—presumably Stalinists, Trotskyites, Maoists, etc.—to religious sects whose relationship to their ideology, like the zealot’s relationship to God, becomes an end in itself, negating any concern for having actual impact in the world. Walzer warns that these ideologues have lost the capacity for the kind of small victory activism for which he advocates and have thus become “carriers of defeat” whose influence must be resisted. Of those promoting revolution, he warns that “only the long-term activism of adult citizens” will prevent them from taking over the political movements of the day.

Throughout the book, Walzer tries to inoculate would-be activists against false hopes or unattainable goals because he believes that they lead to quixotic militancy or sectarian fracture: “Failures of nerve and endurance, marked by sudden defections, wild talk, personal indulgences, dangerous adventures. Against all these the movement must struggle almost as energetically as against whatever feature of the old society it is opposing.” Like many in Political Action, this pronouncement contains a kernel of sound advice, but its emphasis on restraint displays the book’s main fault. Walzer dismisses the power of imagining and pursuing seemingly impossible outcomes—which is what any great political transformation demands. Moreover, he tries to dampen those aspirations at every turn. In the first chapter, Walzer disparages those who have the “willingness to act, in disregard of present experience, on the basis of one or another theoretical view of the future.” But how else can an activist proceed when present experience suggests that transformative change is almost impossible and yet necessary? How else does one fight against power so entrenched that it seems like a natural phenomenon?

Political Action doesn’t engage with these questions because it is a guide to sustaining movement activism, not to achieving transformative change. It is premised on the idea that the democratic system works, and that in reaction to activist’s demands, the country will get progressively better. These assumptions reflect the book’s historical context, as well as its intended audience. Political Action is clearly aimed at the (predominantly white) middle class, who made up the base of the civil rights and anti-war movements—at the time, a swelling, upwardly-mobile group forged from a post-war economic boom, strong unions, and well-rounded social democratic institutions. The success of the civil rights movement suggested that activists could pressure the government to protect and expand the rights of marginalized citizens.

From the vantage of the late 1960s, it would be easy to caution patience and moderation. But the middle-class activism that Political Action lionizes is no longer ideally suited to the political circumstances, or perhaps even possible. Social gains made by the left in the ’60s and ’70s have been rolled back over the past 50 years by the machinations of clear-eyed conservative activists and the acquiescence of neoliberals in both parties. Economic inequality is at its highest rate since the Great Depression. Racism, xenophobia, and militarism continue to fester, and strongman populism rears its head at home and abroad. Most pressing of all, capitalism’s addiction to fossil fuels threatens the very fabric of life on earth; some experts give us a mere 12 years to transform the economy and minimize the oncoming disaster.

Given all this, today’s activists cannot afford to wait on incremental change. They cannot afford to engage in revolutionary fantasies either. The Maoists and Blanquists of the late 1960s deluded themselves into thinking that they were on the brink of revolution, and the result was a disastrous defeat. But in reaction to the radicals’ demand to seize power immediately, Walzer’s book swings too far in the opposite direction, advocating an activism that doesn’t seek power at all. Instead the book proposes a greatly circumscribed view of what is possible, or even necessary, in the face of entrenched political and economic oppression.

Walzer believes that activists have only two real avenues available to them: pressure politics and electoral politics. Yet, even by entering electoral politics, Walzer stresses that any potential movement can only ever hope to be marginal. When a movement ousts an uncooperative politician in an election, he writes, the person to take their seat will probably not be the leaders of the movement but “whatever alternative set of professional politicians the system provides.” The question emerges as to why activists would seek such a weak return on their efforts, but for Walzer, it is because this is the best result they can hope to get. In his view, the electoral system is the only true source of power in the country and it is largely impervious to outsiders. It is designed to, in his words, “evade, resist, wear down, or simply absorb” the work of activists; citizen activists can therefore only hope to nudge it in the right direction. But even this view seems anachronistic. Several recent electoral insurgencies—the Tea Party as well as the movements behind Bernie Sanders, Alexandria Ocasio-Cortez, and even Donald Trump—suggest that the electoral system is no longer as impenetrable as it once was.

Political Action is not concerned with how political power is achieved, electorally or otherwise. (Except for a chapter on the “Woman Question,” it also glosses over power relations within movements—the complex questions of race, gender, and class privilege that bedevil left-wing activism.) This is a pity, because what new activists need more than anything is a guide to building political power and to wielding it effectively. They cannot rehash the strategies of the past. They face a very different world than that of 1971, one that the models of the New Left, whether from the militants or the citizen activists, cannot properly address. Today’s activists need to build the power to bring about a sweeping transformation through a strategy specific to this historical moment. To undertake such a daunting task, they must believe from the outset that it’s possible to do more than nudge the current system in the right direction. They must believe they can replace it, full stop. At this point in history, they cannot afford to try for anything less.

Michael McCanne​’s work has been published by Art in America, The New Inquiry, Boston Review, Jacobin, and Dissent.

Conversation
Fighting for Rojava
A Jewish American anarchist who fought alongside the Kurds against ISIS reflects on his experiences and the current state of the region.
Michael McCanne
Art
Shirley Wegner’s Unsettled Landscapes
In Wegner’s photographs, we are looking not at historic events but at collective memories.
Michael McCanne
Sign up for our email newsletter, featuring exclusive original content