Unless left-wing groups band together, Congress will grow even more hostile to Palestinian rights and other progressive priorities. 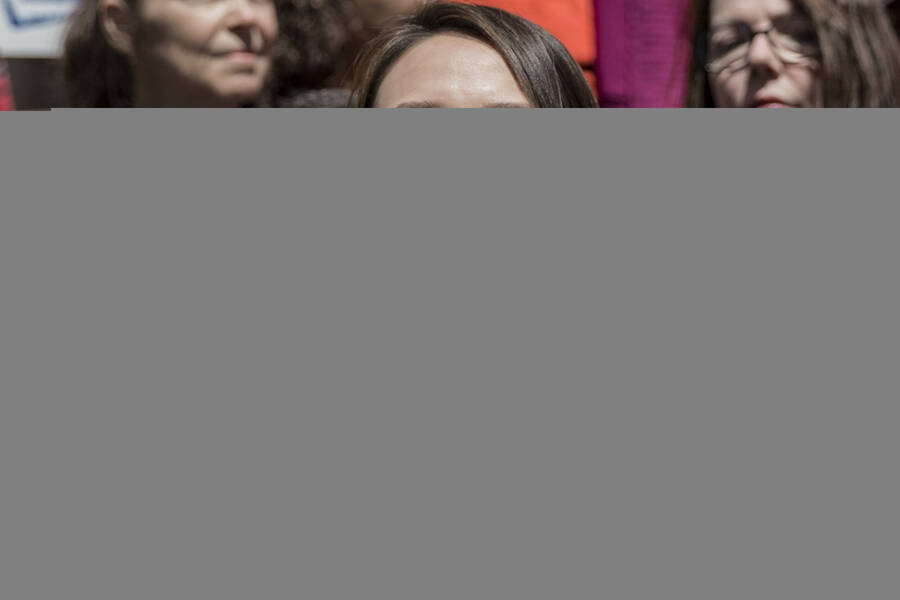 In late August, after a closely fought Democratic primary for a newly drawn congressional district in Brooklyn and lower Manhattan, the American Israel Public Affairs Committee (AIPAC) took a bow. It declared itself “proud to have played a role in defeating Yuh-Line Niou—an anti-Israel candidate who endorses the BDS campaign.”

On the surface, Niou’s loss fits a narrative that has been building all year: Pro-Israel groups spend vast sums of money; pro-Palestinian candidates lose. But look closer at the race in New York’s 10th district and the narrative grows more complicated. AIPAC didn’t spend that much. It donated $350,000 to a local pro-Israel organization, NY Progressive Inc, which dispensed almost $400,000 over the course of the campaign. (Full disclosure: I talked to Niou about Israel-Palestine during the race, and my son volunteered for her campaign.) AIPAC’s spending constituted a fraction of the close to $7 million that Dan Goldman, the eventual winner, spent himself, and of the more than $4 million expended by another candidate, Rep. Mondaire Jones.

Progressives could have matched AIPAC’s relatively modest expenditure, but they did not. Of the four organizations that have been most active this year in defending candidates who support Palestinian rights—J Street, the Working Families Party (WFP), Justice Democrats, and the Congressional Progressive Caucus (CPC)—only WFP backed Niou. It spent $150,000. Niou lost by just over two percentage points. The race in New York 10 illustrates a problem that gets less attention than the financial largesse of groups that unconditionally back Israel: The lack of coordination among groups that don’t. The story of the 2022 midterms isn’t only that AIPAC and its allies swamped pro-Palestinian candidates with their spending. It’s that the progressive groups that might have shielded those candidates were too divided to do so. Unless those groups become more strategic, Congress will likely grow even more hostile to Palestinian rights in the years to come. And because candidates who support Palestinian rights tend to be the most stalwart defenders of economic, racial, and environmental justice, their absence will make the Democratic Party in Congress less progressive overall.

A glance at the numbers helps tell the story. According to Andrew Mayersohn of OpenSecrets, AIPAC’s two political action committees and the political action committee of Democratic Majority for Israel (DMFI), which shares AIPAC’s pro-Israeli government agenda but supports only Democrats, have spent more than $41 million this election cycle in contributions to federal candidates, party committees, leadership PACs, and outside groups. In Democratic primaries across the country, these unprecedented sums—often spent in tandem with corporate groups—helped defeat progressive candidates and elect their more hawkish, more business-friendly, opponents. By contrast, J Street’s two PACs and the PACs of Justice Democrats, the Working Families Party, and the Congressional Progressive Caucus have spent just over $18 million. That’s a big difference. But it understates the gap because AIPAC and DMFI focused their money on candidates who share their views on Israel-Palestine. The progressive groups didn’t.

Palestine-Israel is necessarily only one part of the progressive groups’ broader agenda. The Working Families Party, which has its roots in labor and community organizations, backed Niou, who declared in the “Israel/Palestine” section of her website that “American taxpayer dollars should never be used to support violations of human rights.” But it has spent far more money on behalf of Wisconsin Senate candidate Mandela Barnes, who now supports the 2016 Memorandum of Understanding that commits the US to providing Israel $38 billion of military aid over ten years with essentially no human rights conditions. According to one WFP insider, the group asks in its candidate questionnaire whether candidates support legislation that would bar Israel from using US aid to detain or otherwise harm Palestinian children. So why has Barnes—who backs US aid without restriction—received so much of WFP’s financial support? Because, according to the WFP source, he’s reliably progressive on many other issues the organization cares about. His victory over a Republican incumbent could expand the Democratic Party’s majority in the Senate, which might enable party leaders to pass legislation on subjects like voting rights that they couldn’t enact in Joe Biden’s first two years in office. From a broader progressive perspective, that tradeoff may be understandable. But it sacrifices Palestinian rights along the way.

J Street makes a similar calculation. Although founded in 2008 to rally congressional support for a presidential effort to create a Palestinian state alongside Israel, J Street has since broadened its portfolio. As the prospects for a two-state deal have faded, and the Republican Party has grown more authoritarian, J Street has turned more of its attention to the struggle for democracy at home. A commercial the group released in late October referenced abortion rights and Trump’s election denial and promised that “when MAGA Republicans come for our democratic freedoms they’d better believe we’re ready for the fight.” It didn’t mention Israel-Palestine. J Street’s donations illustrate the same trend. The organization’s Super PAC spent heavily this year to support Michigan Rep. Andy Levin and former Maryland Rep. Donna Edwards, who have challenged Israel’s occupation of the West Bank and Gaza Strip, in matchups that pitted them against AIPAC-backed opponents. But most of the candidates who have received significant direct J Street funding—Senators Raphael Warnock, Catherine Cortez Masto, and Maggie Hassan, and Reps. Andy Kim and Tom Malinowski—are not vocal critics of Israeli policy. They are simply endangered Democratic incumbents. J Street is defending them from the GOP but not from AIPAC. In fact, AIPAC’s Pro-Israel America PAC has itself endorsed Cortez Masto and Hassan. So has AIPAC’s ally, DMFI, which has endorsed Warnock and Malinowski as well.

The Congressional Progressive Caucus—which represents almost 100 self-declared progressive representatives in the House—has also been inconsistent on Israel-Palestine. It has donated to Levin, Nina Turner, Delia Ramirez, and Summer Lee—all of whom were targeted by AIPAC or DMFI for their pro-Palestinian views—but also to Florida’s Maxwell Frost, who opposes conditioning aid to Israel. In New York’s 10th district, the CPC endorsed Jones, a CPC member who was vacating his suburban seat to run in New York City in response to redistricting. Unlike Niou, Jones did not commit to conditioning US aid to Israel during the campaign and has not backed such efforts in Congress. For the CPC, too, Palestinian rights are only one priority among many.

Even when progressive PACs do focus their attention on Israel-Palestine, they disagree among themselves about what US policy should be. To win J Street’s endorsement, a candidate must oppose Israel’s occupation of the West Bank and also oppose the Boycott, Divestment, and Sanctions (BDS) movement. When J Street was founded almost 15 years ago, that position constituted the left flank in Congress. It no longer does. Now some of the candidates targeted by AIPAC and its allies—Niou, Rashida Tlaib, Ilhan Omar, Cori Bush, and others—violate J Street’s ideological red lines by either supporting BDS or supporting one equal state. Of the six House Democrats who earlier this year cosponsored landmark legislation to commemorate the Nakba and support the rights of Palestinian refugees, J Street endorsed only two.

If J Street doesn’t support candidates who lean too far left on Israel-Palestine, Justice Democrats doesn’t support some who aren’t left enough. Because Justice Democrats makes a small number of endorsements and tends to favor young, diverse, working-class, and anti-establishment progressives, the organization supported neither Levin in Michigan nor Edwards in Maryland, candidates who—although they oppose BDS and support two states—were two of AIPAC’s biggest targets this year because they had publicly challenged Israeli policies in the West Bank and Gaza.

This combination of scattered focus and ideological disagreement has proved costly for progressive candidates. Despite polling which shows that ordinary Democrats have grown more sympathetic to Palestinian rights, the Democrats in next year’s Congress will likely be more hostile. With their flurry of victories, AIPAC and its allies haven’t only defeated vocal critics of Israeli policy, they have likely deterred ambitious progressives from becoming critics in the first place.

Given the enormous threats to American democracy, reproductive rights, and the environment, it’s unrealistic to expect progressive funders to evaluate candidates solely based on their views on Palestinian rights. What they can do, however, is ensure that when they back candidates who challenge unconditional US support for Israel they do so effectively. That requires uniting behind candidates who—with sufficient financial support—can withstand AIPAC’s assault. Just as AIPAC and DMFI have gained clout by focusing on a series of high-profile, winnable races, their progressive opponents must do the same. They can’t afford the level of disunity they have displayed this year.

Many factors influence whether a candidate can win. But in the current political climate, the best way to elect legislators who will challenge Israeli oppression of Palestinians is for progressive groups to unite behind a common position that maximizes electability: conditioning American military aid. Unlike the BDS movement, which remains obscure to many Americans, and is therefore easily demonized, imposing conditions on aid enjoys the support of a clear majority of Democratic voters. It flows naturally from the predisposition of ordinary Democrats to oppose US funding for human rights abuses anywhere. Conditioning aid is itself a form of sanction, and consistent with the BDS movement’s effort to impose a cost on Israel for its oppressive policies. Once a pro-BDS incumbent like Rashida Tlaib has proved their political strength, they deserve continued support from those funders who don’t make BDS a red line. But progressive funders should advise insurgents to campaign on conditioning aid rather than endorsing BDS as a whole, a position that can win broader support and be more effectively defended in the face of hostile attack.

Crafting a broad electoral front that includes both non-Zionist and liberal Zionist funders will prove distasteful to some in both camps. But the harsh reality is this: When it comes to political campaigns, AIPAC has changed the rules of the game. Progressives must either adapt or risk enduring defeat.

Analysis
For the Biden Administration, There Are No Red Lines On Israel
At the J Street Conference this past weekend, Secretary of State Antony Blinken delivered a speech fit for AIPAC.
Peter Beinart
Analysis
Israel’s Ascendant Far Right Can’t Be Understood by Analogy
In other countries, the right clashes with the center over the basic nature of the state—but Israel’s Itamar Ben-Gvir and his rivals are on the same page about ethnocracy.
Peter Beinart
Sign up for our email newsletter, featuring exclusive original content
Want original reporting and analysis on Israel/Palestine?
Sign up for the Tuesday News Bulletin.