Policing the Borders of Suffering

When it comes to concentration camps and other carceral spaces, the debate over vocabulary lays bare the inconsistencies in our fights for justice. 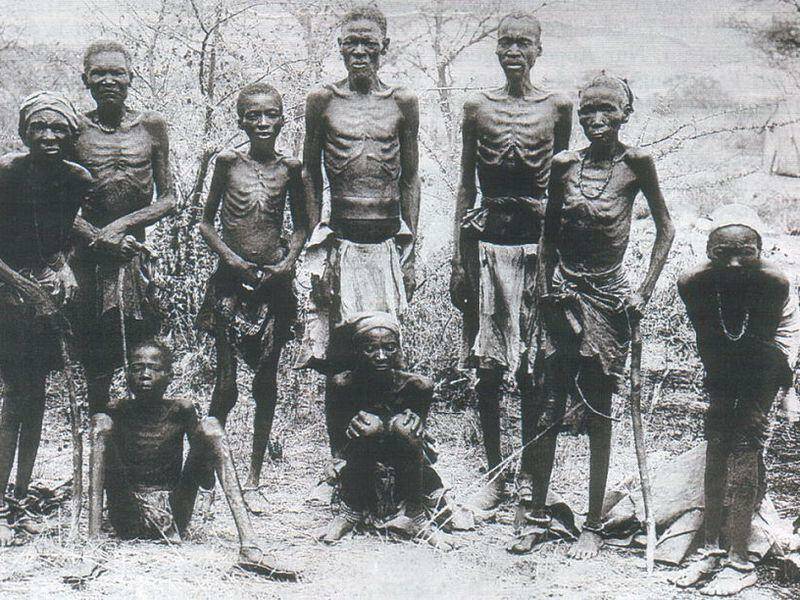 LIKE MANY AMERICANS, my first exposure to the idea of concentration camps came from public school lessons about World War II. But a later, formative influence on my understanding was the stories my mother told me about the Zimbabwean liberation struggle and the rural internment space in which she lived as a teenager, a space she has described to me as a “concentration camp.” As is often the case with structures of human containment, these camps’ architects described them euphemistically: the colonial Rhodesian government called them “protected villages.” The intention behind these village spaces, which held a number of rural families in a given area, was to cut indigenous civilians off from any contact with guerrillas fighting for independence; hers was one of several internment camps in Chiweshe, in northwestern Zimbabwe, not far from Mozambique, where there were guerrilla camps across the border.

My mother told me how people were woken by soldiers in the middle of the night, gathered into lorries with whatever belongings they could quickly pack, and brought to a completely undeveloped piece of land, where they had to erect their own shelters. There were no stores to buy food and only a handful of inconveniently-located water taps, so residents initially had to collectively struggle to subsist in the absence of more stable infrastructure. She recalled that the perimeter was surrounded by a wire mesh fence topped with razor wire, and encircled by a ditch. Armed guards—she recalled that they were conscripted indigenous soldiers, rather than white Rhodesian colonial forces—patrolled her camp. Passage into and out of the camp was carefully controlled by means of a single gate and a strict curfew. Residents were forced to carry metal identification cards that permitted exit and entrance; if there was a breach—if the liberation fighters cut a hole in the fence overnight—residents were not allowed to leave. This is how my mother lived from 1976 to 1978, from the age of 15 to the age of 17.

As my mother’s experience shows, concentration camps are not always created with explicitly articulated genocidal intent. Yet a particular understanding of the term “concentration camp,” taken to refer exclusively to camps of the kind that Nazis used in their attempt to eradicate European Jewry, has been put to use to critique Rep. Alexandria Ocasio-Cortez’s deployment of the term to refer to migrant detention centers on the southern border. Undoubtedly, Ocasio-Cortez intended the connection. Holocaust analogies are rhetorically and politically useful because they evoke a particular affective politic: when a marginalized group’s suffering can be successfully compared to the atrocities inflicted by Nazis, that suffering is legitimized, and afforded a specific kind of gravity.

Both mainstream Jewish institutions and non-Jewish liberal and conservative commentators took it upon themselves to censure Ocasio-Cortez’s use of “concentration camps,” with Rep. Liz Cheney accusing the freshman representative of “demean[ing]” the memory of those who died in the Holocaust. Jewish Currents’ Noah Kulwin writes that “in these cases the Jewish establishment steps in as umpire” to judge the validity of references to the Holocaust, taking on the task of conferring or withholding the legitimacy of the analogy. Such establishment figures often, Kulwin writes, offer “readings of the Holocaust [that] suggest that there are no broader lessons to be drawn from it, other than the unique persecution faced by Jews.” Holocaust Studies scholar and Editor-in-Chief of PROTOCOLS Ben Ratskoff described this phenomenon to me as a “possessive investment in Holocaust memory,” or the operating “assumption that Jews alone have authority over terms that ‘evoke’ the Holocaust—terms such as ‘concentration camp.’” In this way, the analogy functions less as a tool for mobilizing empathy and more as a means of emotional-historical gatekeeping.

It also functions to segregate memory of the Holocaust from a more dynamic interaction with German colonialism and European imperial history. Germany was party to two genocides before the commencement of the Holocaust. It carried out the genocide of Herero and Nama peoples in its colony in South West Africa from 1904-1908 and then supported the Ottoman Empire’s genocide of Christian Armenians, Greeks, and Assyrians as its ally during World War I—the latter was the case study for Raphael Lemkin’s coining of the word “genocide.” But the history of this genocidal trajectory has been eclipsed by the positioning of Nazi violence as singular.

The specific execution of the Nazi genocide was and remains unprecedented. What came to be described as “death camps” were spaces of industrialized genocide, in which Fordist technologies were applied to yield the deaths of hundreds in gas chambers and crematoria in just a few minutes. But while the specific brutality of the Nazi genocide was exceptional, the ideology and architecture of the Nazi camp apparatus was neither unique nor original. In the Herero and Nama genocide, concentration camps were used for the extraction of slave labor and as containment structures for indigenous people removed from their land through settler colonial depopulation. In the Ottoman context, camps were used to brutally dispose of remaining Armenians who had survived deportations. Both networks, described as “concentration camps,” were marked by sadistic physical and gendered sexual violence, summary executions, medical experimentation by physicians, and mass death by preventable disease and starvation, all in service of empire.

Given this, rather than center the Nazi Holocaust in our attempts to understand and describe modern-day American atrocities, we ought to broaden our historical analysis with more robust understandings of racialized space, carcerality, and colonialism as they extend beyond the European context—including in the United States itself. Scholars have offered various definitions of concentration, but as Kulwin points out, Andrea Pitzer, author of One Long Night: A Global History of Concentration Camps, defines the camps’ most critical characteristic as the “mass detention of civilians without trial.” The purpose of the concentration camp, as with any racialized or othering carceral space, is to suspend the humanity of the incarcerated people in the liminal space between the human and non-human. This suspension of humanity often involves the creation of material conditions that tend to lead to premature death: a lack of sufficient or nutritious food rations, as well as systemic overwork, abuse, and physical violence. The internment or concentration camp, though it lacks the breakneck speed and clear genocidal intention that made the Nazi extermination apparatus unique, is thus not so clearly categorically distinguished from the death camp. During the Second Anglo-Boer War in South Africa, the British Army used concentration camps to intern the Dutch and Huguenot-descended Boer population as it sought to assert imperial control over South African land and interrupt the Boer guerrilla campaign. Despite being created with the explicit intention to contain (rather than execute) the civilian population, more than 26,000 civilians—the majority of them women and children—died in the camps from a combination of poor shelter and diet and endemic disease such as measles, typhoid, and dysentery, which spread quickly through overcrowded conditions. Over 20,000 indigenous Africans died in separate concentration camp facilities, as well.

In the American context, we might also consider the muddied distinction between the concentration camp and the death camp by looking at domestic racial geographies—i.e., the way that white supremacy’s racial order structures the creation, governance, and use of space—particularly given that Hitler was inspired by Jim Crow segregation and by the United States’ settler colonial depopulation and theft of indigenous land using the reserve system. The modern American prison system evolved out of the system of enslavement, with “punishment for a crime” as the sole exception to the slavery-abolishing 13th Amendment. The prison functions as a labor camp, where incarcerated people—most of whom are black or otherwise nonwhite—receive what amount to slave wages for the labor-intensive agricultural and manufacturing work that organizers and participants in the 2018 prison strike describe as “prison slavery.” People regularly die preventable deaths in prisons, whether through neglectful policy, resource deprivation, or murder by correctional officer. In a letter to Angela Davis in November 1970, shortly after her arrest the previous month, James Baldwin described the fate that would befall her, George Jackson, and the “numberless prisoners in our concentration camps.” Baldwin recognized the structural systems of violence that placed the injustice of the prison-industrial complex into analogy with the concentration camp.

We can readily identify other racially restrictive carceral spaces that operate by the same logic as the concentration camp and ultimately produce the same result: the dehumanization of a population, broadly justified by social consensus. What, then, is the purpose of creating a strict demarcation between these spaces and concentration camps? Or, further, between concentration camps and death camps, especially when the length of detention is often unknown or indefinite? Is Guantanamo Bay still simply a prison when the United States government is now arranging plans for hospice care because the “terror suspects” are fated to age and die there? How do we describe Gaza, the open-air prison marked by movement-limiting checkpoints, subjected to airstrikes, and fixed within the broader eliminatory structure of Israeli settler colonialism?

This debate over vocabulary lays bare the inconsistencies in our fights for justice, reminding us that under white supremacy, some lives are more valuable than others. As we argue over terminology, we ought to ask ourselves: Is the typology affixed to a structure more important than the material conditions produced? Is the semantic distinction more critical than the urgency of our collective solidarity and intervention? Regardless of whether we describe federal detention centers as “concentration camps” or not, migrants will continue to be held and die there.