Poland’s New Holocaust Law Is Bad, But Not the Worst

The law is an overreaction to some common mischaracterizations of Poland’s role in the Holocaust, but it’s far from the worst example of legal revisionism in Europe. 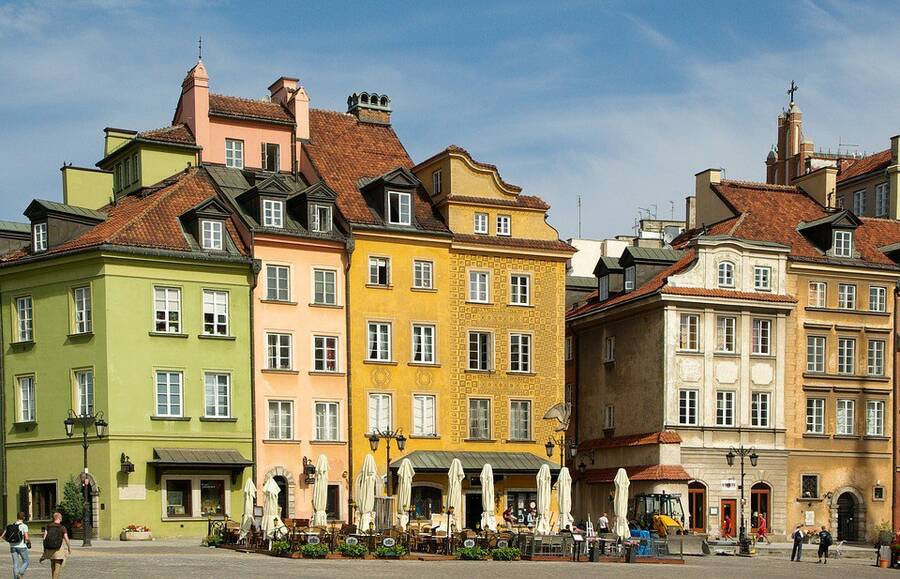 This article appears in our Spring 2018 issue.

IT HAPPENED rather suddenly, on the last day of January 2018. After three decades of a curious Polish-Jewish love affair that has had, like so many passionate dalliances, the beautiful, the routine, and the ugly, there came a rupture.

The beautiful had included the many thousands of Poles, particularly younger people, who, with or without any distant Jewish family background, have taken to deep-hearted commemoration, study, immersion, and truth-telling about the country’s annihilated Jewish population, which had numbered well over three million within the borders of the interwar Polish Republic. These Poles have been determined to make a difference in the cause of preserving some little part of what was for centuries an illustrious cultural center of world Jewry. From fighting to preserve a Jewish cemetery in the western Polish city of Wroclaw against property developers (and their foreign Jewish quislings) who are building their fancy new hotel there, to turning out en masse in Warsaw to counter far-right demonstrations, large numbers of Poles have shown a commitment that is underpinned by proud public action.

The routine includes the everyday relationships, institutions, projects, and friendships shared by Jews and non-Jews in Warsaw, Krakow, and elsewhere. Polish-Jewish contacts and partnerships are thriving. Then there is the ugly. Ugliness is not monolithic. It includes here a stubborn, deep-seated antisemitism rooted in the malady’s classic dual pillars in Eastern Europe: the major Christian churches, and ultranationalism.

So what happened on January 31st? The new law, adopted by both houses of the Polish parliament and then enacted on March 1st, warns that, “Whoever claims, publicly and contrary to the facts, that the Polish Nation or the Republic of Poland is responsible or co-responsible for Nazi crimes committed by the Third Reich … or for other felonies that constitute crimes against peace, crimes against humanity or war crimes, or whoever otherwise grossly diminishes the responsibility of the true perpetrators of said crimes … shall be liable to a fine or imprisonment for up to three years. The sentence shall be made public.”

The law is in some sense an overreaction to some common mischaracterizations of Poland’s role in the Holocaust, starting with the myth that Hitler chose to build concentration camps there because Poland was so antisemitic. He built them there because that is where the Jews were, more than three million of them. Nor did the Nazis generally recruit Poles to do the actual killing of Jews, as was the case in Estonia, Latvia, Lithuania, and (western) Ukraine, among others. There were, to be sure, atrocities committed by Poles, such as the 1941 massacre of the Jews of Jedwabne—powerfully researched and immortalized by Jan Gross in his masterly 2001 book, Neighbors—and the unthinkable pogrom at Kielce, in 1946, just months after the end of the Holocaust.

But these Polish atrocities do not define Poland’s overall role. Over 6,700 Polish men and women are recognized by Yad Vashem as Righteous Among the Nations, gentiles who risked everything to save a Jewish neighbor. That’s more than a quarter of the total figure for Europe. Poland’s fate under Nazi rule differed significantly from that of a number of countries to its east. Poland’s western and central core, including its capital, Warsaw, were invaded by the Nazis on September 1, 1939, and subjected to humiliation, pillage, and mass murder that resulted over the course of the war in millions of Polish deaths (very different from these other countries, where ultranationalists continue to revel in their 1941 “liberation” by Hitler from the yoke of “the Soviets and the Jews”).

READING THE ENTIRE text of the new Polish law is instructive. Before the “Jewish issues” section comes a longer, and truly bitter, “Ukrainian issues” section. In a kind of irony, Polish and Jewish historic memory are as close as they can be, one to another, concerning the Ukrainian fascist organizations led by the likes of Stepan Bandera, whose hordes butchered hundreds of thousands of Jews and Poles in the interests of “Ukrainian patriotism.” This is made clear by the Polish law, which explicitly names the crimes committed by Ukrainian nationalists.

Substantially worse laws have already been enacted in Hungary (2010, with prison sentences maxing out at three years), Lithuania (2010, two years max), or Latvia (2014, five years max). What these laws mostly do is criminalize opposition to the “Double Genocide” theory (“there were two Holocausts”) that I wrote about in the last issue of this magazine. In the case of Estonia (2012), and of Ukraine (2015), they focus on criminalizing critique of their nations’ Hitlerist militias, which is altogether different from the new Polish law.

The upshot? Younger people will not dare oppose the state-sponsored fake history if doing so is illegal. Many will emigrate, and can nowadays move to any European Union country without a visa. The real victim, therefore, is Eastern Europe’s intellectual, ethical, and historic potential. That potential cannot be realized until their citizens enjoy the same degree of freedom of speech, even on the locally explosive issue of history, as their fellow European Union citizens enjoy in, say, Britain, France, or Germany.

This brings us to the story of 21st-century American, Israeli, and general Western silence about these outrageous legislative acts that criminalize truth-telling about the Holocaust. When it happens in other NATO and (eastern) European Union member states, including Hungary, Lithuania, Estonia, Latvia? Utter silence! But in Poland? Hell breaks loose. The law has scandalized much of the Western and Israeli media. Even Benjamin Netanyahu’s government, which has been providing cover for antisemitism in Eastern Europe for years, rapidly protested (though it is now showing signs of relenting). Democratic countries, it was suddenly noticed, don’t legislate “historic truth” and threaten to put in prison those who question it. Nor do they use the law to argue about the degree of their own nation’s collaboration with the Holocaust.

Poland’s “blunder” here, which triggered the rapid and forceful reaction, was its honest injection of the ruling party’s antisemitic feeling into the law’s wording. The other Eastern European nations’ laws, seeking to “change” the actual historical record (and export this bogus new paradigm to the West), making fallacious “equations” between very different regimes or glorifying Holocaust collaborators unknown in the West, are vastly more careful to word things in an impeccably legalistic egalitarian mode that passes right under the radar.

Whereas the Israeli government rushed in rightfully to condemn the Polish law, here in Lithuania, the Israeli ambassador, Amir Maimon, recently helped legitimize the project to officially name 2018 for Adolfas Ramanauskas, who led a pro-Nazi militia during the early days of the Holocaust. Hoping (naively) for a favorable-to-his-government vote on Jerusalem in the United Nations, the ambassador, in a low point of Israeli diplomatic history, posed in December 2017 with portraits of the alleged Nazi collaborator. This was after the Simon Wiesenthal Center had rightly issued a statement condemning the choice for the honorific naming of the year 2018, noting that “the decision to honor Ramanauskas is another outrageous decision in a country still reluctant to honestly confront the role of its nationals in Holocaust crimes.”

It is time for America and Israel to stop collaborating in the real Eastern European plot, Double Genocide theory, that maliciously, with blatantly antisemitic overtones, undermines the history of the Holocaust and its eternal lessons for humanity, one of its corollaries being that Eastern European perpetrators should be glorified for being “anti-Soviet.” This requires sometimes disagreeing with governments of Eastern European allies, notwithstanding our uncompromising and permanent support for their everlasting security in the face of the truly ominous Putinist threat from the east. When it comes to telling the truth about the Holocaust in Eastern Europe, Western governments’ “don’t ask, don’t tell” policies belong on the bonfire of history.

Dovid Katz is a Brooklyn-born, Vilnius-based independent Yiddish studies and Holocaust scholar, and the editor of Defending History.com. He is at work on his Yiddish Cultural Dictionary.

ArticlesWritings Grid
The “Double Genocide” Theory
Dovid Katz
Writings GridBlog-Shmog
When “Putin” Becomes an Excuse for Hitler-Glorification
Dovid Katz
Sign up for our email newsletter, featuring exclusive original content
Short on time?
Sign up for our weekly Monday roundup of everything you missed in Jewish Currents last week.