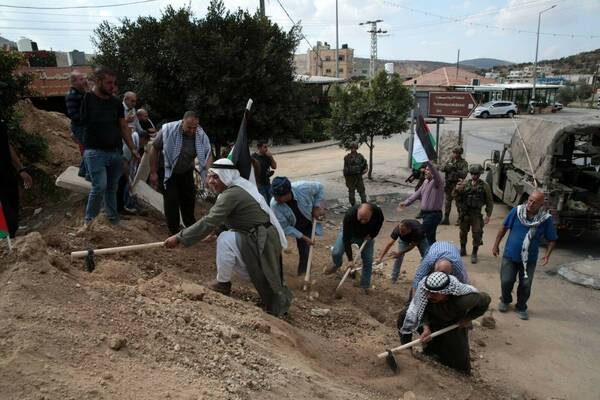 Palestinians and supporters attempt to remove an earth mound newly erected by Israeli forces near Deir Sharaf, west of Nablus, in order to cut off travel on October 20th, 2022. Since October 11th, following the killing of an Israeli soldier by the Nablus-based armed resistance group Lions’ Den, Nablus has been under Israeli closure, blocking most of the entrances to the city. The closure represents an act of collective punishment, a frequent tool used by Israeli forces to maintain control in the West Bank. No such policy is used against Israeli settlers. Photo: Anne Paq/Activestills.