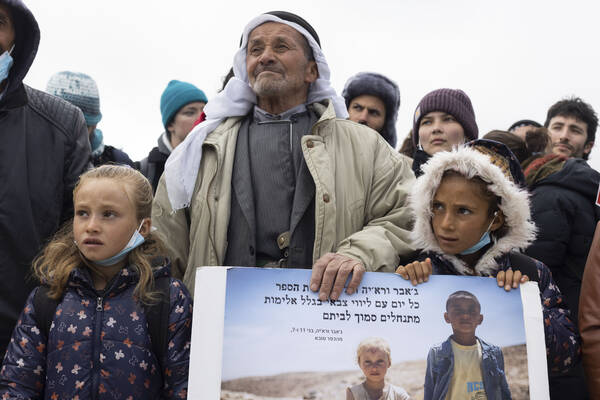 On March 15th, Palestinian families and their supporters protested in front of the Israeli Supreme Court in Jerusalem during the final hearing on Israel's plans to expel over 1,000 residents living on their lands in Masafer Yatta (also known as the South Hebron Hills), in the southern West Bank. For decades, the Palestinian residents have been subjected to Israeli demolitions, raids, and arrests and have had their lands declared a "military firing zone" in an attempt to cleanse the area for the benefit of Israeli settlers.