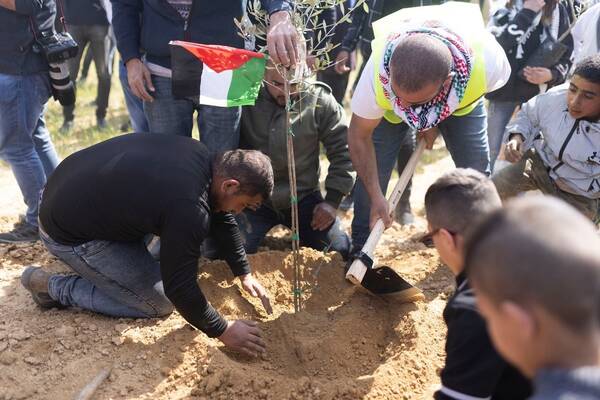 On March 26th, Palestinians commemorated Land Day in the village of Sa'wat Al-Atrash, in the Naqab (Negev) region of Israel. Land Day is marked every year to commemorate the day in 1976 when six Palestinians were killed and hundreds were injured in the Galilee while protesting Israeli land confiscation in favor of Israeli settlers. The March 26th event was held in Al-Naqab following recent tensions between locals and Israeli authorities after locals have had their agricultural crops damaged and lands raided repeatedly by Israeli authorities.